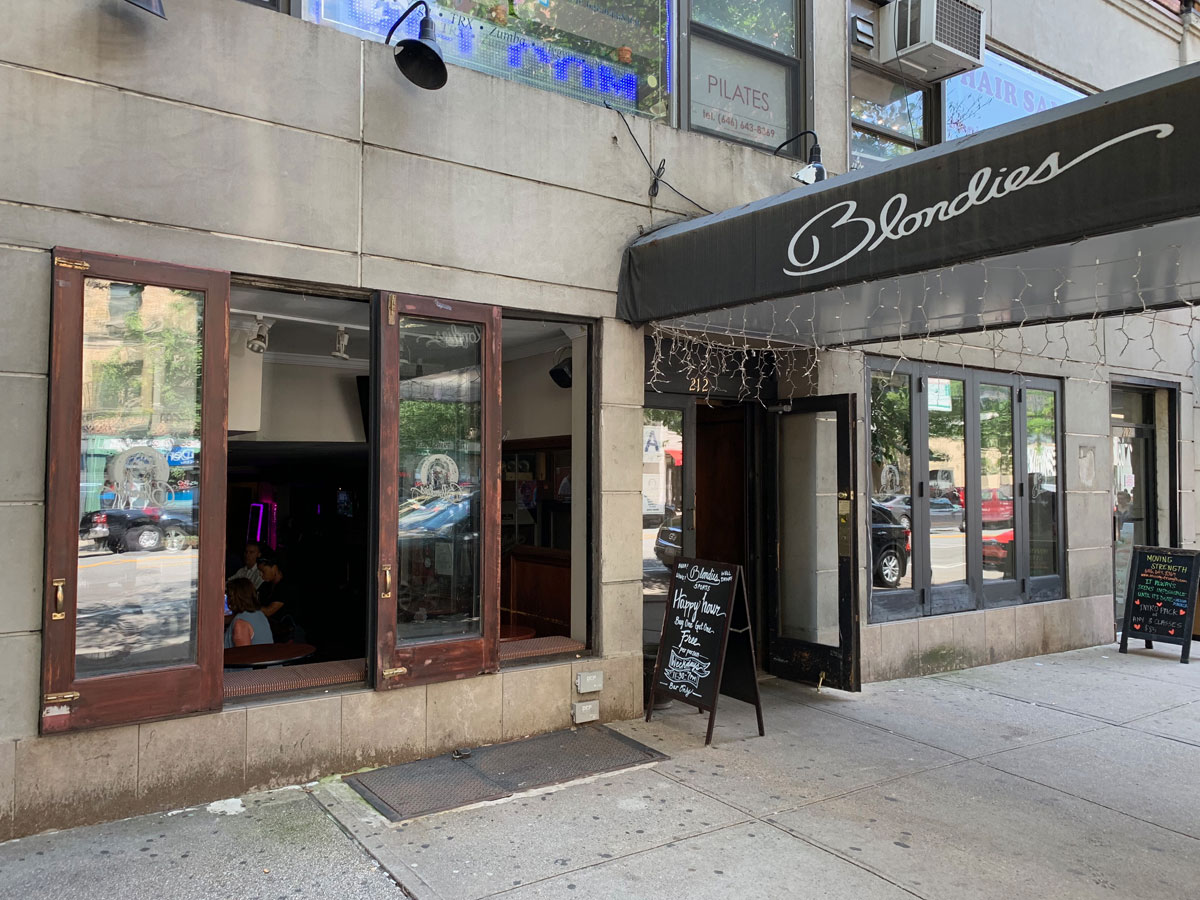 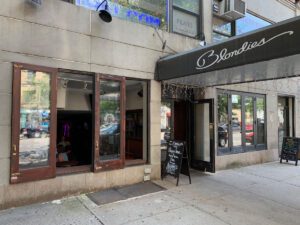 For a bar/restaurant on the Upper West Side, Blondies is about as close to a dive as you might be able to get. But not like an intentional dive. You know the kind with the pool table, jukebox and random taxidermy. This isn’t that. It’s more like a tired restaurant whose heyday has passed it by. A restaurant whose owners at one time cared about what the place looked like. If the floors were clean. If the paint was fresh. If the furniture didn’t look like it was bought at a an old Bennigan’s liquidation sale.

Now the patrons look over and around all this because of one thing: the wings. And maybe like a Mets game or something if they’re really sad sacks. They ignore the paper on the tables, the low ceilings and the unsightly HVAC units. They are willing to give a pass to the oddball rooms, the stained menus and the lighting right out of a Motel 6 standard double. All in the pursuit of the mighty chicken part. That crispy, saucy blue-cheesed delicacy that seems so simple, but is an art form in itself.

We patronized Blondies years ago. I feel like maybe some Yankees TV announcer was there. And then years later, Hipster Jr. had a soccer game at Asphalt Green. Despite that field being on the Upper East Side, we came here because he wanted — needed — some good wings. Even several years ago, he rolled up, saw the grimy facade and turned to me, “Here?” Yes, I promised him. Despite the obvious pee and city dust collecting outside, the food would be edible and delicious. From what I recalled from a decade or two prior.

To this day Hipster Jr. asks if we can go back to Blondies. He cares not a wit about what a bar feels like. All he can remember are those sweet, sweet wings. Not literally sweet, of course. But just so perfectly wing-y. And, honestly, despite my hyperbolic rant about the condition of the joint, it is a sports bar, after all. It’s a bar where large dudes in large Giants jerseys slop hot sauce and Bud Lights into their gobs. They have food. They have beer. They have TVs. And they have servers who know their clientele isn’t there for a fancy-pants time, and treat the experience as such. They’re appropriately friendly and, I imagine, appropriately patient with the crowd there to cheer, chow and chug. Don’t be a picky piece of shiz like me. Eat some wings, enjoy life and don’t look too closely at the crevices.