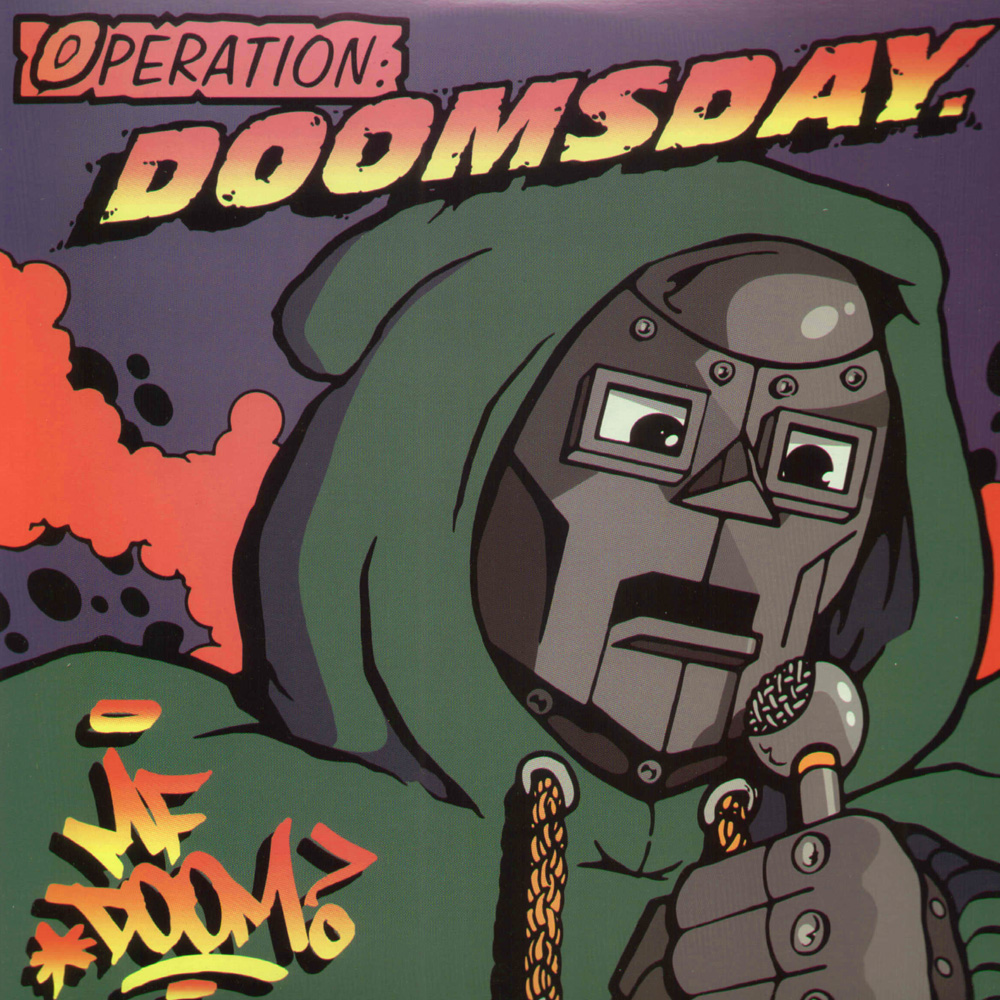 Love him or hate him, MF Doom is the choice of all white guy hipsters when it comes to hip-hop. Who else can mix up cartoons, stoner humor, Godzilla movies and bad sci-fi? I can’t really pretend to understand what the hell is going on in his head, but it’s a place I could maybe visit, but certainly wouldn’t want to live. He comes with references so diverse you’d think he was, dare I say, a pretty well-read and worldly guy. Granted, I watched a lot of television growing up too, so who the hell knows where he gets it? His delivery is always on point. He has so much control over his patter, not going all over the beat like that sloppy mumble-mouth Jay-Z. Maybe I’m just old school, but I like a guy who can stay on beat. I mean what’s the point of having a beat if you’re just going to ignore it? The samples are all over the place, using weird jazz stuff and what sounds like 70s soul and old sci-fi and Godzilla movie clips and cartoon stuff. He’s the master of the twisted originality. His voice has certainly changed since his KMD days, and so has his physique. Covering his face with a metal mask probably doesn’t help either. But any guy who can rap to the Scooby-Doo theme is my man.