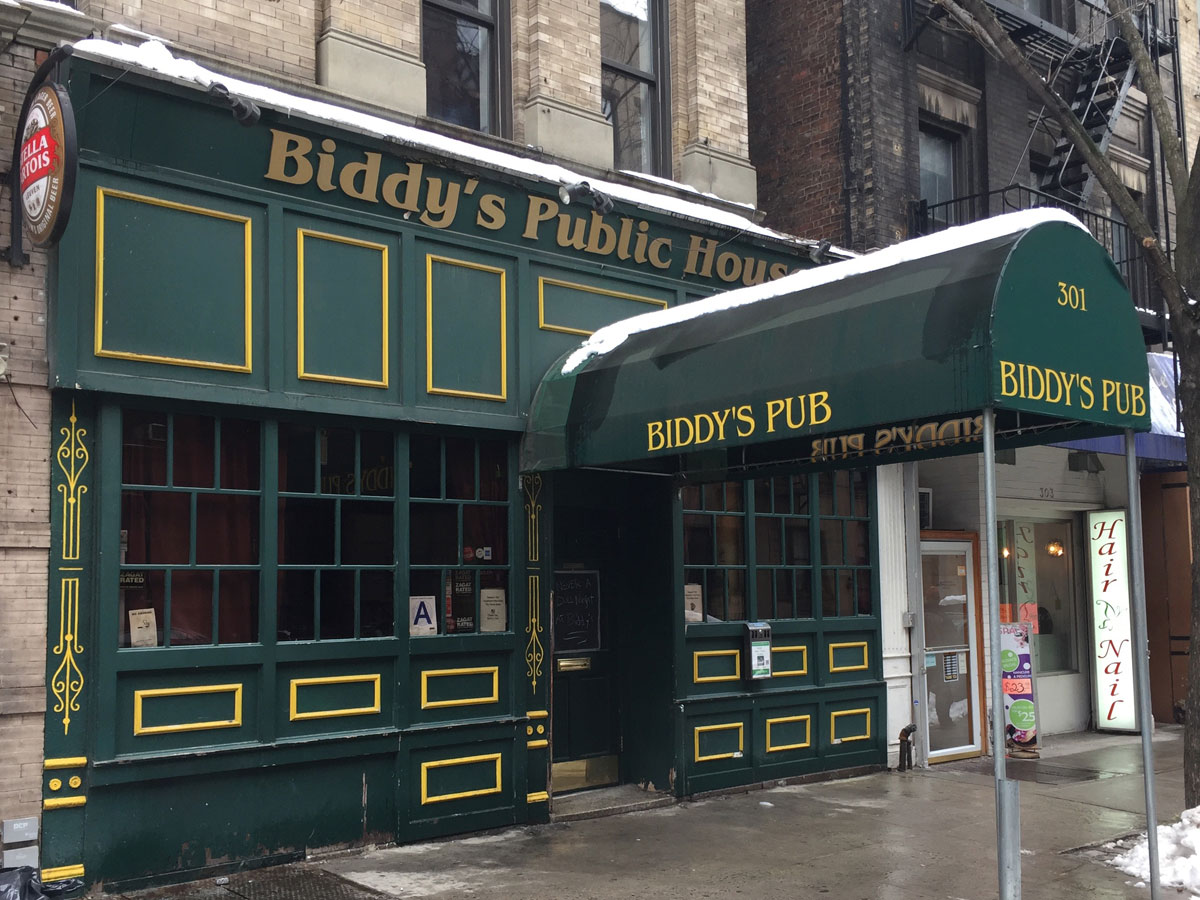 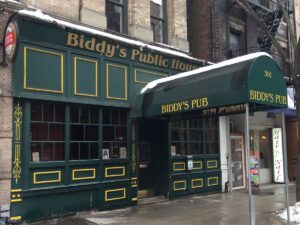 The name makes it sound like there are a bunch of blue-haired yentas hanging out in this joint. Apparently my Irish vernacular isn’t so good, as a biddy is also an Irish serving wench (or something to that effect). Whatever the meaning behind the term Biddy, the experience here is nothing short of a booty-shaking riot. Okay, we’re totally full of shit. Biddy’s is the grandchild of its long-dead ancestors, Judge Crater’s and Pedro’s. As such it has many of their characteristics. You have the small, wooden space that still fights with the ghosts of millions of cigarettes past. You have the dim lighting that somehow makes this box of a bar seem a tiny bit bigger than it is, and hides the fact that some of the clientele still have zits on their downy cheeks. It’s a neighborhood bar, pure and simple. It’s that little pub where the owner remembers what you want, serves it with a smile and appreciates your business. There seems to be less and less of these places in Manhattan of late, and especially in the soul-less streets of the Upper East Side. Finding a joint with some personality on the UES is like finding a socially-adept looker in flat-front slacks in the IT department of any company on Earth. The shit just doesn’t exist. So, while Biddy’s may not be Spring break in Daytona Beach (or even the Celebration of Andrzejki in Greenpoint), it’s certainly good for a mellow, mid-week beer or three. [MF]