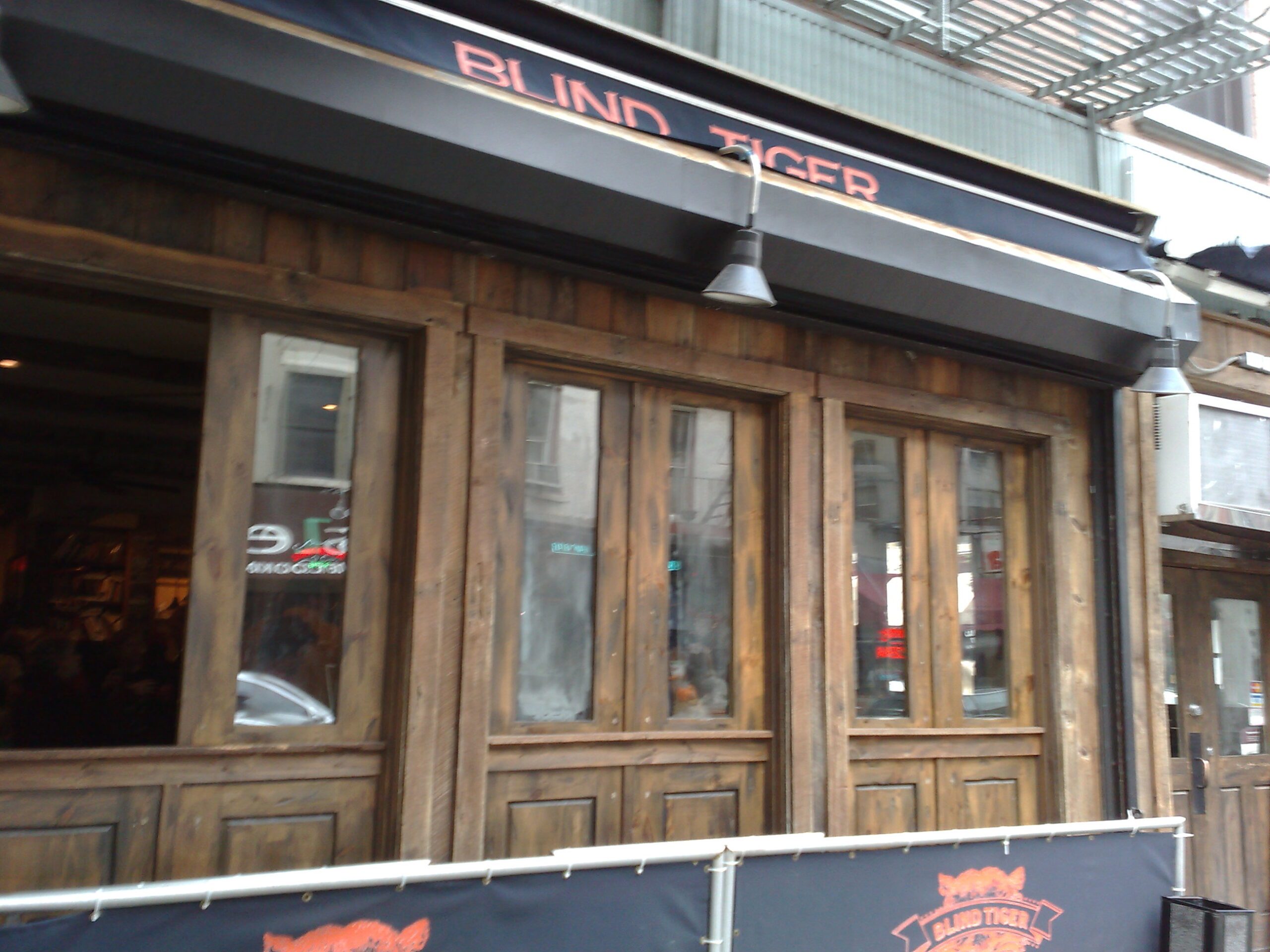 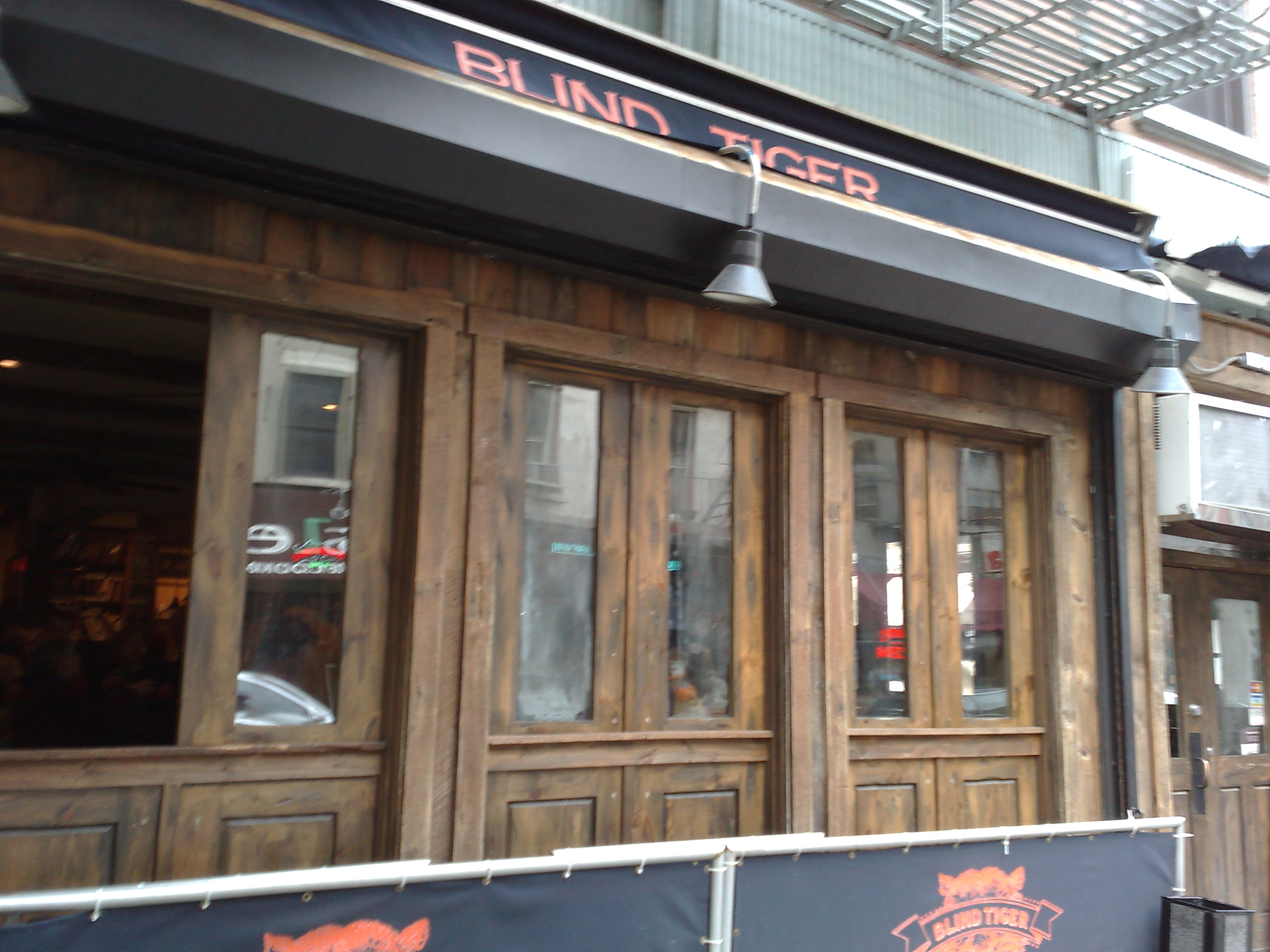 The scene of one of my most embarrassing drinking escapades happened at the old Blind Tiger Ale House right before they closed shop. I won’t go into detail, but suffice it to say that there was probably one pissed off barback that night. For some reason that old location elicited that type of behavior, whereas the new one inspires the appreciation of beer and everything that it stands for. The new Blind Tiger, with its liquor license in limbo, actually started off its days as a coffee house. I believe they continued in that capacity for about a year or so until their license did in fact get approved. The Hipster Family were direct beneficiaries of this unfortunate situation, as we inherited one giant bag of un-ground coffee beans when the owner gave it to Ms. Hipster, telling her that he never wanted to see the stuff ever again. And, with that, the Blind Tiger became what it was always meant to be; a casual, non-gimmicky pub where adults can gather after work to enjoy a beer or several. Look, I’m not going to pretend to be a beer aficionado. I’ve been known to swill anything North or South of the Silver Bullet without much complaint, but even I’m impressed by the large and varying menu of microbrews these guys have on tap. Luckily the staff has a good handle on the product thy serve, and were nice enough to answer my question which fell somewhere in the vicinity of: “Do you have anything that tastes more like Bud than soy sauce, but still won’t embarrass me when I walk back to my buddies over there who happen to actually know something about beer?” I ended up with something in a flutey type of glass, and I think it had the word “bastard” or “old guy” or “dead” in it. While the glass was embarrassing, apparently my choice was good enough to have my friends asking for a taste. Regardless of whether my brew tasted like flowers or dead grass or chocolate, the bar offers up something for every taste (except the tasteless). The bar itself has a classic pub feel, with lots of wood, handwritten boards, high tables and a fireplace. It feels very cozy and inviting, but with a touch of modern adultness about it. The crowd certainly trends older than your typical Village bar, and skews towards the after-work type during the week. The weekends are always a crap shoot, but the one Saturday night we were there, we found that the audience for funky brews was apparently born mostly in the early to mid-70s and have appreciation for clothing a little more sophisticated than a “Sex, anyone?” t-shirt. I’m a little sad that I’ll no longer be able to use the Blind Tiger floor as my own personal science experiment, but am happy that someone actually put in the effort to open a place where my old self wouldn’t be invited. [MF]