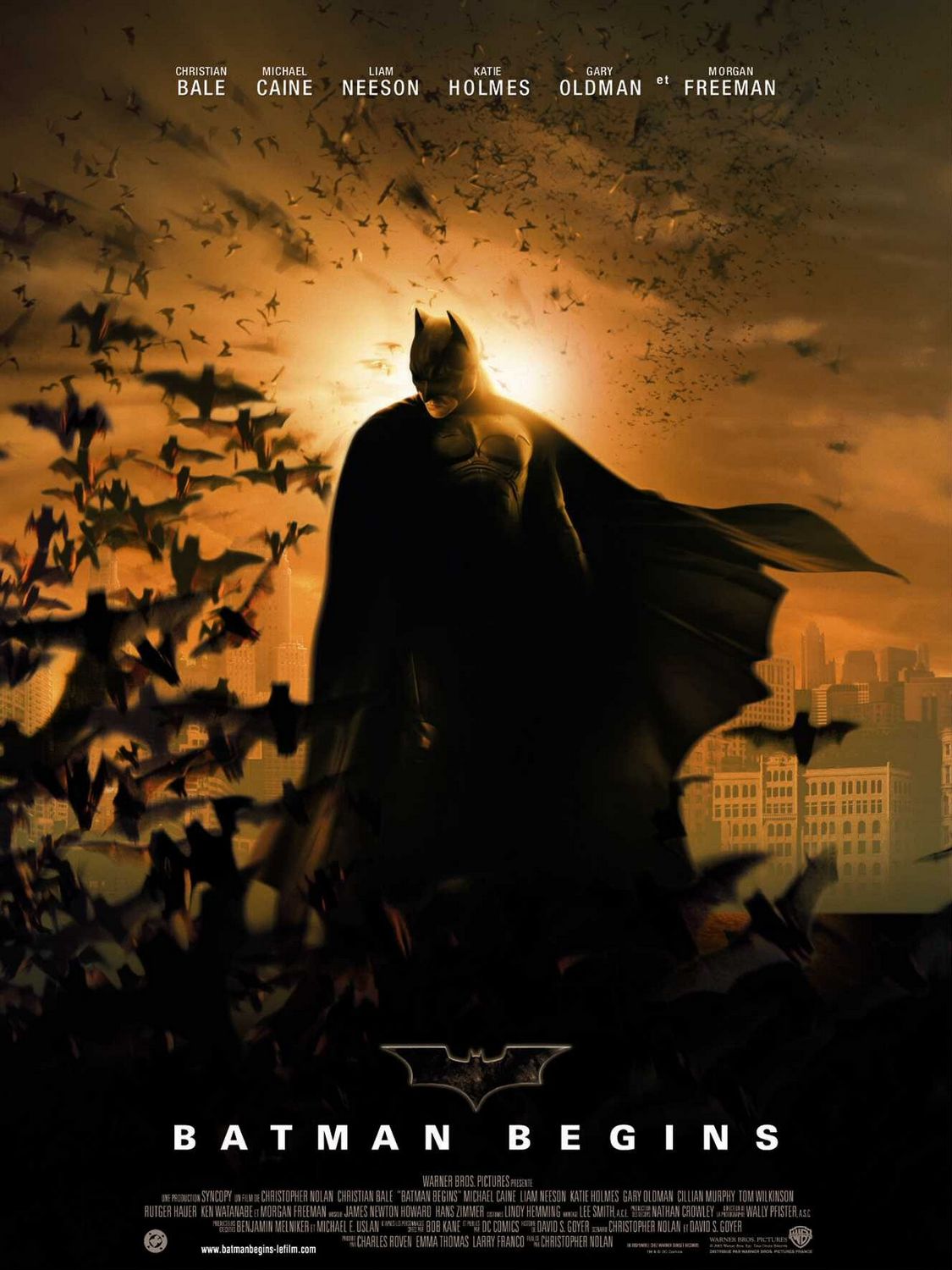 I’ve never been a comic book guy. Sure I had my fun with baseball cards and the Sunday Los Angeles Times funnies, but I’ve always found dudes who read comics to be kinda creepy. My perspective has changed somewhat in the past couple of years as friends of mine whom I love and respect have come out of the closet and admitted to their collections and avid readership. I’ve even delved into one or more graphic novels just to see what all the hubbub is about. I must say that I still don’t get it.

Now TV I get, and this is where the vast majority of my Batman exposure comes from. Whether it was the Batman cartoon, Super Friends or the live action show with Adam West, I always liked Batman for the very fact that he was just a normal dude with a fancy suit and a belt full of gadgets. There were no radioactive spiders or red suns to cloud the reality factor with this guy. Despite finding this a great plus, I never really knew the back-story on this Bruce Wayne guy.

I got from the first Tim Burton Batman that his parents were killed and this made him want to fight for justice. Beyond that I knew very little. Batman Begins answered any and every question (just about) that I’d want to ask about why Batman is Batman. It’s so comprehensive and well done that it honestly makes me embarrassed for the others who have tried in the past (and it takes a lot for me to feel bad for that hack, Joel Schumacher). It makes you realize that all the other directors took completely the wrong tack when approaching the subject matter. Batman may be a comic book hero, but that doesn’t make it necessary to treat him like a goofball. The director of this version, Christopher Nolan, plays it completely straight and manages to make not only a great comic book movie, but a good film as well.

This is a long way from Memento for Mr. Nolan, but he pulls it off as if he’s been doing action/adventure movies for years. The fact he can swing so wildly from tense indie film to bleak drama (Insomnia), to this grand scale action movie is quite impressive, and will undoubtedly have the offers flooding in. Likewise for Christian Bale, who’s been one of those weird actors who seems to have everything going on, but just hasn’t broken through in the screen idol kind of way so many other good-looking dudes have. I honestly find him a little distracting. It seems as if he has a mouthguard in his grill at all times, and he always seems to be covering up an accent by talking like a radio dj. That’s just me, of course, but given the fact the only part of Batman that is visible when he’s wearing the suit is his mouth, I kind of started to fixate on it.

Regardless, Bale does a good job as Batman, and even seemed to bulk up for the role (especially after dropping like a million pounds for his movie, The Machinist). Unfortunately Katie Holmes’ character is just such a goodie-goodie, do-gooder, good for nothin’ whatever that you just want her to shut the heck up half of the time. She’s damn lucky she’s cute (and dating Tom Cruise). It’s also odd seeing Liam Neeson in a very similar role that he played in Star Wars: Episode I. He’s like Bruce Wayne’s Jedi master. He teaches him all sorts of cool ninja-like fighting techniques (much of them with swords) and tells him to overcome his fears in order to gain strength. Sound familiar?

Anyhow, this is all the stuff I had no idea about Batman. I thought all of his power came from that darn belt, but it turns out he’s actually trained in the mystical Eastern arts. It also turns out that all the cool gadgets come from a Q-like character (James Bond reference) who just so happens to work for The Wayne Corporation–in this case played by Morgan Freeman. His whole bat obsession comes from a traumatic childhood experience when he falls in a well and is swarmed by bats. Who knew?

So it turns out that there is not just one bad guy in this version of the film; there are many. Gotham city is aswarm with evildoers, and Batman/Bruce Wayne is out to stop them all. Of course that’s impossible and is one of the many lessons Bruce learns in his dalliance. Oh, and the new batmobile, despite looking kinda hokey in the commercials, turns out to be supercool. the chase scenes with the thing are absolutely amazing. I could have watched two hours of just that.

The coolest part of the film is the twist on the superhero myth. Which is the true man and who is truly wearing the mask, Bruce Wayne or Batman? It isn’t that interesting out of context, but watch the movie and you’ll realize that there is something deeper going on here that really reaches places above and beyond the usual superhero action flick. See it just to see Gary Oldman play a normal schlub and Michael Caine play the best Alfred ever.