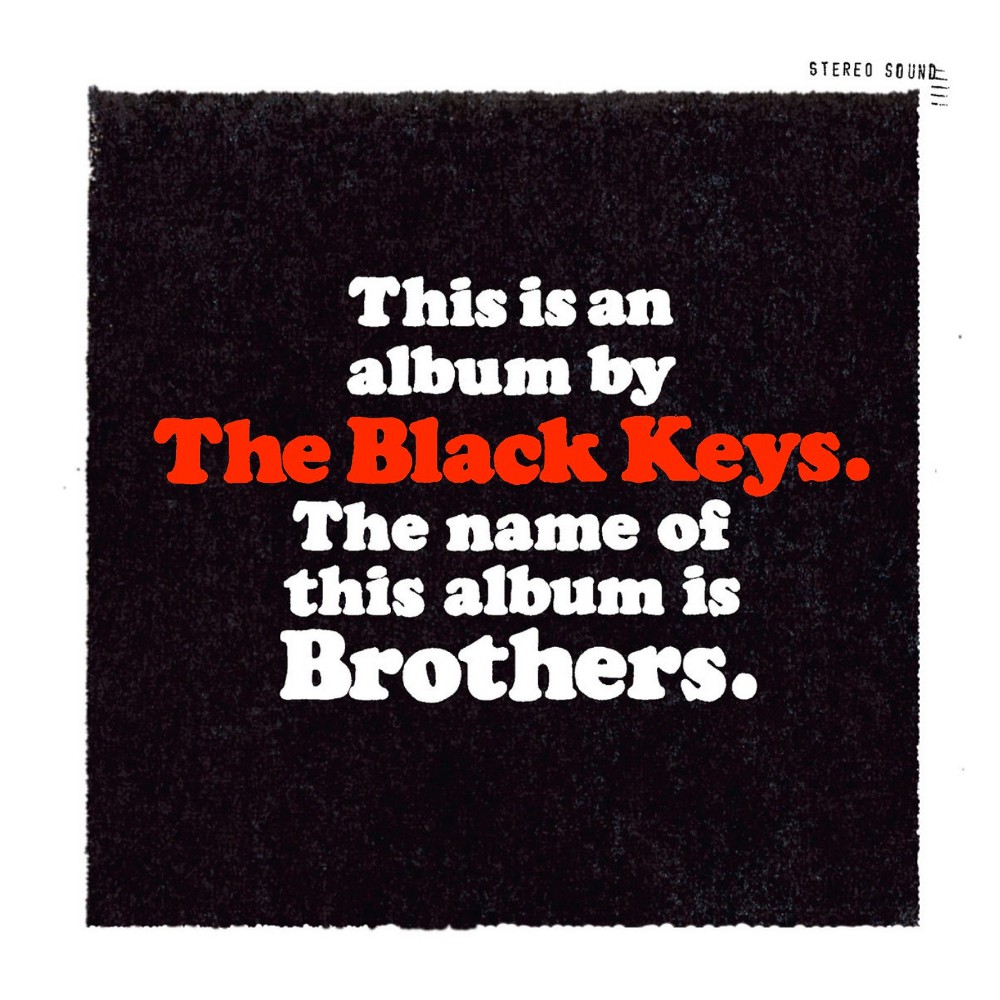 I understand the understated aesthetic on this newest cover, but this taking it a bit too far. Unlike the cover, the duo has actually expanded their sound (and I understand has officially doubled their lineup to become a quartet) in ways that moves them beyond just a rad Ohio blues band and/or Danger Mouse’s latest pet project. They are now a full-fledged indie rock powerhouse. They’ve clearly learned some tips and tricks from DM and have put them to use in much more subtle ways than on Attack & Release, which sounded forced and uncomfortable at times. They’re still a blues band at heart, but on the intro, “Everlasting Light,” for instance, our buddy Dan Auerbach sings in a lovely falsetto and adds some sweet backing vocals that evoke like Motown put through a gnarly rock blender. The production is tight and the songs swing with 60s and 70s flourishes throughout. The whole thing gives it a timeless flavor that deserves to be cranked at full volume either at night in a smoky poolhall or in a car on a summer day with all the windows rolled down, sunroof open and the smell of beer and suntan lotion in the air. Definitely the coolest album of 2010 so far.