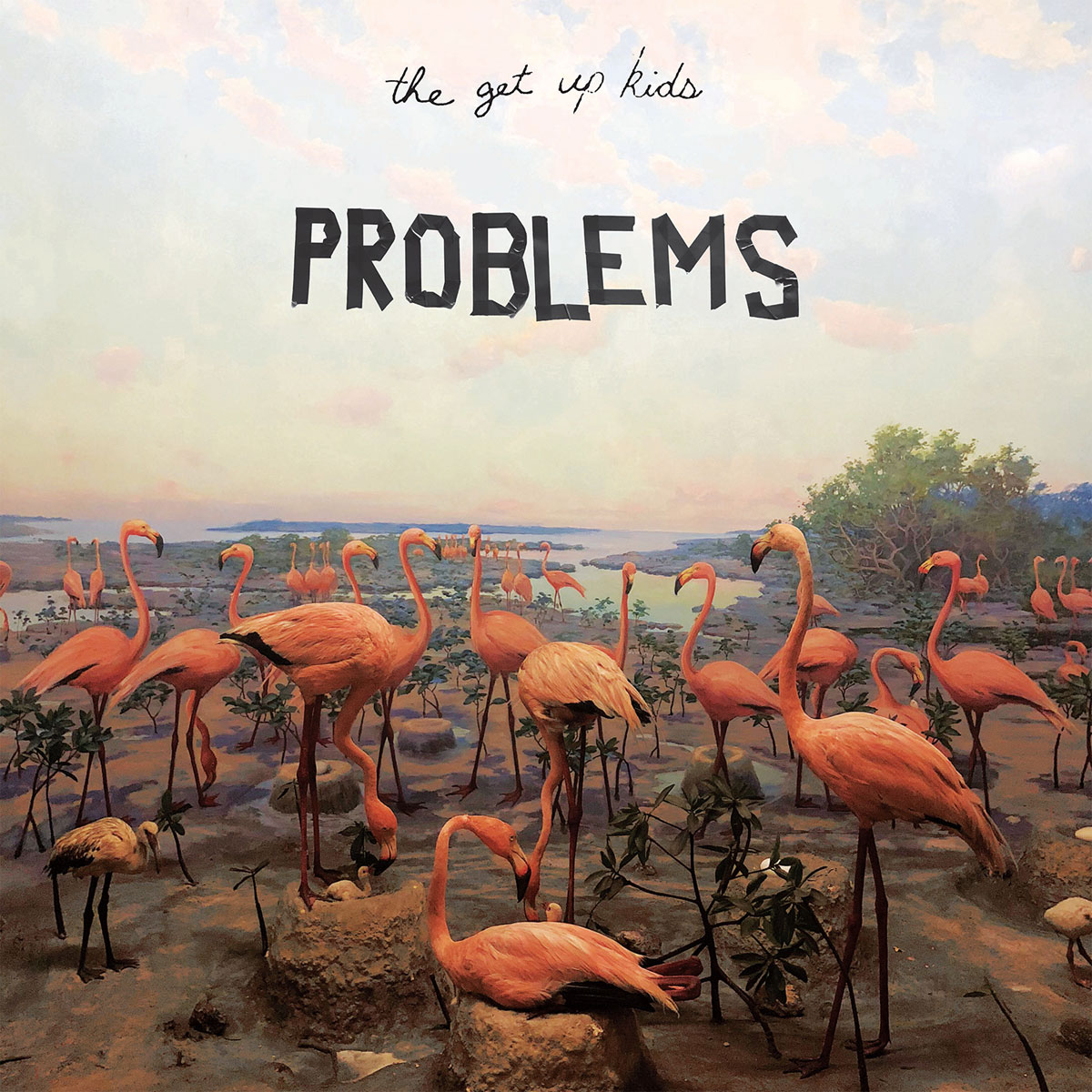 The Get Up Kids: Problems

The Get Up Kids were like the bratty kings of second-wave emo back in the late 90s. I listened to their 1999 album, Something to Write Home About, more times than I care to admit. Plus, they were blamed for the next wave of emo kids, who took the genre, added a layer of pop gloss and ruined the radio waves for years to come. Though they did inspire some of my guiltiest of pleasure tunes from the mid-aughts.

This is all to say that twenty years on, these emo gentlemen are still pumping out tracks that don’t sound wholly disconnected from those they banged out in their youth. Because who said guys in their early forties can’t rock? Well, honestly, lots of people, but they were usually the same dudes The Get Up Kids complained about in their songs back in the day. Instead, they’ve taken a page out of Superchunk’s latter-day playbook and decided that there is absolutely nothing wrong with going back to traditional college radio rock ‘n’ roll. I imagine The Get Up Kids have a healthy amount of respect and idolization for Superchunk based both on their sound and on their career arc, so it’s not a bad band to model your strategy after.

Now, The Get Up Kids did their whole “mellow” downturn on 2002’s On a Wire that a lot of pop punk / emo bands go through after they gain a modicum of fame doing the high-energy pop punk thing. Funny enough, this was their kind of attempt at a Lou Barlow-esque feelings album that wasn’t wholly successful. In fact, they prove their fandom to the current Sebadoh and former/current Dinosaur Jr. dude with a song in his honor on this album, appropriately titled “Lou Barlow.” Thing is, that move didn’t really work out so well for them back on ’02. It wasn’t really what people were looking at from them. They had the much more sexy Dashboard Confessional stuff to turn to at that time. And this song to Barlow on their album seems to recognize that fact almost directly. Or maybe I’m projecting. But they essentially say that they poured their heart out, tried to be what they thought they should be and were flatly rejected by their fans and have been battling back ever since.

And even if my sense is completely off, it all makes sense after a few spins through this album. Because it feels like, with this album, the band has finally come full circle. They have all the cool elements of their old selves — even including some more subtle keyboard flourishes — but have tempered the spazziness that was probably what ground against some people’s ears in the early incarnation of the band. I was fond of the out-of-controlness that attended their early stuff, but this feels like a more mature version of that. A more mature version that still feels like rock ‘n’ roll and not some douche on an acoustic penning sad love letters to his ex and complaining about the high school bullies who put him on the path to self-hatred. Plus great melodies and really decent hooks. And some emo, of course. But like adult emo. Adult relationship emo with a sense of mortality. Just like all 40-somethings wake up with every day of the week. It’s not your father’s emo. It’s your emo.