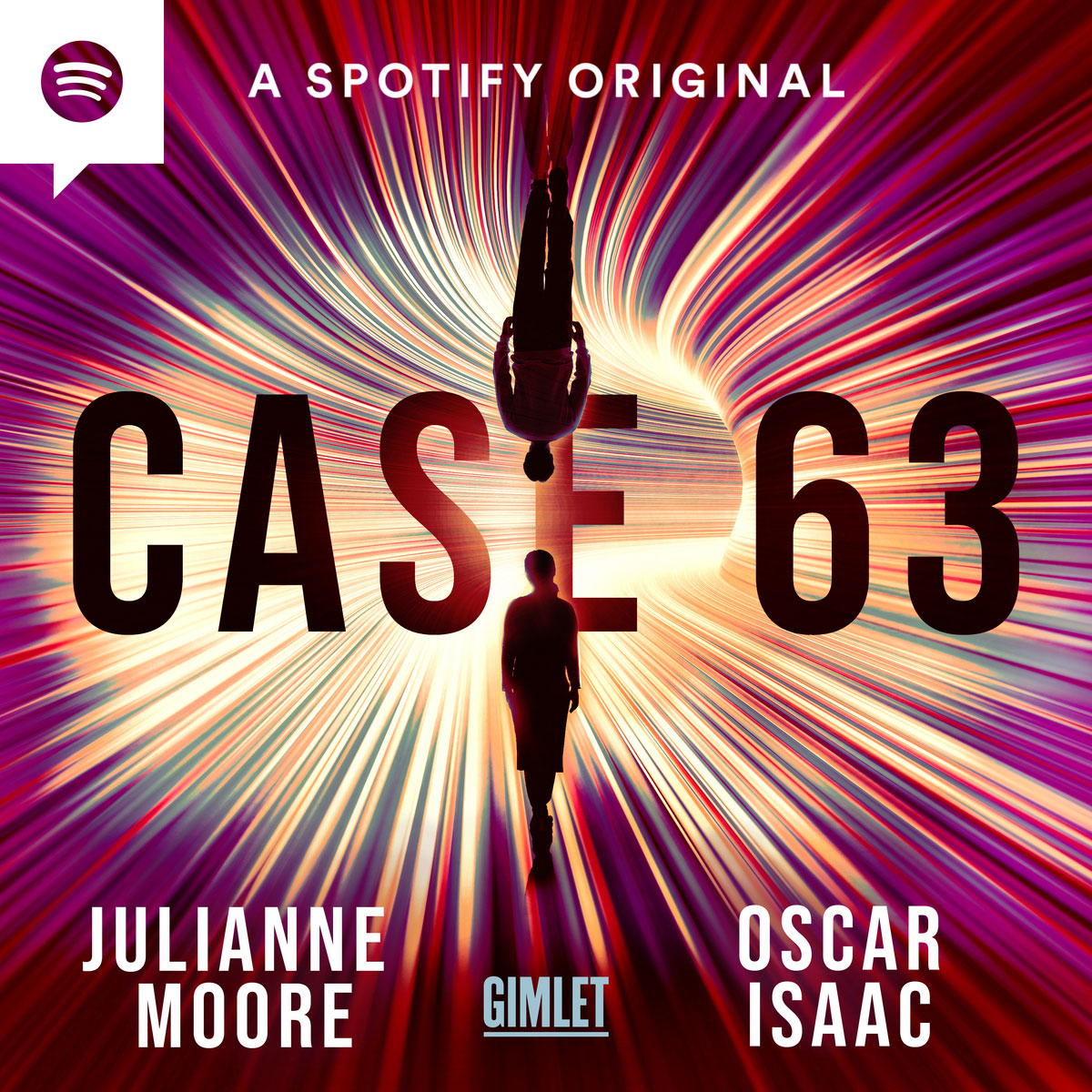 I feel like podcast fiction can be a bit of a mixed bag. Because you don’t have the visuals of television or the ability for internal monologue or asides of a novel, they often rely on gimmickry in order to tell a story. And that gimmickry, nine times out of ten, is done using recordings. So there always has to be some excuse as to why characters are recording themselves as they go through narrative exposition. You know, a character pulling out a tape recorder to get down the details of what action is or has happened from their perspective. Or voicemails. Or, in some way, an audio recording of the action so that we, the audience, can know what the hell is going on. I suppose they could just do it in echo-ey voiceover like in a bad film, but that would be super-cheeseball. In any case, Case 63 applies this tried and true gimmick. Because the whole thing is essentially just recordings of patient, Peter Roiter (Oscar Isaac), and psychiatrist, Eliza Knight (Julianne Moore), dialoging.

Yes, here are two reasonably prolific Hollywood stars in a freaking podcast. This world is weird. Even weirder is that this is an English remake of a Chilean podcast, which in its original Spanish was obviously titled Caso 63. I can’t imagine Isaac looked at his packed schedule and was like, “Man, I gotta hop on that Chilean creative gravy train and voice act an odd science fiction series that twelve people will hear about upon release.” This ain’t Star Wars, after all. I suppose maybe the ease of recording a script reading from your home has its attractive qualities. But, man, if I were them, I wouldn’t get out of bed for less than a cool mill. And I highly doubt Gimlet is handing out that kind of scratch. Though they probably could have recorded this from bed…

The idea here is not a particularly original one. If you’ve seen 12 Monkeys. But essentially a dude shows up at a psychiatric hospital claiming to be a time traveler. That dude is initially assigned the generic designation, Case 63. His psychiatrist, Dr. Knight, starts off skeptical, of course. But Peter/Case 63 soon starts revealing intimate details about Knight that only she would know. Not only showing that he has foresight, but also proving to her that they have a future connection that she can’t dispute. This future is complicated by the fact that her future and the future of the Eliza he knows aren’t technically the same Eliza. Because multiverse. Or divergent timelines. Or whatever bootstrap whatever this particular series espouses. But it involves lasers?

But, you say, do I really want to watch/listen to another time travel, multiverse thing? It seems like every show, every movie and now every podcast has some of this going on these days. And I’m almost always here for it because I’m a sucker. But I didn’t feel overly burdened by that box in this particular instance. The simple dialog nature of it made following the narrative pretty simple. There were no overly complicated and/or intentional knots to untangle. And, sure, they did fudge a lot of the “science” details, but the straight-forward way the two characters interact made for an enjoyable and compelling listen. It helped immensely that each episode — set up as single patient sessions — only average around ten minutes per episode. Because my old-ass brain can’t retain details when there is a couple days between streams. So the bite-sized chunks made it easy to digest. Additionally, the producers didn’t try to overdo the audio special effects, which tends to distract from the character interactions. I get the desire to get fancy with things and twiddle knobs and do spacial effects and whatnot, but sometimes playing it more like a stage play works just fine.

Look, this isn’t going to break the Internet. It was an entertaining entertainment, albeit one that quickly faded from memory a couple weeks on. I’m a visual learner and retainer of information, so auditory things don’t necessarily stick with me if I can’t conjure up images of things in my brain. But the story about this man who may or may not be crazy is certainly fun enough to keep you engaged. Again, we’ve seen this story a million times. But there’s a reason we have, right? It’ll be interesting to see how they approach a season two of this pod and how far they push it. I imagine these two actors will continue to get a lot of on-screen work, but maybe that sound-dampened closet in their mansions will become a place from which we can continue to get some fictional fun for our ears for years to come.