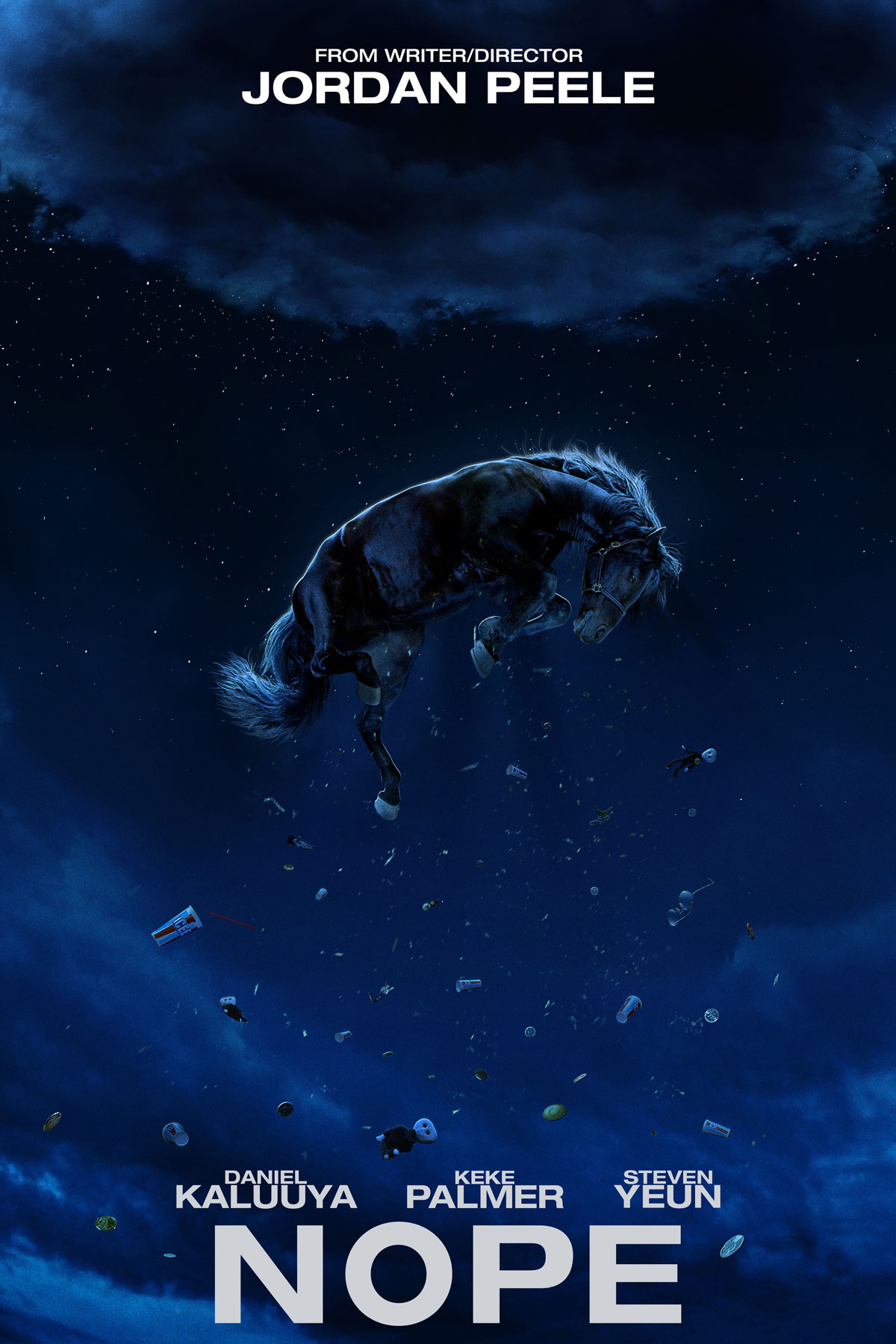 I’m not entirely sure where to go with this review. Because I’m not entirely sure what I thought of Nope. I mean, sure it’s a cool looking film. And it’s certainly original-ish in a way most things these days are not. But when you stop and think about it afterwards, there’s just not a lot of there there. It’s a bunch of spectacle strung together. With some memorable scenes, but also some spotty CGI. And a narrative that is just… Well, it’s just weird. Like Jordan Peele had some wacky-ass dream and woke up and wrote down what he could recall in a journal and just ended up filming most of it with the hope others would share his vision. But, honestly, a lot of it felt a bit nonsensical and forced into a container it didn’t want to be in.

I think part of my dissatisfaction stems from the fact that Nope is a better film than it is a movie. Which I know sounds absolutely stupid, but as a visual medium, it’s pretty cool. Or at least interesting. But as a narrative entertainment, it’s too all over the place and illogical to be enjoyable. And all this mishegoss and illogic is ultimately in service to what is basically the simple storyline of Jaws. As alien cloud monster. Which, honestly, could just as easily be Signs. But, thing is, both of those movies are better than Nope. They felt more considered, the characters more fleshed out. The drama more intense. The characters here felt more like cardboard cutouts and/or clownish one-line machines. No person more than Daniel Kaluuya is emblematic of the movie’s issues on this front. The dude can obviously act. He can emote and also display warmth. But nothing like that happens here. He’s just straight-up boring as OJ, the son of a horse rancher who supplies horses for Hollywood shoots. After his father is literally killed by a coin that falls from the sky, he and his sister, Emerald (Keke Palmer), inherit the struggling ranch, and Kaluuya spends the entirety of the film moping. About his dead father. About having to sell off the horses to a weirdo attraction down the road to pay for the ranch. About his clearly cloistered life, about which we are never told anything. The choice for him to be soooo closed off and quiet is just an odd choice. And one you figure will crack at some point, but just doesn’t.

Though the oddest thing about the whole film is the aforementioned attraction down the road from the ranch. Which I believe is in the desert north of LA. It’s this middle-of-nowhere western-themed little nothing fair-like park run by a dude named Ricky “Jupe” Park (Steven Yeun). Jupe was a child actor on a sitcom that starred a chimpanzee. One day the chimp went insane on set and ripped apart several of the actors, but spared Jupe. Thirty years on, he is still known as that kid by some of the more gruesome followers of that kind of thing. So some folks come to the park to see his macabre display of stuff from the show, but most come for… Well, that’s what’s completely unclear. And the movie didn’t really do us any favors to explain why anyone would travel in LA traffic to go to the middle of nowhere to see some dusty nothingness. Even if, it turns out, Jupe is using OJ’s horses to attract something alien from the sky in one of his shows. Which, again, doesn’t make any sense. OJ isn’t selling him an unending stream of horses. So the show can’t happen every day, because it’s one and done for the horses. And when we do see him put on the show, the audience is relatively small and seemingly disinterested in what turns out to be a pretty bizarre and certainly buzzworthy performance (to say the least). It just really makes no sense whatsoever. And Peele’s script declined to really go into it.

Mixed up in all this is Em and OJ’s desire to capture what they think is a UFO on film to make some money. You know, to “Save Miracles!” Though it’s never really made clear how they plan to make enough cash by selling a photo of a UFO to save anything. You know, because Photoshop. And Peele knows this. Which annoyed me to no end. Like what outlet is gonna pay a couple of randoms hundreds of thousands of dollars for a single shot (or even video) of something I could easily work-up on my computer? Or, you know, fuzz up a photo of a flying garbage can lid like they did back in the old days? It’s a ludicrous plan. But one that the film seemingly buys into as a valid plan. So much so that the whole narrative — and especially the third act — ends up hanging on it. Really dumb.

And, yes, I know that Peele is trying to “say” something with this film. As he does with most of his art. But just because there’s supposed to be a message of some sort in this, it doesn’t make it good. It doesn’t make it special. It doesn’t make it enjoyable. Not that it doesn’t have its moments. But overall the whole thing feels like an indulgence gone awry. Peele’s desire to try out a new genre without a real plan. A nub of a plan, yes, but not a true plan. But that nub couldn’t hold all the spokes in place, and it blew apart in the third act. Not that it hung together all that well in the first two acts. Ultimately it feels like Peele envisioned the poster and the trailer. And, admittedly, those two things make this movie look pretty damned cool. But when he unspooled them to a pretty hefty, overly-long 130 minutes, we were left with a whole lot of nope.