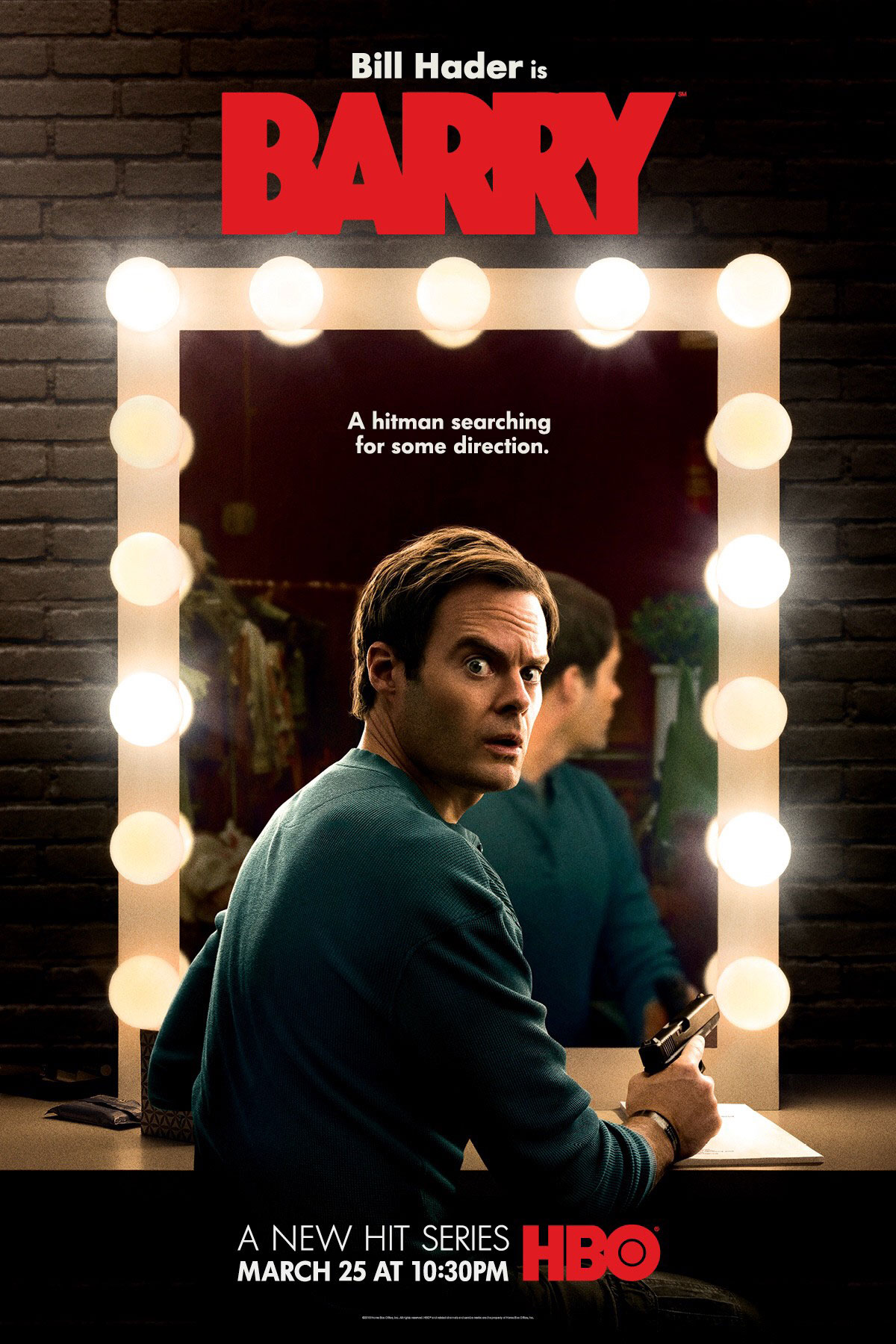 I thought, for some reason, that Barry was going to be a tough hang. My exposure to Bill Hader was limited mostly to his characters on SNL, most of which put me on edge and always seemed a little too hyped up and over-the-top, while also being kind of one-note. For some reason, everything he did reminded me of Jim Carrey’s Fire Marshall Bill character on In Living Color, but way less funny and kind of derivative of Carrey. Plus, we all know how it goes with like 80% of those actors who came up under Lorne Michaels when they get their own vehicle… And the concept? A hitman who wants to become an actor? It seems like some bad plot from an 80s movie starring Steve Martin with Stacy Keach as the bad guy. So, with all of this seemingly lined up against it (at least in my own head), why would I possibly end up watching the hell out of it? Well, because sometimes you run out of good options and a half-hour, mindless comedy is just the panacea for the heaviness and complications that come with most hour-long prestige shows these days.

I started off thinking I’d only watch one episode and be done with it. But, like with most plans, that went down the tubes once I got a taste. Damn you, Bill Hader, for being way more likable and subtle in your performance than I ever expected. And damn you show writers for making this more than just a flat comedy of site gags and insider baseball digs about Los Angeles and the actors therein. Not that there isn’t a bunch of that — which hit me as totally genuine having grown up around lots of these wannabe actors — but the characters are generally treated as human beings and not just shallow comedy heels. So what does it mean that ex-Marine and now full-time assassin, Barry, has accidentally discovered the acting bug? A guy who goes from a deadly-serious job that has nothing but consequences to a life that is ultimately frivolous and has no consequences? It doesn’t really mean anything. Other than the fact he is, by all measure, a really good assassin, but a really shitty actor. Like outwardly, awesomely shitty. Shitty compared to his accidental classmates, who do awful staged scenes from True Romance and other pop movies about as poorly as you could imagine. Apparently the only time that Barry can actually act is when he is super-pissed and riffing. Which, in real life, is called venting.

We are told through some exposition that Barry has had some depression or other possible post-traumatic issues from his time in the military in the past, but that his assassin gig keeps him busy and hopefully out of the funk he’s sunk into previously. Taking advantage of his almost sleepwalking acquiescence is Barry’s old family friend and current assassination director, Monroe Fuches (Stephen Root). He bets on Barry basically just acting like an automaton, getting assignments, going out and killing and coming back for more. No questions. No fuss. No muss. He acts in a manager/surrogate father role, but is clearly not great at either. His latest blunder has gotten himself and Barry involved with the Chechen mob. Enter the Eastern European gang who can’ shoot straight. They are both funny and scary, but definitely act as the comic foils in the series, especially their Chechen contact, NoHo Hank (Anthony Carrigan), who develops a bit of a man crush on Barry and is definitely a highlight of the series. Barry spends the rest of season one fighting what amounts to three antagonists. The Chechens, who feel double-crossed and are after Barry and Monroe. Monroe, who depends on Barry to kill for income and has no interest in his true well-being (despite saying he does) or his desire to become an actor. Sally Reed (Sarah Goldberg), Barry’s erstwhile love interest who he meets in his acting class, who considers herself the only real actor in the class and is the most stereotypical, self-involved, social-climbing human around. Maybe the writers are essentially saying that she is, in fact, the only true actor in the class because she acts like this, while the others are sweet and more supportive of each other.

And, then, of course, there’s Henry Winkler — a man with whom I have my own pleasant history. He plays acting teacher, Gene Cousineau. And, goddamn, if he isn’t awesome. The fact that he played The Fonz is almost hysterical given who he is. He’s a short Jewish guy who has made a life in his later career in comedic roles playing quirky lawyers and doctors like the amazing Barry Zuckerkorn on Arrested Development. Here, he is kind of part huckster, part old-school, charismatic charmer and all-around schmuck. His mix of sad sack and schmoozer is equal parts funny and depressing and he kind of steals the show whenever he’s on screen. It’s often the case, I guess, that the main character has his trials and tribulations and needs to go through his arc, but there are the secondary cast members like Winkler and Carrigan’s NoHo Hank who get all the good lines and get to amp things up when they get their screen time. They don’t really need an arc; they can just come in, deliver killer lines and transition out. Granted, Winkler does get his own little love-interest arc, which is absolutely excellent. Because, what are you gonna do when you have The Fonz; not give him the ball?

Anyway, I have to admit that I was totally wrong about this show. It was entertaining as hell, and was easily digestible and even pretty compelling. So, if you’re tired trying to unwind the mysteries of Westworld, or can’t take another British child murder show, try this one on for size and see if you also walk away thinking that the half-hour comedy may still have a heartbeat.