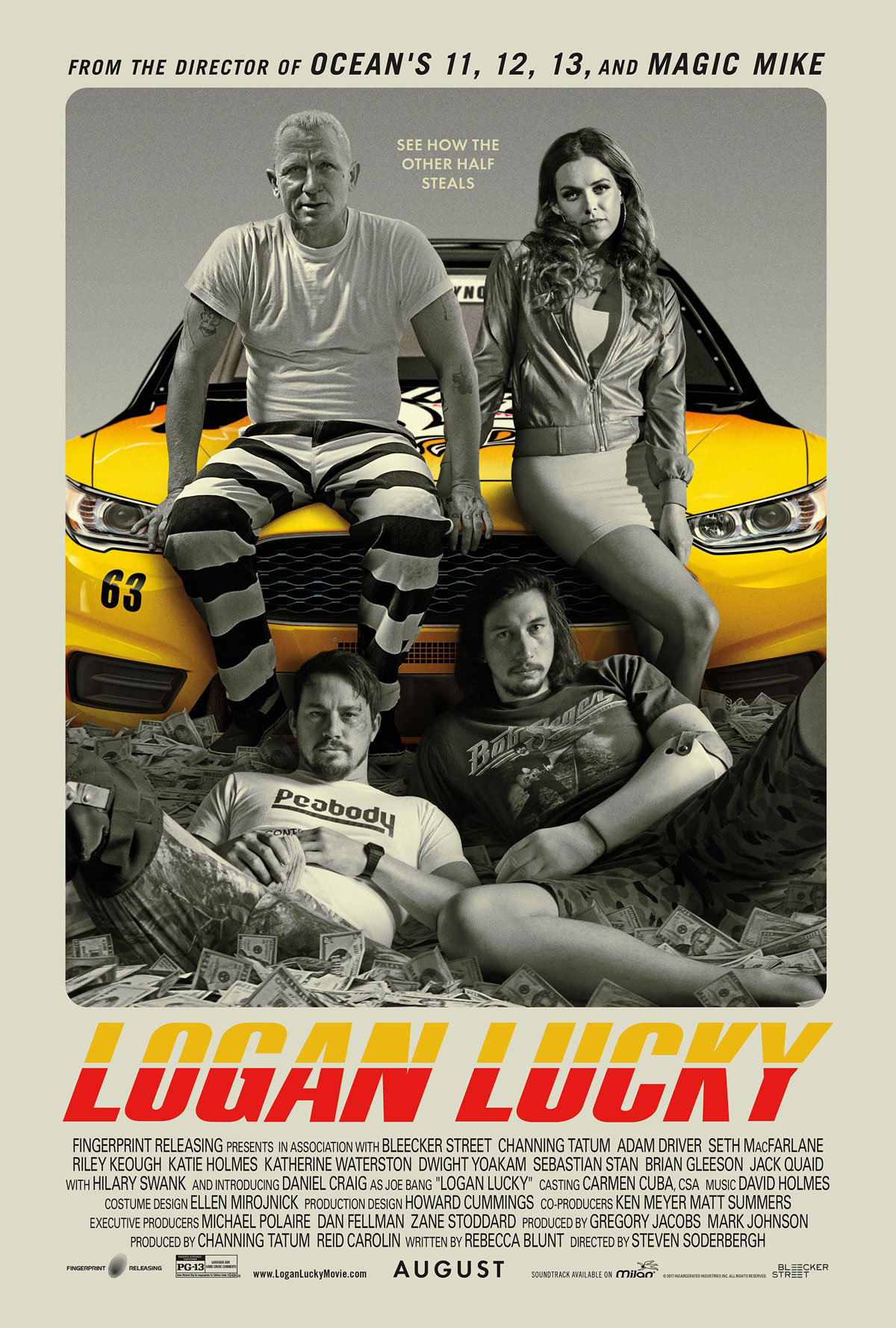 I liked it better when it was called Kingpin. Ok, it’s not really a similar film other than the fact someone’s prosthetic hand is played for laughs throughout the film. I’m not sure how Soderbergh didn’t see it done over and over again by Woody Harrelson in Kingpin and make that connection. C’mon, man. And, seriously, another heist film? And one that clearly tried to meld his usual Oceans thing and a rejected Coen Brothers’ script from their goofball canon. Like he was trying to make a better version of the Coens’ The Ladykillers by injecting the Coens’ ability to take everyday, wacky people and put them in extraordinary situations. It fails on most every level.

First, you take the typically excellent Soderbergh cast. But, you take them and make them try out southern accents for the first time. And, with the possible exception of Channing Tatum (who, Wikipedia tells me grew up in the South), you have a bunch of actors who are asked to corkscrew their normal accents into some almost hillbilly-sounding North Carolina drawl that makes them sound more like they’re making fun than making it real. Of course Riley Keough and I both grew up in West LA, so I know Southern accents as well as I know the inside of a Bojangles, but they sounded like I sound when I’m trying to be a Southerner. Outside of that, the actors are their usual, charismatic selves, though there’s certainly that kind of casual looseness to the dialogue that is typical of the Soderbergh experience.

The heist film is deeply rooted in American film. There are only so many ways one can present the heist, and each attempt at remaking it is clearly a filmmaker thinking he can somehow improve upon, or put his twist on, what amounts to the same narrative. The thing is, there is usually some impetus for the caper and some presumed expertise on the part of the crew that puts them in a unique position to execute said heist. In this case the motivation for the heist seems to be that Jimmy Logan (Tatum) generally doesn’t make a lot of money as a construction worker and wants more in order to compete with his ex-wife’s new husband and provide for his daughter, who already seems to be well provided for by her new father. And his expertise in heistiness is based on the fact he drove a backhoe-type thing in the tunnels under the Charlotte Motor Speedway? So this once-promising college football player (before he blew his knee out) is now somehow able to gather his demonstrated average intelligence together to figure out how to break an explosives expert out of jail (and then back into jail) and rob a race track of millions during its most guarded event of the year? Even in a genre filled with tons of impossibilities, this one is quite a stretch. It literally makes no sense that this group of numbskulls is able to pull off something this complex. No sense at all. That’s something that the Coens understand: screwups are screwups and their plans are generally stupid and generally don’t work or, even if they do, it’s through dumb luck. Soderbergh presents this group as a bunch of redneck hotheads, but then they execute this plan that would have made the brilliant team from Sneakers proud. What gives?

And, yes, maybe I’m being nit-picky and should just suspend disbelief, but when the conceit is flawed, the whole movie is flawed. Speaking of, there is this bolt-on piece to the movie revolving around an FBI agent played by Hillary Swank. She basically comes in at the end of the movie to investigate the robbery and is, for some reason, super pissed off about it. Swank’s tone and acting is, well, not good. She hasn’t been doing a ton of acting in recent years, so maybe she’s a little rusty. Or, dare I say, perhaps she either wasn’t great outside of certain roles or just wasn’t given a lot to work with in this particular instance. It’s most likely the latter, as her role came off as Soderbergh in search of a role for her in the film, rather than the other way around. She just kind of shows up out of the blue with no forewarning and is edited in in a weird way that feels separate and apart from the rest of the narrative. Just adding to the sense that this was, at some point, a much longer script that had to be considerably edited in order to meet the economics or production schedule. We’re missing background on some of the characters that serves for motivation and expertise. We’re missing an intro to Swank’s character. And, ultimately we’re just missing too much.