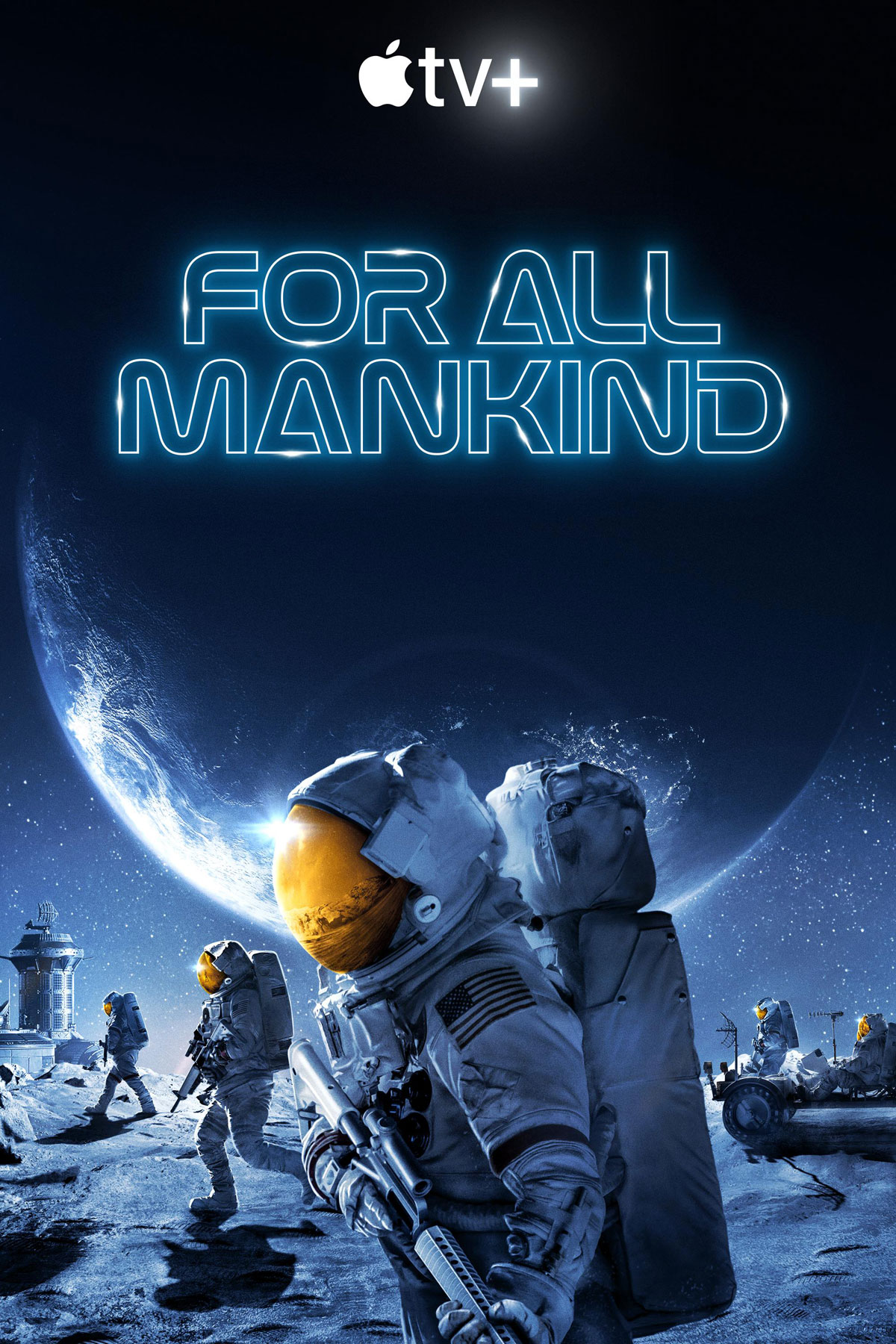 There is no denying that For All Mankind has an interesting premise. I mean, there has to be a reason why I’d spend twenty hours slogging through some seriously questionable dialog-heavy scenes of melodramatic bullshit to get to people in moon suits shooting at each other in zero gravity. And that reason is the promise of an alternative history where the Russians won the space race to the moon. Which, on the surface, doesn’t sound all that life-altering, but in this history it’s the butterfly flapping its wings. My issue is, that promise, while intriguing, doesn’t pay off as the series devolves into soap operatic tomfoolery rather than focusing on the cool world building they had the opportunity to explore. Also, it turns out the moon is super boring. Seriously, it’s just this dormant rock with no plants or aliens or anything!

But, yeah. The plot of this thing is exactly how I stated it. The Russkies beat us to the moon. And because of that, we have this terrible inferiority complex and are constantly overcompensating by trying to be the first in other moon things. First woman on the moon (fail). First black woman on the moon, though, we got that. Mostly because there are no black people in Russia. First space station thing. First, uh, married couple in space. Well, that’s stupid. And then, of course, first space station, first space ship armed with missiles and first moon murder. USA! USA! And in and around this, we get to watch all the minutia around NASA and the Department of Defense and the President, who always seems to be Reagan. There is a time jump between season one and season two of about ten years, but you’d honestly never know it. It’s pretty much the same ol’ stuff, but in season two a grown-ass woman sleeps with her dead son’s best childhood friend — who is college-aged at this point and not a minor — for no apparent reason and completely sinks the series with a single act of creepiness.

Now. Joel Kinnaman. I’m not not a fan per se. I thought he was excellent in The Killing. Though he’s a very specific hang. He’s kind of a hulking presence and is decidedly not American (though he tends to play Americans a lot.) I mean he fakes the accent just okay (he affects a kind of vaguely Midwestern, non-accent), but his whole person says Nordic, not North Texas. Thing is, the man is asked to do a lot in this series. He is constantly getting angry and sad and has to emote an awful lot. And my dude is not so good with subtle emotion. He’s like a Dodge Charger when they need a Jaguar. Or I suppose he’s a Saab, but that screws my metaphor. Point is, this is a meaty role, as he’s in more scenes than anyone, but his always-at-eleven performance quickly tires the nerves and actually made me wince a little when he came on screen by midway through season two.

And, look, this whole review doesn’t exist to shit on Kinnaman. Because, honestly, he’s part of an ensemble cast, most of whom are just fine. But I just can’t get past the odd focus of people talking in rooms. And talking. And talking. Often time just two people in a bar. Or a living room, or even a tiny space station thing. When we have this whole fun tapestry of history to play with. And, sure, they’ll throw little historical events in here and there, but they almost feel like these little mechanisms to help ground us in time rather than what could be some pretty cool plot devices. But plotting out those historical changes would mean tracing the ripples and possibly changing all sorts of things. Instead, they focus on people in rooms and the space administration. It feels oddly claustrophobic despite being such an international and, uh, interspacial story. Perhaps it was shooting in the time of COVID? That’s the only thing that makes sense to me. But this thing becomes more of a talky period workplace and familial drama than a sci-fi alt. history think piece. And, honestly, we’ve already seen way better examples of this type of stuff in shows like Mad Men.

Ultimately, I wish the show was smarter than it is. I think they focus those smarts on some rather yawn-y scenes of engineers trying to solve o-ring problems or coming up with an idea for a docking mechanism, but those aren’t the smarts I wanted. I wish they’d poured it into the dialog and world building and veered away from the very typical broadcast-network-feeling dramatics and overly obvious narrative arcs. It’s just, the series is way more interesting conceptually than it is in practice. It yearns to be HBO, but ends up decidedly ABC.