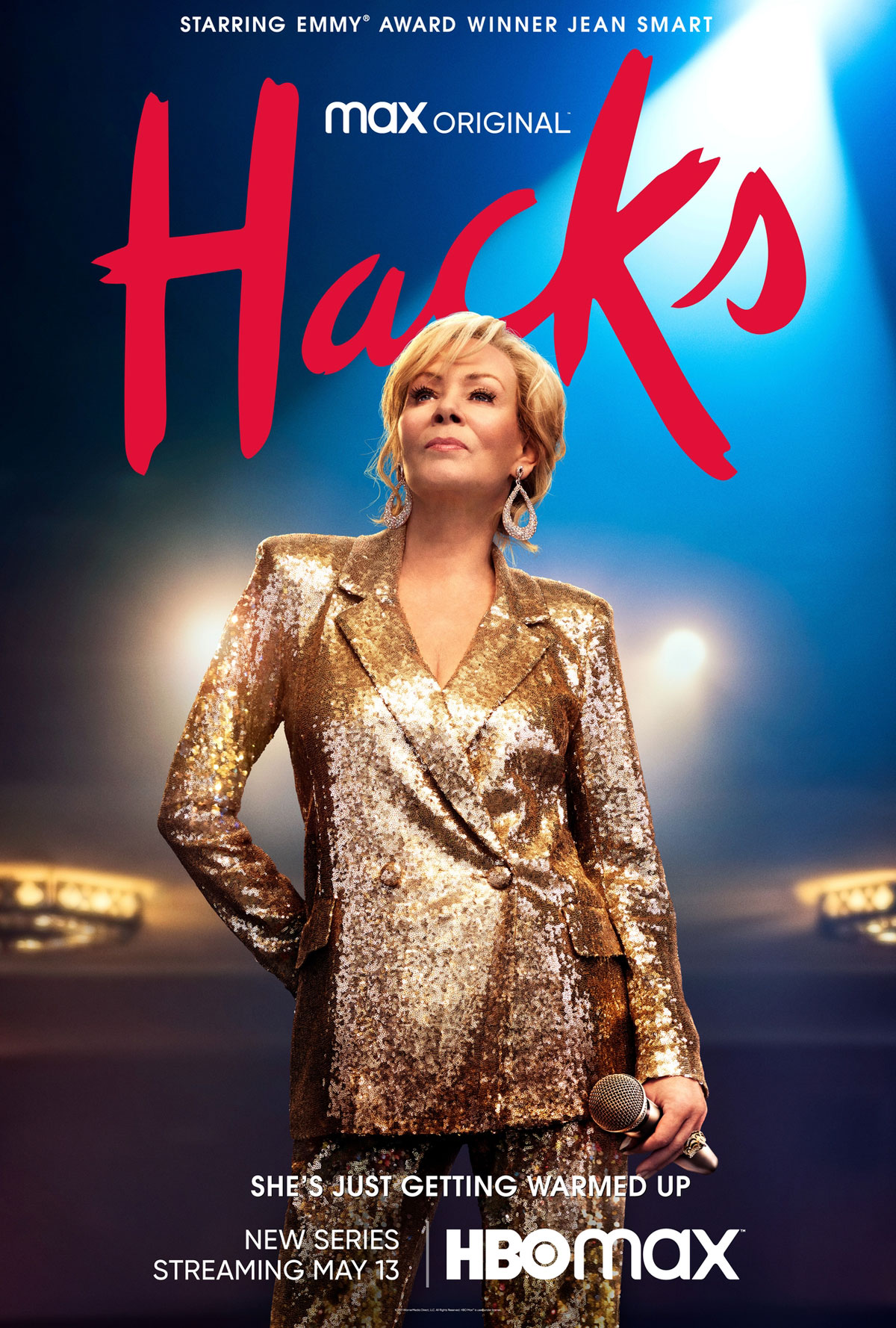 Forgive me for initially thinking Hacks was about cab drivers. Which, honestly, would have been a pretty shitty version of this show. Instead, we get this series about stand-up comedy. Well, not so much stand-up comedy, but like being a woman in the male-dominated world of comedy and generational expectations and… Well, it’s not just a bunch of jokes. In fact, there are very few like joke jokes. Which is weird for a show that is ostensibly about people who write and tell jokes for a living.

The nice part about this series is that they keep things simple. I don’t have to unwind any mysteries or get pissed at the time travel inconsistencies. Nope. This is a relationship comedy. With a heavy dose of drama. But instead of the relationship being romantic, it’s an intergenerational relationship between two women. Deborah Vance (Jean Smart), the baby boomer, and Ava Daniels (Hannah Einbinder), the self-professed Gen-Zer. Although, born in 1995, she reads much more tail-end Millennial. One rich and the successful, the other a personal and professional disaster, out of work and desperate.

So, Ava, after getting shamed on social media for a tweet gone wrong and fired from her series writing job finds herself in dire straights. Her agent puts her on to this potential gig in Vegas working for Deborah Vance helping her to modernize and punch up some of her material. Vance, who has her own residency at a Vegas hotel, a gig on QVC selling her branded products and all sorts of other engagements. Most of which exist because she’s become a celebrity for older folks due in large part to her longevity. And, needless to say, she’s resistant to some child coming in and telling her that her act needs work. I’m sure the creators of the series had someone in mind that they’d modeled Vance after, but my bet is on someone like a less-edgy Joan Rivers. Or, in some small part, Jay Leno. Someone who once made waves with her brand of “racy” comedy — which is mostly based on wink-wink entendre — but in modern times is seen as kind of corny and not the “real” thing that everyone is looking for. Because they’re jokes, not stories. They somehow divorce the joke teller from the jokes themselves. So, in Ava, they bring in someone who is actually too “real” for people. Too honest. Too open. Too raw. To the point she overshares things that people don’t want to hear. An open book, but not in the best way.

The show proceeds to juxtapose the two women as they battle to understand one another. Ava wondering why Deborah lets herself get pushed around, does hacky jokes and tolerates what Ava feels are things that belittle her character. While Deborah unveils all that she had to tolerate and go through over the years in order to get to the top of the heap. All the incredibly hard work, long hours and talent she had to display to overcome in an industry that had very little respect for such things being pursued by women. While Deborah struggles to understand why Ava is such a mess and continues to self-sabotage with bad decisions and the seeming inability to shut the hell up.

The relationship develops in a multitude of ways, but there’s a building of respect and understanding across the generations that is really the focus. One that definitely passes the Bechdel test. Which is nice to see. If this were a movie rather than a series, there would be the bickering, then the mutual respect and then the perceived betrayal that would all be resolved in the third act when the true motivation behind this perceived betrayal was revealed. And they’d hug and cry and fist pump and the credits would roll. But this is a television series, after all. And as such, we have ten episodes and five hours to fill. So whereas we’d normally see this three-act play only once through in a film, we do get to see it at least three or four times throughout the course of the series’ season one. It’s a little tiring, this rollercoaster ride of seeming abuse and redemption, but it is a whole lot of fun watching these two terrific actresses spar and hug and cry and spar again.

What more can you say about Jean Smart that hasn’t already been said? The woman is a national treasure. She’s downright amazing in everything she’s in. Shit, the woman was in two of the best shows in the past couple years in Mare of Easttown and Watchmen alone. She can pick ’em. But it’s here that she gets her star turn. She’s on the poster. She’s the main draw. She’s the mommie in Mommie Dearest. And you buy it. She is that trailblazing female comic in the golden pantsuit. She is the woman on QVC hocking cheap cosmetics. She is the lonely woman in the gigantic mansion making a sad dinner for herself because her success has done nothing but isolate her. But she’s also the come-from-nothing daughter of the depression who would sell herself short/out by showing up to a ribbon cutting at a pizza joint because it paid. It kept her busy. Just enough that she didn’t have to think about how lonely and sad she actually is. And no amount of money is ever enough. Enough to take away the pain of knowing that it all kind of means nothing. She plays it in her body language. She plays it in her face. She is bold and abusive, but also just so darned resigned to being alone.

Einbinder is apparently the daughter of SNL alum Laraine Newman. Which probably gave her an interesting perspective, having a mother who c0-founded The Groundlings, made a very public splash on SNL and then seemingly settled into a pretty robust, ongoing career voicing cartoon characters. So Newman certainly didn’t soar to the heights of the Deborah Vance character, but she is exactly the same age as Smart/Vance and must have hit the same walls, suffered the same indignities and just gone through some of the same shit as a woman comedian back in the day. I’m going to assume this connection wasn’t a factor in Einbinder’s hiring, but it is interesting they hired such a novice actress (this is her first real part) in a role that requires her to go at it with one of the ballsiest in the industry. And, you know what? She pulls it off. She feels authentic and does clueless entitled very well. But whereas we’re usually treated to clueless entitled people being stupid (like in the case of Ava’s manager’s assistant), Ava is still very bright, but just not experienced in the real world and how it works. The politics of living with decisions and consequences, I guess.

The show does a good job of balancing the perspectives of the two characters. Never really preaching to us about which of their decisions are “correct,” but showing us that both things can co-exist. Standing up for principle, but also not burning everything everything down just because. Cutting off your nose to spite your face. They somehow manage to balance the idea of compromise by coming at it in both directions. The traditional idea of a solid paycheck and the young’s idea of always being right. Both can occupy the same space. And both are examined, fought over and mostly resolved through the relationship between these two women. And it’s well done and fun to watch. And even emotional at times. Good stuff.