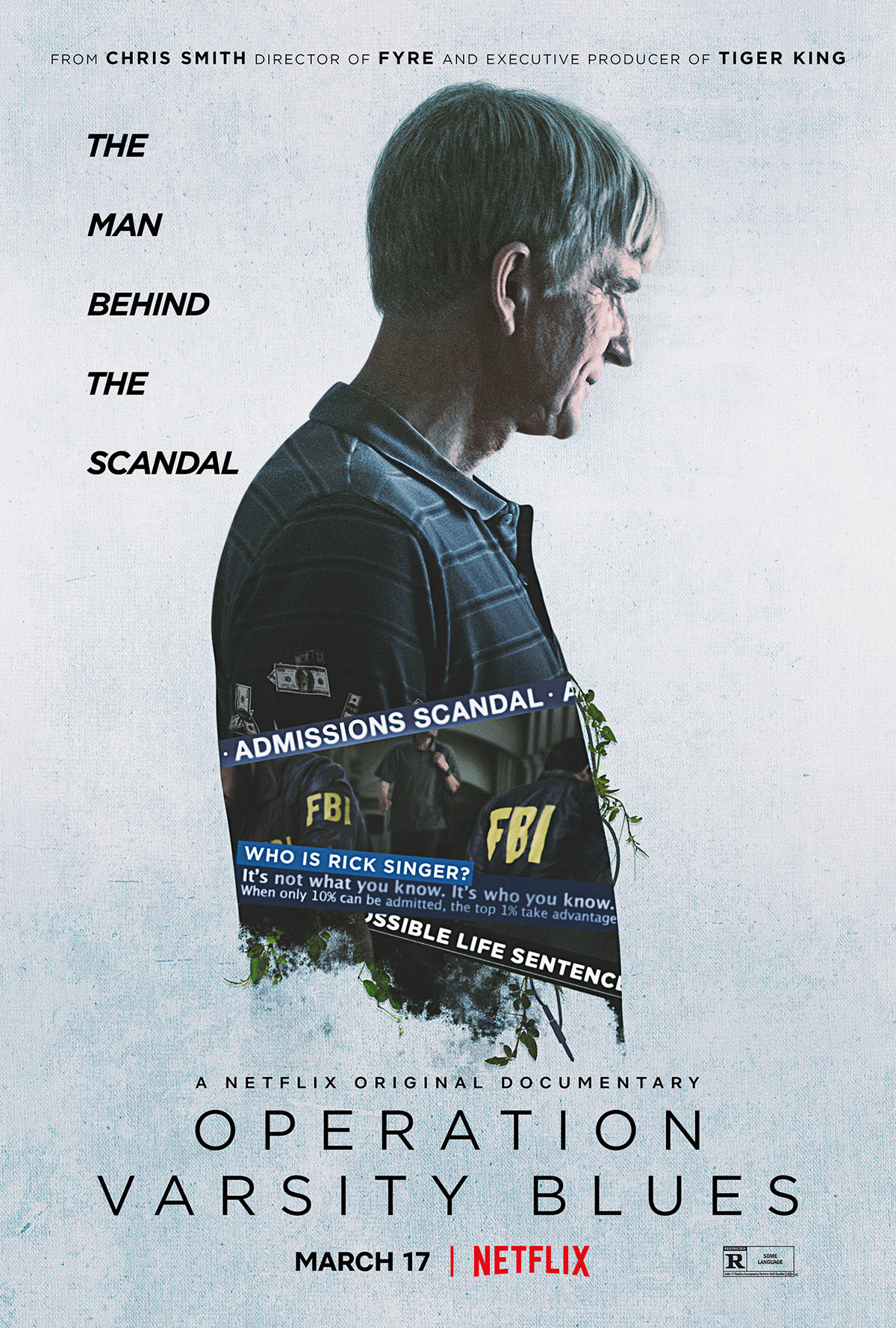 I went to a private boys’ school in LA. We had actual water polo players that went to top universities to play water polo. Every year. Thing is, them being olympic-level water polo players was just a bonus, as they would have gotten into these universities anyway just on their grades and SAT scores alone. In fact, my English teacher from back then — who is now a columnist for The Atlantic — wrote an article around this scandal outlining how teaching English to accepting students was a gift, but how moving into admissions was a horror. Even for kids who, in a lot of cases, actually deserved consideration by these elite institutions of learning. But wealthy parents be wealthy parents, no matter how deserving their children may or may not be.

The Operation Varsity Blues (named after the 1999 James Van Der Beek vehicle) scandal itself is well-worn territory at this point. Rich California parents engaged this dude, Rick Singer, to get their undeserving offspring into universities that would otherwise not have touched them with a ten-foot pole. Except in certain instances where the kid probably would have gotten in anyway, but the parents, with their disposable income, decided to grease the wheels even more just to make certain. There were various schemes to get these students in, including cheating on standardized tests, faking athletic bona fides and just straight-up bribery of school officials and coaches. All to get kids into universities that they, in most cases, didn’t even seem to care to attend. Because — like a lot of things — it ultimately wasn’t about the kids, but about the parents. Rich-ass parents who wanted to tell their friends at cocktail parties that their son or daughter was going to USC, UCLA or Stanford. Instead of like Santa Cruz or Indiana, or wherever it was that they would have otherwise ended up.

This “documentary” uses actual transcripts from wiretaps and puts them in the mouth of Matthew Modine as Rick Singer. Modine has never been what one would call a master thespian, but with his weird fringe wig and relatively monotone delivery, he reads those lines just fine. If only those lines were even remotely interesting or enlightening. Because they’re not. They’re vaguely evasive and repetitive in nature. Because Singer has what amounts to a business pitch that he lays on each parent or set of parents. It’s clearly something he’s worked out over time to put a bit of pressure, some guilt and a ticking clock on it in order to maximize results. He’s a salesman, and he has his patter down. So we get to hear it over and over again. And it works. But it becomes kind of boring. And, frankly, I find it kind of hard to look at Modine in his sad outfits and strange hairdo.

So, what does this movie do to expand on our knowledge and experience? The answer is: not much. Sure, taking the words out of transcripts and putting them in actors’ mouths and occasionally having the real people in talking-head interviews gives us something more visual than an overly-long New Yorker or LA Times article. But because we’re mostly limited to those transcripts and very little editorialization, our deeper questions don’t get answered. Mostly, how did Singer come to be in the position that he could bribe these school officials, play the system like a violin and get away with it for more than a couple months without getting snagged? I mean, he was ultimately undone by “nosey” high school counselors. Because of course he was. If I got into Stanford — let alone UCLA — my high school teachers and counselors would know something was up. They knew I didn’t have the grades or SAT scores to justify that. They also know my folks didn’t have the money to donate a building, or even like a little fountain or anything. There would have been red flags everywhere. Especially if said colleges thought I was an elite athlete of some sort. Sure, I played soccer, but nobody was recruiting me for shit. So when Joey gets a sports scholarship to USC without ever playing a varsity sport, did Singer not think Joey’s counselor and school would be like WTF? Yeah, seems pretty short-sighted.

We all know there are so-called “backdoors” into college. That’s the aforementioned giant cash donations. Ones big enough to fund the construction of entire buildings or schools. Rich people get perks. This is not surprising. Build a new film school building and your dumb son gets in. But this so-called “side door” that Singer pitched to his clients is so obviously cheating that it’s absurd. Parents can lie to themselves up and down that the back door and side door are essentially the same, but they’re clearly not. One is an obvious, transparent transaction. I’m rich, I give you millions to put up a new building with my name on it and you let in my questionable progeny as a favor. Versus, you pay me — a third party — to have someone else take the SAT for your kid and then photoshop his head onto another kid’s body playing water polo and bribe the water polo coach to accept this as real and accept a kid as an athlete who everyone knows is not an athlete in order to line everyone’s pockets and allow rich families to tell their rich friends that little Johnny is smart enough to get into USC. While everyone rolls their eyes because they know Johnny is a fucking idiot. It’s infuriating that rich kids have advantages. But not at all surprising.

Ultimately, this thing is kind of boring. It doesn’t illuminate anything we didn’t already know. And the re-enactments come off as kind of cheesy. I worked on Rescue 911 back in the mid-nineties. And this reminded me of that. Which is not exactly high praise. I think re-enactments are in and of themselves just fundamentally cringey. This is no exception. I wish they’d just gone with a more straight-forward documentary, explaining some of the money flow using your stereotypical infographics and whatnot. Because, again, Singer is purposefully obtuse in his explanation on the wiretaps so as to obfuscate the truth of what he’s doing. Namely bribing and cheating. Granted, he didn’t know he was being taped, but he was sort of smart enough to not just come right out and say “bribe.” That is until he got snagged and basically ratted out everyone. Literally everyone. The other thing that didn’t come through in the doc is how and why people listened to this dude. He doesn’t seem particularly charming. He didn’t seem particularly persuasive. If anything could be said about him, he certainly was a hard worker. A hard-working criminal is still a criminal, though.

All in all, I feel like one could glean more about this scandal from an in-depth article than this doc. Or even a more straight-forward doc. This felt like the story for stupid people. The picture book version. Everything about it felt kind of muted and untrusting of its audience. All of us of a certain age remember those after-school specials where they smacked us over the head with the “don’t do drugs” or “suicide is bad” messages. This is that dumbed-down delivery system. Though for some reason it’s rated R. There is literally no reason for that rating. But it’s just one of a series of confounding things about a movie that could have been much better than it ended up being.