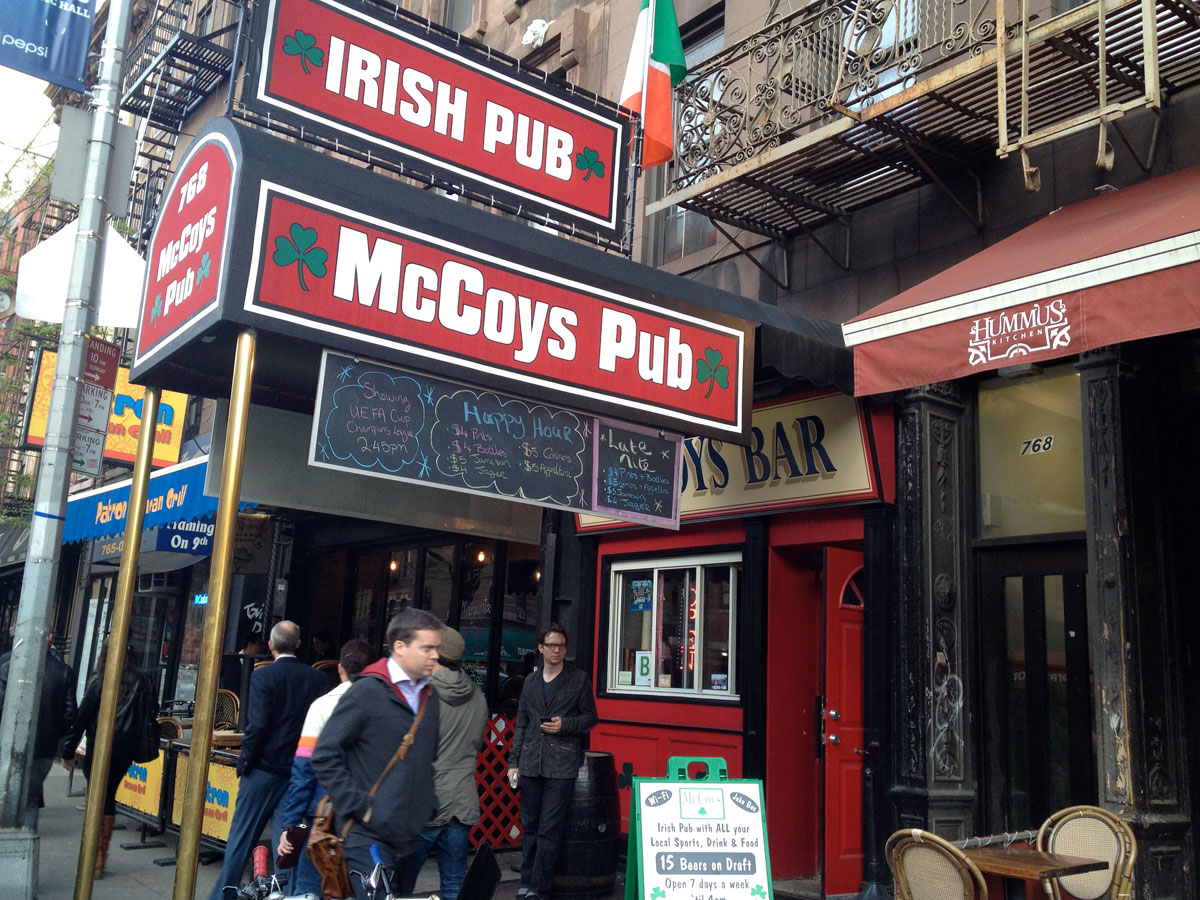 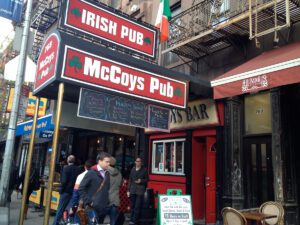 I suppose there’s such a thing as a neighborhood bar in midtown. And god love you if you live in this Hell’s Kitchen neighborhood, as it’s just kind of gross. Speaking of gross, McCoy’s Pub smells less like fish and chips and more like fried ass. It’s a narrow bar. It’s a dark bar. It’s a somewhat depressing bar. And it’s supposedly a pretty darn old bar — claiming to have been around since 1916. Which probably speaks to the ingrained ass smell.

I suppose I was looking for something cozy. Which this joint definitely is. And we all know what cozy means in Manhattan terms. It’s what they call that 250 square-foot apartment with no sink in the bathroom that’s $3,200 a month. This is that. It’s a drunks’ bar. It’s a sad bar. But I still paid somewhere in the vicinity of $8.50 for a Guinness. Really? I guess I know why they don’t post prices anywhere. Maybe I got the non-regular price. Or the expectation is that I just keep the $20 on the bar and keep it rolling all night. Who knows.

Look, man, I don’t mean to be harsh here. Maybe it was just my mood that day. Maybe it was the early-ish hour. Maybe it was the fact I was alone and the stink from the night before hadn’t yet been blown out onto 9th Ave. by whatever fans they may have. Or covered up by the Old Spice of the old men who inevitably rolled in five minutes after I took off. I’m sure if you wanted a pub in which you could sit quietly, drink a beer and read a little James Joyce, you could do worse. Even if you had to scooch out of the way every once in a while and breath through your sleeve.