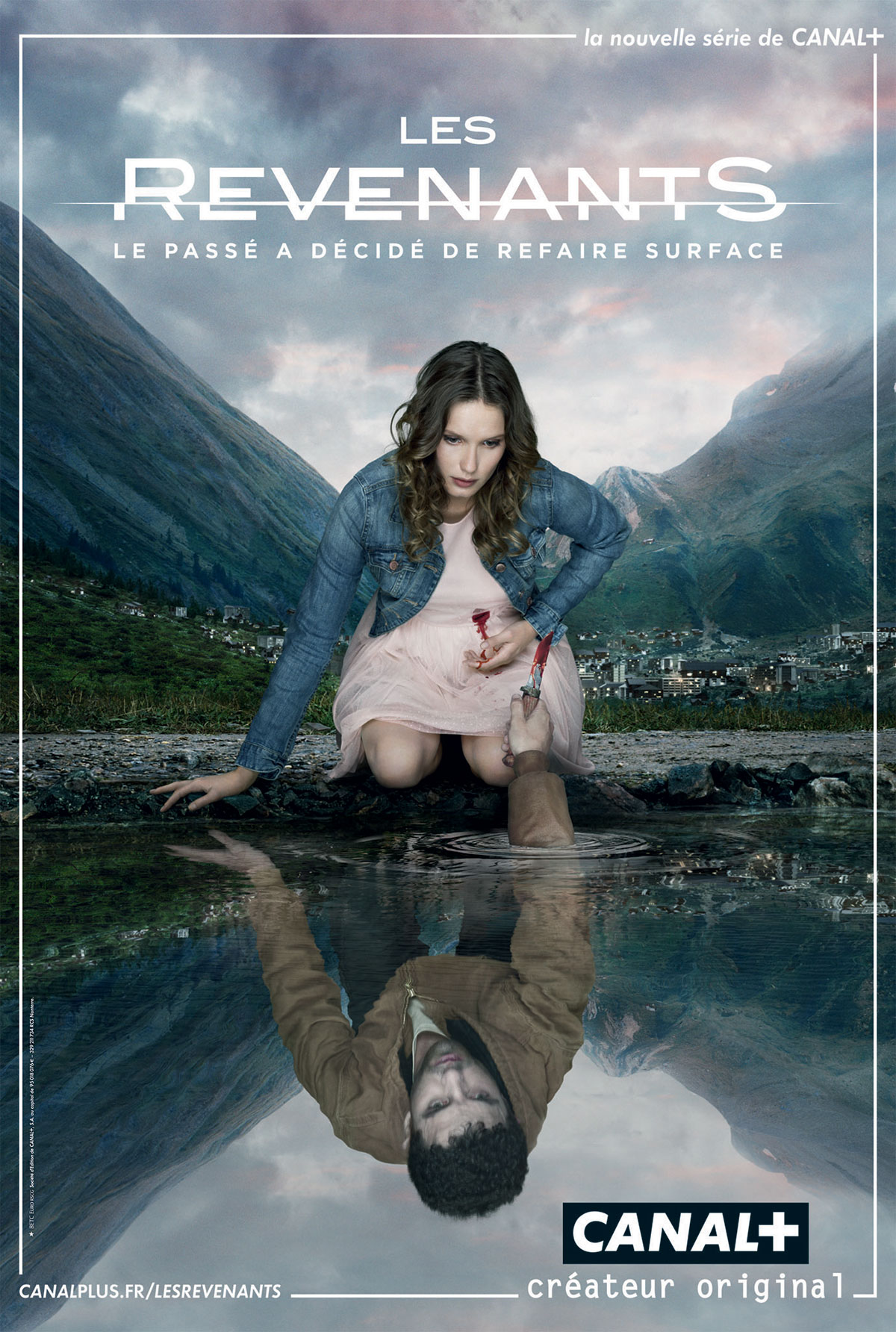 For those of you easily offended by subtitles, you can stop reading here. Because, folks, this show is completely and totally in French. The only English in the whole series is the name of the restaurant and pub in the weird mountainside town of which all of our characters are citizens — live and dead.

The main conceit here is that this isolated town, which is built down-river from a large dam had a giant flood 30 years back, which killed a large chunk of the town. Apparently a town filled with some sketchy-ass characters who eat women’s stomachs and commit armed robbery and murder children. For a town so seemingly idyllic and normal, there is certainly some seedy shit going down amongst its citizens.

Even after the flood tragedy visits the town on a regular basis. A busload of children drives off a cliff, grooms commit suicide on their wedding days and old ladies fall down and get eaten by their cats. And it seems that all these events are somehow predicted or, as some think, caused by a small boy named Victor. We do see that he is either present at many of these strange and lethal happenings, or has drawn a picture of what is to come. Is he the angel of death or a clairvoyant or something all together different? Well, we do know that he, among an increasing number of the town’s inhabitants, are deceased people that have come back to the word of the living. The first that we’re really aware of is Camille, a young girl who died in the bus crash, and her return to her now kind of broken family, including her twin sister who is now and older version of herself. Her situation and that of her family is the kind of core family drama on the show, as her parents deal with the grief of losing a child only to have her return in the same form as when she died.

Characters continue to return, some good, some bad. The serial killer who ate women’s stomachs comes back. Old lovers and parents return. Complications ensue as people who had presumably moved on now have fresh wounds opened up by their long-dead relatives and adversaries returning to either beg for their love or exact their revenge. The show itself includes scene after scene of people walking around the French town, always walking and the sound of crunching heels always crunching. It also seems people are trapped in the town, which won’t allow them to leave, even if they did decide to use a damn car instead of always trudging around in the overcast dusk under which the town always seems to sit.

The pacing of the show is languid. And like a Parisian eating dinner, it takes its time with just about everything. Scenes kind of float with its bizarro Mogwai soundtrack kind of adding a strange disharmony under everything. It’s really a show about atmosphere, the tension built in a very non-American way, as it is rarely loud and rarely startling, but always just a bit creepy. But humanly creepy, not like creature creepy or like The Silence of the Lambs or Se7en creepy. It’s just the relationships and history between this tight-knit community and the dredging up of past crimes and regret that drives the drama. There is definitely some similarities in feeling between this show and the first season of The Leftovers or some of the M. Night Shyamalan filmography. It’s never entirely clear where the show is going, or what its point of view is after quite an abrupt shift in its universe between the last episode of season one and the first episode of season two, as the town has yet another flood that we didn’t see coming that has managed to clear out most of the remaining population, only leaving behind the die-hard cultists, lost souls, desperate returned and a new contingent of zombie-like returned. Despite this, there is still something compelling about the show, despite the second season dragging hard at times toward a conclusion and ending that is clearly a conclusion that should make us happy, but feels a little too close to Lady In the Water for comfort.