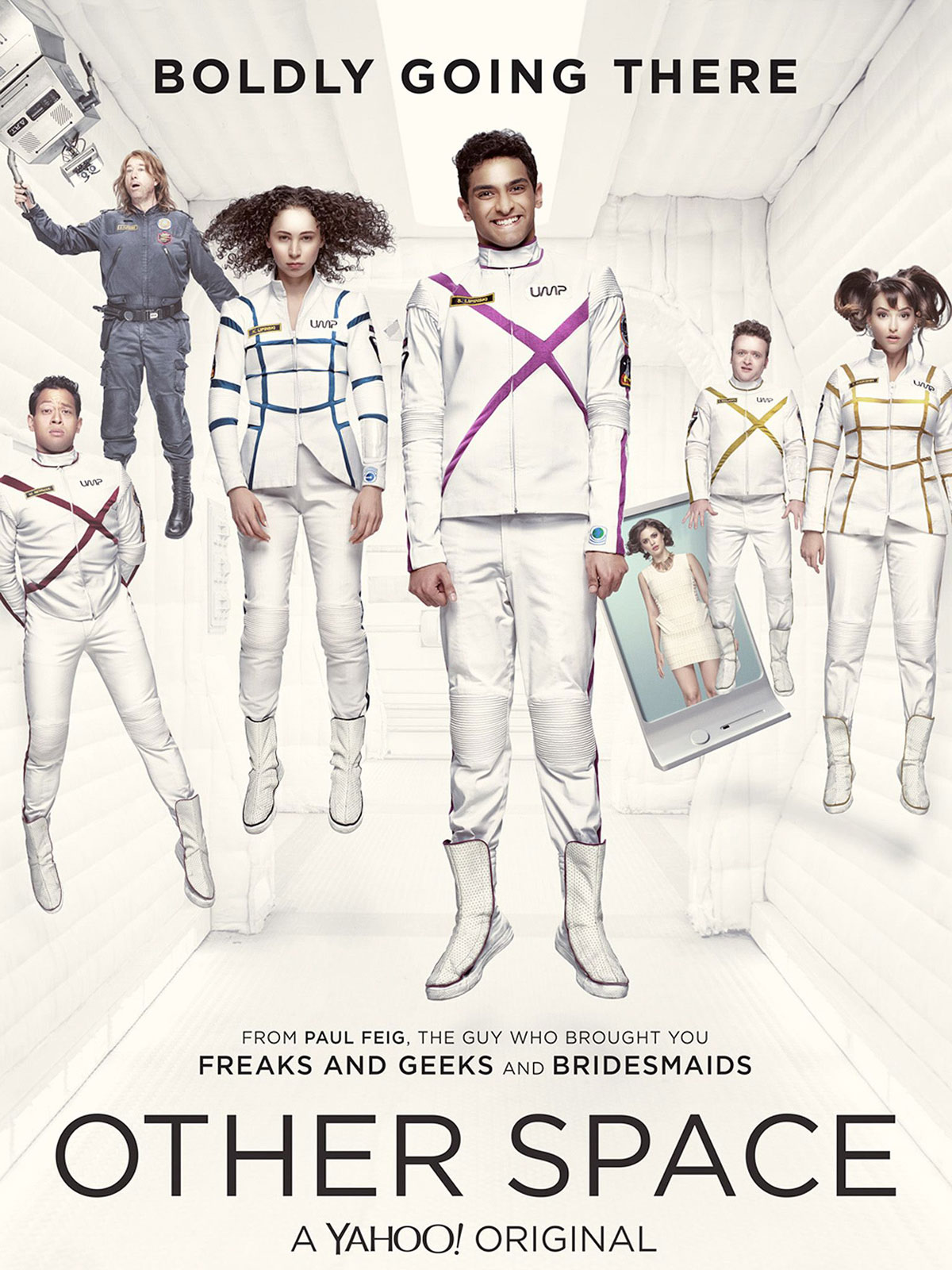 I was a Television Radio Film Production major in college. My minor was Cinema Studies. But that’s not relevent to this post. As a TRF Production major, I had to gather with my fellow students and create television shows. We had to script them, cast them, shoot them and edit them. We did single cam and multi-cam productions. But they all kind of sucked. Because we essentially had a white room with a scrim, some old-ass flats, a couple tables and whatever we could bring from our dorm rooms, fraternity houses or apartments. Everything looked like trash and was pretty damned embarrassing. If I didn’t know any better, I’d think that Other Space was maybe the second-best result we could have hoped for.

Oh, I also worked as a production assistant on a wonderful B-movie called Circuitry Man II: Plughead Rewired. I only mention it becuase it too was ostensibly sci-fi, but was mostly filmed in a slaughterhouse in downtown LA decorated as everything from a command center to a club. Add some vacuum hoses, metal panels and shiny stuff in the background and, voila, you’re in the future. Which is completely the theory that Other Space also employs. It’s apparent in just about every way that they had about $35 to make each episode and spent most of it on white boots and hair gel for Karan Soni. Otherwise, the backgrounds in the ship in which the whole show takes place didn’t look dissimilar to the spray-painted Home Depot special that was Circuitry Man.

Ultimately the series is a workplace comedy. Set on a spaceship in 2105. It’s a family affair, as goofy younger brother, Stewart Lipinski (Soni), is the captain on this voyage ahead of his serious second-in-command, older sister, Karen (Bess Rous). A voyage that is seemingly the Google Maps project, but like mapping the universe instead of the streets of the Earth? I’m not really clear on that whole thing, and honestly neither are the show’s writers. It turns out to be pretty immaterial. But, like so many sitcoms, the crew is completely inept. One dude is Stewart’s idiot best friend (Eugene “Pillboi” Cordero from The Good Place) and another the girl he has a crush on (Vayntrub). Along with a brain dead stoner engineer and a robot that contains the spirit of his old friend. Who I think are the two dudes from Mystery Science Theater 3000. And a weird dude with gills. Which basically encapsulates the entire crew for a ship that from the outside b-roll looks to be pretty gigantic. Budget limitations, right?

The scripts are sophomoric. Stewart pines after Vayntrub’s airhead character. Karen begrudges her dumb brother and thinks she should be captain. Invisible aliens (and Dave Franco) randomly break stuff on the ship. And the robot cracks wise. The plots are pretty much non-existent. It’s like they walked in every day, looked at the two sets they had and just kind of winged it. There is a space walk at one point that is horribly bad. It’s clearly just the one set with the lights off. I mean, I don’t expect much from a show on Yahoo! Screen, but even with that this is embarrassingly amateurish. Speaking of Yahoo!, they shut that platform down, so this show is now supposedly available on a service called Dust. However, it’s not really. I mean it is, but you can’t get to it from any of their menus or promo modules. If you Google it, you’ll find it as embedded Vimeo videos. Totally janky, just like the rest of the series.

And, look, if this was an SNL skit it would make sense. In fact, that’s a little bit what this feels like. Some half-baked characters thrown onto a quickly constructed stage with one central joke that everyone plays off of. A giant ship piloted by a crew of five. An Indian dude with the last name Lipinski for some reason that’s never explained. Not to mention his clearly Jewish sister. I don’t know. Maybe their name is supposed to be Lipinsky (with a y) and he’s adopted? Or maybe DNA just works weirdly in the future? All things I shouldn’t care about considering all of the other issues I could focus on, but… I don’t know. I thought I’d found something fun and funny in the corner of the Internet. Turns out I just found a canceled web series on a canceled network that will find itself in the dustbin of the streaming universe. You’d get that joke if you saw this turkey.