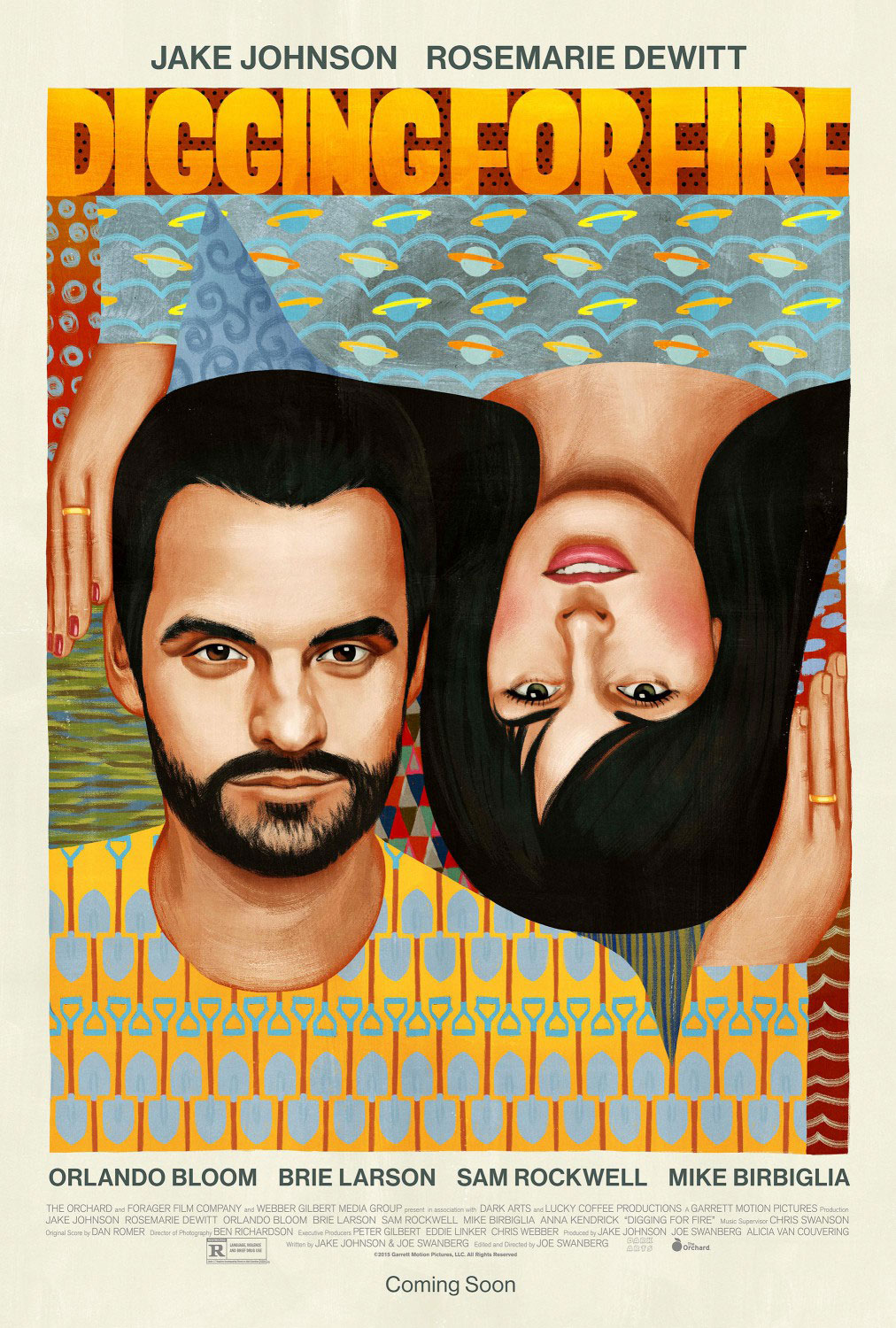 Digging for Fire is apparently part of this whole mumblecore genre. A genre I thought I was okay with. Not thrilled with, but okay with. I thought wrong. It’s like, “Yeah, I totally like hardcore.” You know, because I like Minutemen’s Double Nickels on the Dime. And then someone plays me Agnostic Front and I’m like, “Oh no, not this shit.” Yeah, dude, that’s hardcore. Oh, I guess I don’t really like hardcore if this is hardcore. So this is the mumblecore of mumblecore. And I realize now that I don’t like mumblecore.

So, from what I gather, mumblecore is called that because the actors spend the vast majority of the film mumbling lines that they’ve made up on the spot. Like they’re given a script with two sentences outlining the scene and they just have at it, ad-libbing and letting the plot stream out from there. Granted, I imagine that Jake Johnson is a talented ad-libber, but when you start with an awkward scenario where his character, Tim, and his wife borrow a yoga client’s nice house in the LA hills for a weekend so he can do their taxes (!), the excitement has a pretty low ceiling. To add a little touch of something, Tim finds a bone and a gun buried in the backyard. It’s still completely unclear what he’s doing digging in the backyard to begin with, but we just kind of go with it.

The thing is, that’s really it. Tim finds his bone and his gun and kind of obsesses about them, digging at the backyard while some of his rowdy bro friends come over to party at their nice borrowed house and he procrastinates doing his taxes while his wife visits her parents. I really wish there was more to it, but there isn’t. I mean there is some male frontal nudity when one of Tim’s friend does a cannonball into the pool, and Sam Rockwell plays a ridiculous asshole who Tim would probably never be friends with, yet is friends with, but otherwise we see Tim dig at the dirt, Orlando Bloom take a punch and Rosemarie DeWitt wonder what it is she’s supposed to do next. Johnson, while a funny guy, constantly looks as though he’s searching his skull for something to move things forward, anything that won’t be yet another lukewarm confession that life isn’t as interesting since his wife had a baby. The plot meanders, people in the ensemble cast come and go from the house for no apparent reason and with nothing that seems tied to linear time (and not in a sci-fi kind of way) and things just generally flatline for the brief 85-minute running time.

I’m honestly not sure why these movies get made and for whom they’re made, but all I can imagine is a room full of actors in flowy pants sitting around a living room in LA congratulating each other for being so “real” and clever. To me, though, this is why Trump hates America.