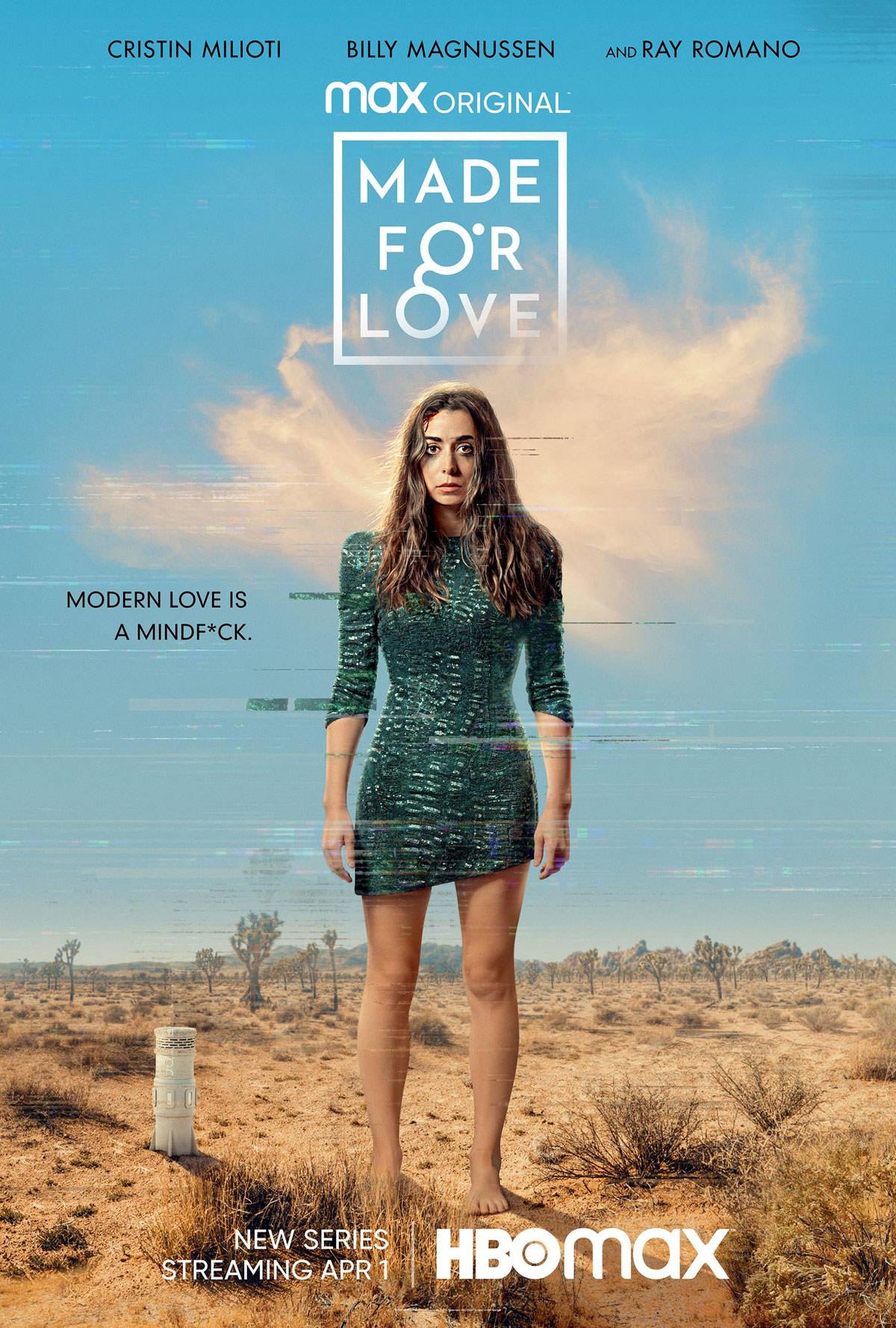 Made for Love: Season 1

I feel like there’s been a spate of these kind of sci-fi relationship, cautionary tales like Made for Love of late. Putting aside individual episodes of television like Black Mirror’s “Hang the DJ” or “San Junipero” there have been whole shows dedicated to dating and relationships in the time of the Internet, like Upload and The One. With varying degrees of success. Because, like Made for Love, these shows are hyperbolic in nature, kind of absurd and a couple of them are ostensibly comedic in their social commentary. This one, I suppose, is the most amped up of the bunch, really pushing the boundaries of what a modern relationship can and should be.

It’s pretty interesting seeing a chaotic Cristin Milioti running around the desert again so quickly on the heels of her star turn in Palm Springs. Her character, the settings, everything felt almost like a series sequel to that movie. She plays frenetic, frantic, but relatable very well. She’s magnetic and is hard to look away from when she’s on screen. So, I suppose Made for Love starts with that solid base.

Now, the plot and sci-fi involved with it is a little less stable. I’ll try to run through it real quick. Milioti’s character, Hazel Green, lives in a virtual fantasy world in the middle of the desert with tech titan and apparent reclusive agoraphobe, Byron Gogol (Billy Magnussen). She doesn’t live there of her own volition, though it’s unclear at first how she ended up there and why she’s seemingly going along with Byron’s treatment of her as a sort of pampered lab rat. So, yes, she lives in what amounts to a controlled, but completely digitally contrived environment. One that looks on the surface like paradise, but lacks the tactile and smell-o-vision qualities of the real world. Plus Byron is making her have daily (self-directed) orgasms and measuring them for research. This is all to develop a new product that both partners will implant in their brains in order to basically become one in their thoughts and feelings. A concept, of course, that he deeply misunderstands. Because generally keeping someone captive in order to force her to love you and eventually put a chip in her head isn’t the way to true, deep love.

Hazel eventually escapes the compound, but not before Byron is able to implant the chip in her head that allows him to monitor her location and see through her eyes everything she’s doing. Creepy. Leaving with literally nothing more than the dress on her back, her only option is to run to her father’s place. Her father being societal outcast and local pariah, Herbert (Ray Romano). A man who lives in a filthy trailer with his sex doll girlfriend that he treats like a real woman. The sex doll thing is both weird and honestly a little off-putting. I’m not exactly certain why they needed to play that part up so heavily, as even the payoff that we eventually get doesn’t really get to the heart of why it needed to be such a large part of the man’s narrative. Anyway, Milioti and Romano play off each other well and, unlike so many shows, seem like they could actually be father/daughter.

Magnussen seems to have found his niche as the new Ted McGinley. The WASPy, clean cut dude who seemingly has it all, but ends up being the butt of the joke. The unexpected loser. The dude who gets the tables turned on him and ends up being humiliated in really uncomfortable ways. Because who among us doesn’t like to see the blonde frat guy get his comeuppance? Anyhow, Magnussen is really good at this role, and does it once again in Made for Love. His character is ultimately well-meaning, but clueless and damaged to the point where he can’t recognize that what he’s doing to his wife, Hazel, is just not okay. And that the entire concept of couples knowing each other’s deepest and most intimate thoughts is a misguided and really disturbing endeavor. He’s a clown, but a really rich one with lots of resources.

Because this is a comedy of sorts, they don’t get too, too dark with it, so nobody is really seen as a terrible bad guy. Mostly it’s Hazel initially running from Byron, reconciling with her lonely father and Byron trying to change himself to get her back while fighting his OCD and proclivities for treating people more like tech than people. It’s not to say Byron doesn’t stoop to get what he wants, but it’s less malevolent than just a general bug-eyed stupidity about the real world. I won’t spoil where season one ends up, but there’s certainly enough meat on the bone to roll into another season. They just have to maybe expand the world beyond the desert in which it’s set and the small circle of people invovled to get to something more universal. But another eight episodes of Milioti can never be a bad thing.