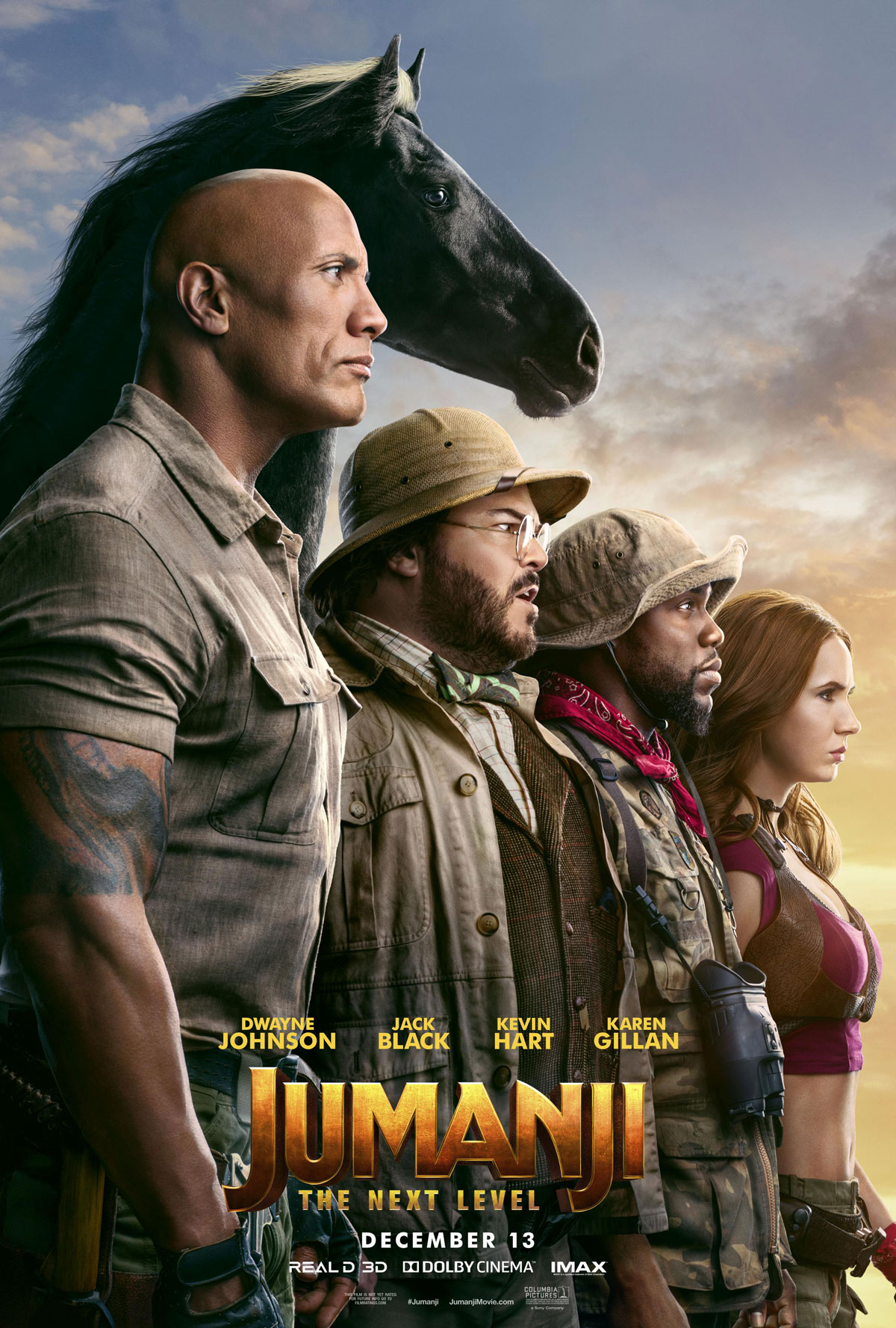 Jumanji: The Next Level

This is what happens when you let the kids pick the movie. It’s like letting the kids name the pets. That’s why there are so many cats out there named Kitty and Fluffy  and dogs called Barky and Snoopy. Now, Jumanji: The Next Level isn’t the equivalent of naming the fucking cat Meowy or something, but the success of this film proves that children are dumb (and bad at naming animals).

Look, if you’ve seen Jumanji: Welcome to the Jungle, you’ve seen this movie. This is its shitty brother. All the gags in the first one are repeated in this movie, but with way less effect. The whole premise of the Jumanji game and its machinations that were a fun discovery in the first movie are no longer a mystery in this one. So there are no surprises, only eye-rolls.

In case you missed the first film, some teenagers get sucked into a video game called Jumanji. There are some little nods to the original Robin Williams’ Jumanji, but otherwise it’s a new thing. Anyhow, all these fun actors — who are the avatars within the game — get to pretend they have the personalities of teens inside them. Jack Black playing a very feminine girl, etc. The gimmick is funny the first time because they matched the actors with the personalities that would be the funniest for them to play. This time around, they just changed who was inside each actor and it was waaaay less funny.

Theoretically Kevin Hart playing Danny Glover, The Rock playing Danny DeVito and Jack Black playing a large football player could would be funny. But, as it turns out, it feels forced and just plain bad. Kevin Hart overdoes his Glover impression, The Rock sounds like he’s doing Miracle Max from The Princess Bride and it’s verging on uncomfortable listening to Jack Black play a large black man. Presumably the writers thought they could just take the same actors from the first film and make impressionists out of them. Turns out, not so much. It’s pretty embarrassing.

Even more embarrassing is the non-existent plot. They barely even tried. They just threw the actors on the screen and figured the personality combo and some action set pieces would power them through. The Rock does Rock stuff. Jack Black does Jack Black stuff. And Kevin Hart does his usual thing in conjunction with The Rock. It got so bad I was excited to see Nick Jonas ride up. Hoping that he might save the day. And save the movie. He did not.