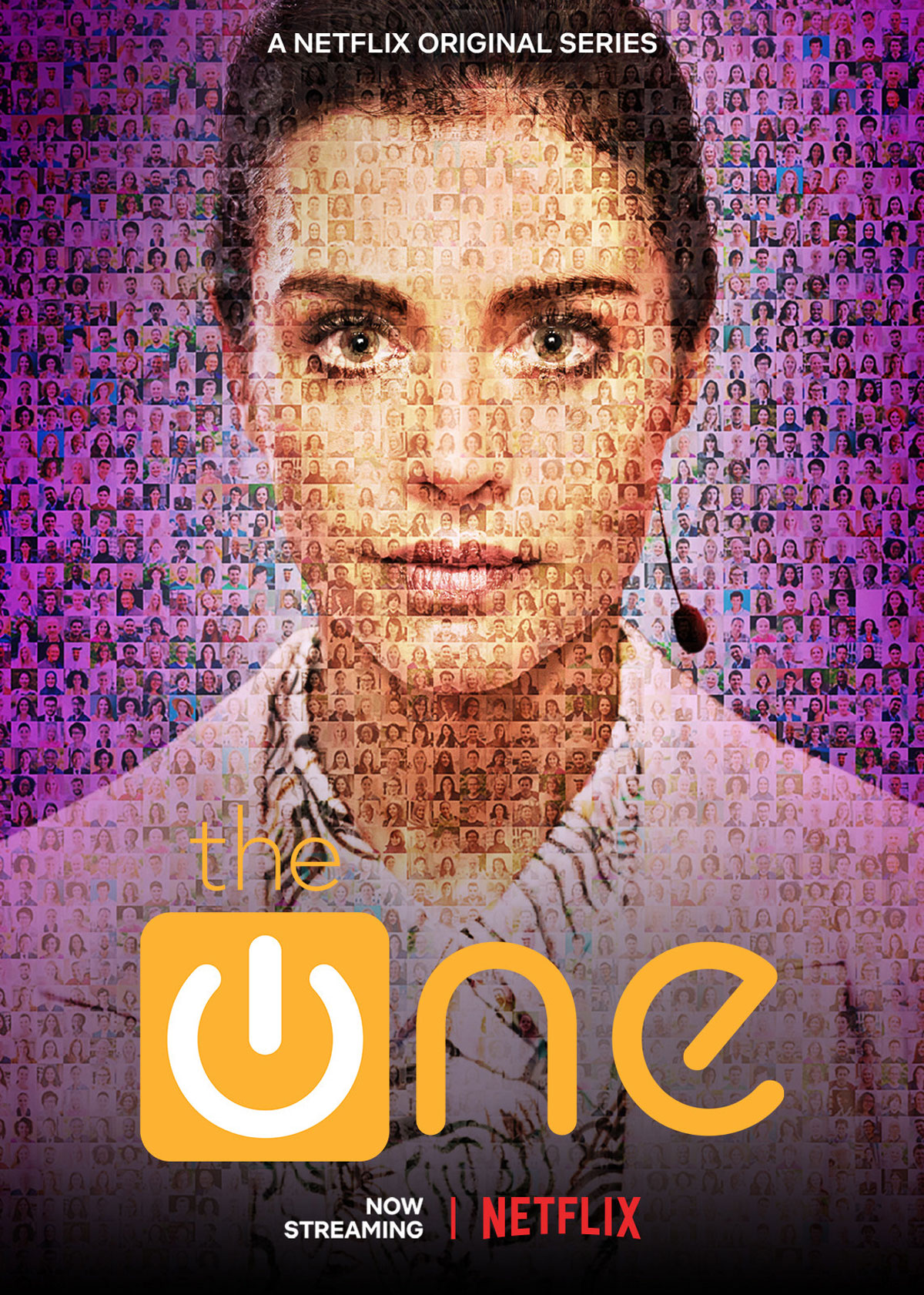 It seems The One wanted to be something, but it couldn’t help but be something else. It wanted to be a sci-fi cautionary tale about modern match-making and the reality of love and relationships, but found itself enticed into being a rote murder mystery that was about as mysterious as a bad episode of Scooby-Doo. In fact, even Scooby-Dum could have cracked this one.

In the not-so-distant future a new technology has been invented that, through a DNA sample, will find your perfect match. It’s apparently all based on ants — which is the most yada-yada bullshit thing I’ve ever heard — but this show is way less interested in science than it is the overarching moral and ethical concept. Which I suppose is fine if you’re a total monster who doesn’t care about details… But in this case I’ll just have to drop it.

At the center of this tech is Rebecca Webb (Hannah Ware), CEO of MatchDNA. She was one of the original geneticists who found the connection and started the company based on being the first match using her own scientific methodology. Her status, with her all-white suits and icy persona — is supposed to be one part Steve Jobs, one part Elon Musk. But with about zero public personality. But, hey, who doesn’t love a woman and her perfect man advocating for love for everyone?

Thing is, not everyone is hip to this idea of finding love through biology. The government is on Webb’s ass about the service. Couples are torn apart when curiosity gets the best of one of the pair and he or she throws a hair in the DNA kit to find his or her perfect match. Because, by all accounts, the thing works. People meet their match and they are instantaneously taken with that person and can’t resist.

Now, I have some questions about the mechanism here. First, this only works if your match also sends in his or her DNA to the service. And because your match could be anyone, what’s to say that person isn’t dead, not remotely your age or even ever born in the first place? In other words, the odds of you being matched with someone who is currently living, age appropriate and has also applied to see their match seems super-slim. Who’s to say that, for instance, I wouldn’t be matched with a four-year-old Amish girl in PA (who will obviously never fire up the Internet to send in a DNA sample)? It’s also super-unclear how the whole responding to a match thing works when/if a match is found. And this actually comes into play in the show, but there is nothing stopping a partner from sending in their own partner’s hair to find out his/her perfect match. I mean, the controls on privacy here are non-existant.

That all said, it does set up an interesting moral quandary. If you were happily married for years and then all-of-a-sudden there was a service that pretty much guaranteed that they could set you up with a person who is your perfect match in every way, would you throw over that longterm relationship for an instant win? Conceptually, it’s intriguing. But then the series creators have to layer in this murder thing with Rebecca involving one of the original partners in the business. Because the Brits can’t seem to do anything without someone falling from a height and being tossed into a river. It’s meant to add tension to the narrative, as Rebecca and the remaining estranged partner, James (Dimitri Leonidas), scramble to try to cover up whatever happened with their old partner, Ben (Amir El-Masry), whose body turns up in the Thames.

As is typical of every series these days, we see the “mystery” unfold through flashbacks and time jumps. Although it makes it even more obvious that the Rebecca character makes no sense. She goes from bookish grad student to ice queen, cutthroat CEO within a very short span. It all feels very weird. In fact, a lot of the show feels like they got themselves into a weird place and didn’t really know how to get out of it. Like they had a concept and a vision, but couldn’t figure out how to connect everything. So they tried to sidecar it with the murder thing and tacked on the stunted political and government stuff and basically kind of stomped all over the most interesting questions something like this could open up. Honestly, we don’t need the dogged-detective-tracking-down-a-murder thing in every single show, do we? It’s become the new time bomb for the 2000s. The sword of Damocles for our time.

Ultimately there are some problematic things mechanically and narratively with the show. But, despite these, I found it somewhat enjoyable. The actors are mostly pretty decent, even if their characters are uneven at times. And, again, the conceit establishes some pretty clear ethical questions that are worth exploring. So, hopefully they’ve wrapped up the murder stuff in season one and can move into some more murky moral territory that they purposely left hanging as a nice, little breadcrumb for season two. It has potential, so let’s hope they have enough sense to steer into what makes the series truly interesting.