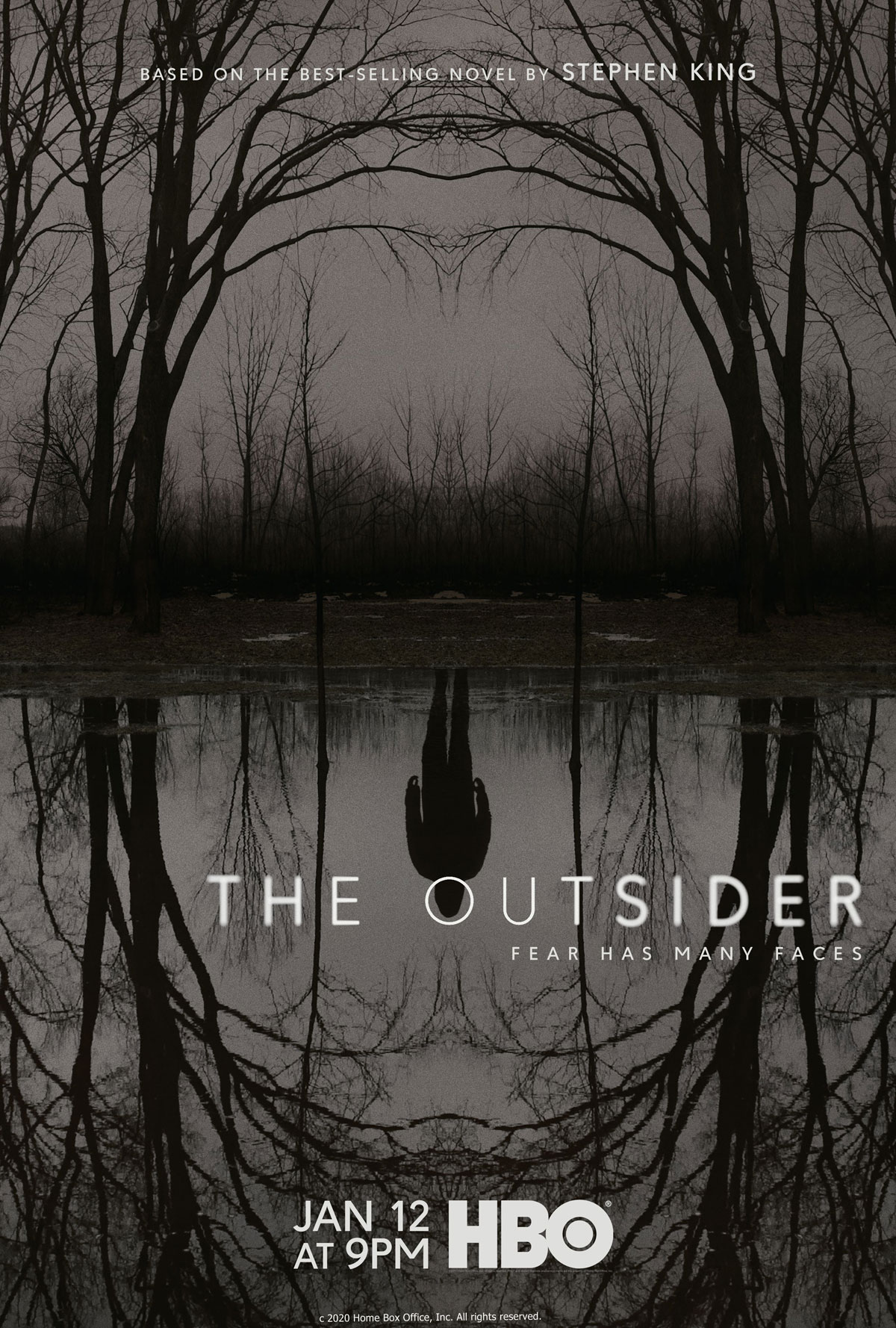 So much Stephen King. The man is everywhere. And I think back to when I was twelve and was devouring every collection and every novel he released. And I realize just how long ago that was. The man has been in my life, and so may people’s lives, for as long as they can remember. But now, in the late 20-teens and new decade, he’s as omnipresent as ever. Including this fine piece of prestige television, The Outsider.

Based on a 2018 novel that I have not read (and have no intention of reading), The Outsider is so Stephen King that it hurts. At least what I recall being very King, not having seen IT or reading one of his novels (besides 11/22/63) since 1992’s Dolores Claiborne. The things is, it doesn’t start off that way. It feels, at first, like something akin to The Night Of. A mystery, cop drama about a seemingly innocent man accused of murder. Or is he?

And that man, oddly enough, is Jason Bateman. In one of his somber roles. Like Ozark, but with even less humor. He’s a pillar of the community who apparently murders and mutilates children on the side. Or does he? Because just when he’s arrested and accused in front of his entire small town of this grisly murder, video emerges that shows him hundreds of miles away at the very time the murder is supposed to have taken place. And therein lies the King-ness of it all. As this murder mystery becomes something more… supernatural.

And as things progress we get more and more King. We have the malevolent evil force. Call it pure evil. Call it the devil. Call it the boogeyman. Call it whatever you will, but it’s something that, like so many King baddies, needs to feed on innocence and grief. Then you have the “good” guys. The believers (Yul Vazquez), the non-believers (Ben Mendelsohn) and the empath (Cynthia Erivo). And all these disparate people must come together to battle the evil entity such as it is. If this sounds vaguely familiar, that’s because it is. It’s essentially the base tale of at least half of King’s stories over the years. The classic war between good and evil. And, sure, why not?

So if you have what amounts to a relatively basic theme, what makes this show so good? Answer: writing and acting. Written by Richard Price, who is not at all the man you’d expect to write supernatural horror, the dialogue takes on a spare toughness that in itself makes this not feel exactly the way most King stuff does. It becomes something more compelling. Because even if the tale is somewhat generic, the execution is not. And, yes, it feels way more Price-like in the first couple episodes where this thing is much more a detective story than it is a shape-shifting spirit story, but he maintains the distinct ability to make one-on-one dialogue scenes really sizzle.

And the acting is top notch. It’s a little odd that nobody in this Georgia town has a southern accent, but I suppose that’s what you get when you pack the cast with people from the UK. But besides that, everyone manages to keep things naturalistic and low-key for the most part. Especially Ben Mendelsohn’s cop character, who is just the saddest of the saddest sacks with his untucked golf shirts and constant hang-dog face. And Cynthia Erivo’s wide-eyed investigator, who just lights up the screen every time she appears. There’s just something so compelling about her…

So, while I did enjoy the first half of the season more than I liked what becomes a hunt for a monster in the last five episodes, this series made me happy that it existed on a weekly basis. Every Sunday I would pull up HBO and eagerly await the adventures of this ensemble cast. It was a delight. A bloody, kind of disturbing delight. And I know I’ve given very little in the way of the plot, but it’s difficult to talk about it without giving too much away. You’ll just have to see if for yourself. Also, this show depends a lot on atmosphere. And it has it in spades. For something in the horror drama, it feels like you could almost edit that plot-driven scary stuff out and actually have an equally good show.

The creators seemed to indicate by some of their choices at the end of the season that a second season is in the offing. And I am totally down for it. I hope that they keep the narrative in the mystery, detective drama lane and maybe less of the supernatural horror thing. I imagine that’s a pipe dream considering the source material, but that part of the show was super-strong and cool. I just want to hang with the surviving members of this cast for another ten episodes way sooner than they can bring it to me.