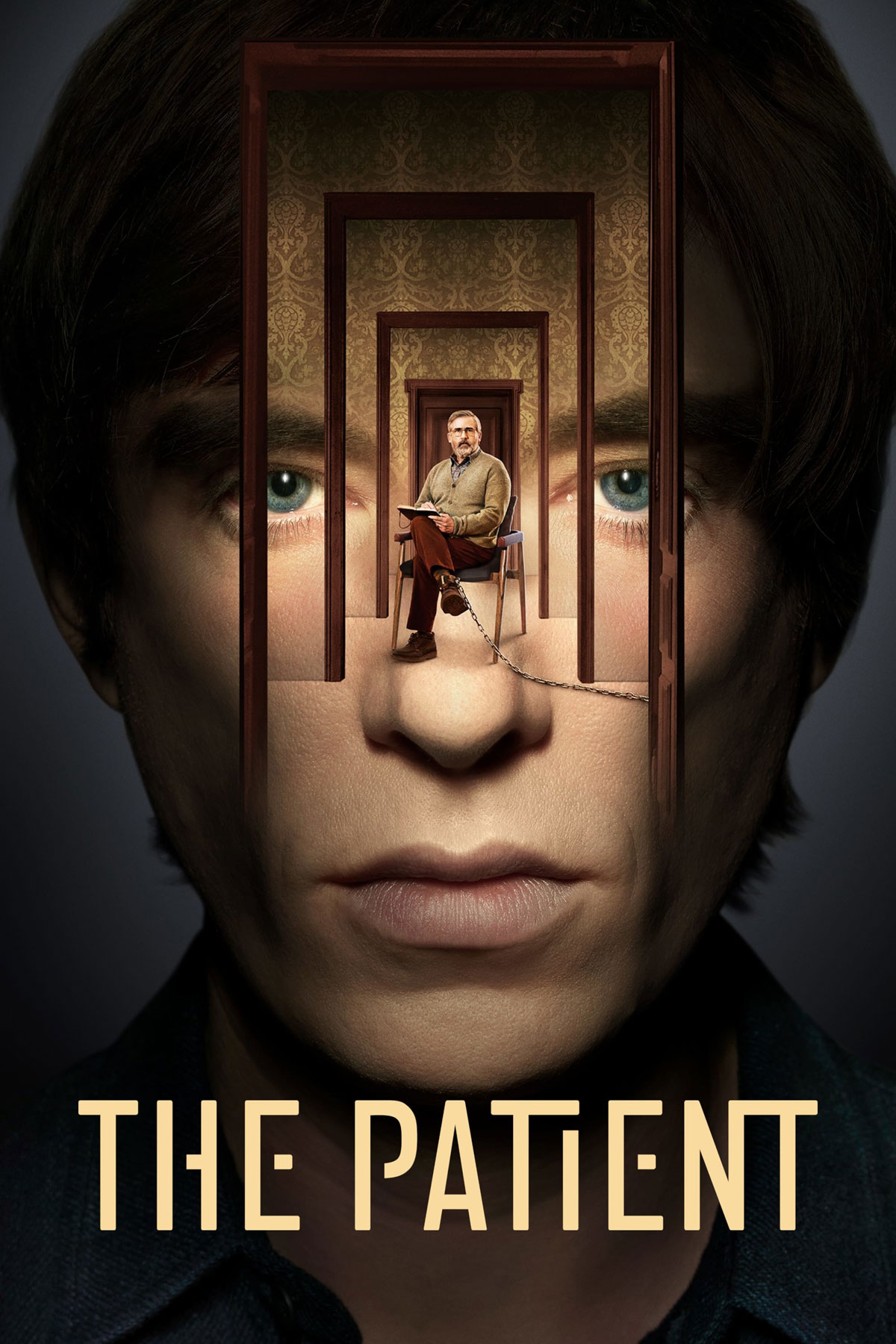 There are certain shows — The Patient among them — that just feel like actors reaching for awards. Dialogue-heavy programs that could just as easily have been stage plays. Two-handers like this where a psychologist (Steve Carell) sits across from a psychopath (Domhnall Gleeson) pontificating on love, life and murder. In this case, it could have been a solve to filming during COVID, but in general these types of things are golden statue fodder. And the actors know it. Thing is, despite the beard and the slightly Talmudic affect, Steve Carell will never be Jewish. And Gleeson will never be American. It’s just facts.

Look, being a member of the tribe, I think Carell does an admirable job of playing the rabbi-like therapist, Alan Strauss. And, yes, the beard does help. It does feel a little forced at times, his Yiddishizing of the character, but I suppose they had to up the ante on his Jewishness in order to fulfill the underlying storyline about his struggles with his son. A son who grew up with a reformed/conservative cantor mother, but “converted” to orthodoxy when he married. This is an actual situation that has occurred with family friends, and their handling of the difficulty of a son or daughter joining what can feel like a cult is a difficult one. And can drive huge wedges between families due to the stringent rules around just about everything. Including women’s roles, kosher stuff, the whole sabbath thing and on and on. I had no idea this idea would play such a large role in what I understood to be a serial killer show, but it was certainly an interesting injection of character development and emotion. I could have done without the weird shots of concentration camp prisoners — which I understand are supposed to represent Alan’s guilt about his ancestors — but it just felt a little heavy-handed.

What is interesting about this whole thing is that we get way more info and understanding about the shrink, Alan, than we do the patient, Sam Fortner. After all, it’s Sam who kidnaps his therapist, chains him to the floor of his walk-out basement room and forces him to head-shrink him out of his serial killer proclivities. But even with all of this we never really understand his motivations. Sure, he had an abusive father and an enabling mother. Not an overly unusual situation. It doesn’t make them strangle everyone who makes them mad, though. This, in and of itself, is the problem with the series. The writers clearly understand the Alan character. In fact, it feels like a personal journey that perhaps one of the writers went through. Family schisms, regret, illness, attempts at reconciliation. That feels genuine and fleshed out. What feels like a fail is serial killer Sam. And not just because Gleeson’s eyeliner (or whatever is going on with him) is super-distracting.

What it amounts to is a gimmick. The whole chained-to-the-floor-with-a-serial-killer part of this is a box in which to put Alan in order to put his life in the balance while sitting still and being able to contemplate his life choices. How he was as a spouse and father. Why he and his son, Ezra (Andrew Leeds), became estranged. It’s a shrink taking account of his own life. Which is interesting and compelling all in itself. The serial killer thing is merely a triggering event and mechanism to push the timeline of his process. Because of this, the beta-male killer thing just ends up feeling pretty one-dimensional and non-scientific. Gleeson tries, but his character just comes across as a bit of a trope-y serial killer. Although one who just loves his coffee and ethnic cuisine. Because he’s not very good at serial killing. Efficient, sure, but not exactly a mastermind. And, as I said, not exactly a complex example of what makes one a murderer.

Ultimately I’m a little torn about how I feel about this series. The pacing can be glacial at times, which plays against the typical “thriller” genre. This is a good thing. Though the dead spots (no pun intended) could feel a little too dead at times. It also feels like the writing loses a little focus when it tries to swing to the serial killer stuff. The dead spots being the consequence, I guess. Carell plays a decent sad-sack, and his extremely low-key performance feels appropriately therapist. Making him as wimpy as he is with his “I’m a weak, old man schtick” is a beat too far, what with Carell looking reasonably virile for his age. After all, it’s not as if the tall-but-really-skinny Gleeson looks healthy and particularly intimidating. Honestly, I’m not sure why Alan doesn’t just pick something up and throw it through the giant sliding glass doors that separate him from the outside. You know, cause some havoc. But maybe I’m stupid. Anyway, it comes down to the fact that the Alan character is entirely more interesting than the serial killer he’s treating. We didn’t need the serial killer framework to make this compelling, but I suppose the pitch is stronger when you can add that mystery and murder angle to what would otherwise be a family drama. Yeah, we love the adult drama about a dying mother, a rebellious son and the ways that rigid and traditional thinking can drive people apart, but… and hear me out here: what if we add a serial killer?! Silly TV.