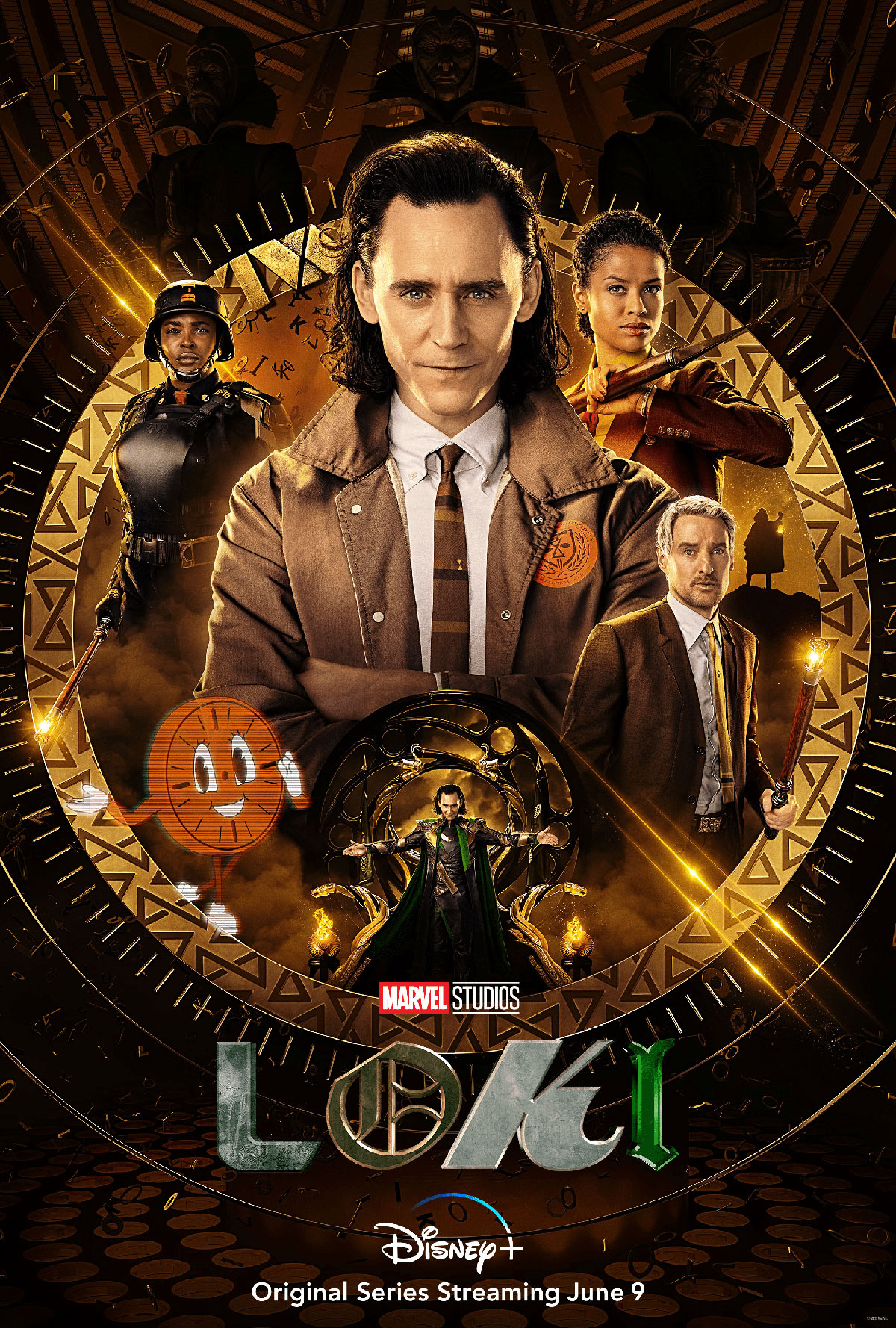 I think I’ve pretty much seen all of the Marvel movies at this point. And I can’t say that I particularly enjoyed Loki in any of them. I find his character confusing. He’s a double-crossing liar, so you kind of never know or understand his motivations. And because of this he feels a bit inconsistent from movie to movie. Because a chameleon has no baseline. He can be whatever you want him to be. He can be a backstabbing piece of shit. He can be an earnest brother or son. Marvel essentially made him an agent of chaos, and as such you don’t get a real sense of what’s what. And I don’t love that.

The nice thing is, with six hour-long-ish episodes, you get that space to explore Loki’s character beyond just being the fly in the ointment. No longer is he just a catalyst for the Avengers and/or Thor to come running, he’s a fully realized character that is in a series that is waaaaay more talky-talky than you would ever think a Marvel series would be. And that talking isn’t all about Infinity Stones and the Sokovia Accords and whatever the hell was going on in WandaVision. This is, however, yet another series about the multiverse. And god knows I have watched so many shows and so many movies about time travel and multiple universes and all that shiz in the past year. But that’s because I generally love (and often find myself frustrated by) that dynamic. So, while viewing the trailer for this show, I had my hopes up, but was also a little skeptical that they could do something different with it.

The thing is, the show doesn’t end up being what was advertised in the trailer. It looked almost like a Quantum Leap type conceit. Like Loki (Tom Hiddleston) and Mobius M. Mobius (Owen Wilson) scour the multiverse for timeline anomalies, trying to set them straight. Also, like The Mandalorian, they have a different adventure to complete each week in service of a larger overarching end game. That’s just how they advertised it. But it’s not that at all. Like at all. Not that I’d turn my nose up at that first version of the show, but what it turned out to actually be is a bit more interesting.

I won’t go too much into the plot, as I will totally botch what’s what. I watch these movies and series to spend time with Hipster Jr. Jr. I’m no comic book reader. I’m not steeped in the world of superheroes. But that all doesn’t mean I can’t enjoy a good piece of television making when I see it. Spandex or no. And Loki has reached that bar, as it goes beyond just being a decent Marvel show. Or a decent Disney+ show. Or even a decent superhero show. It’s just a decent show. And that’s due to great performances. Smart writing. And the ability of the creators of this series to resist the WandaVision problem of turning everything into a CGI battle in the sky. Once the punching and kicking starts, I turn off. What are the stakes here? We know these people are going to toss each other around, crash into a bunch of walls and then come back in the next scene without so much as a rip in their suit. It’s what generally turns me off about this genre. Incoherent punching isn’t fun. And while there are a few rudimentary fight scenes in Loki, they are quick, and definitely aren’t determinative in the ultimate outcome of the narrative. Which I always find to be a cop-out.

The production quality of the show is high. Although it’s pretty clear that the vast majority of the scenes are shot on a sound stage. CGI backgrounds abound. The claustrophobia of the TVA, where folks like Mobius and Ravonna Renslayer (Gugu Mbatha-Raw) work, is probably intentionally insular. An aesthetic that just so happens to fit their production methodology. Even when Loki and Female Loki/Sylvie (Sophia Di Martino) are sitting outside on the surface of a planet in the middle of a meteoric apocalypse, it too somehow felt like a couple actors sitting on a stage while green screen stuff happened in the background. I’m not saying it looked bad by any stretch, but I almost think that the creators knew that they had limited ability to film exteriors of any sort, so they made the entire series have this kind of surrealistic, almost purposely unreal look to it. It’s not like there are no exteriors, but I bet if I went back and watched it again, there are probably even less than I remember. It just felt at times like a stage play. And I was totally fine with it. Although it did feel a little weird when experiencing it real time.

Ultimately, this is less an action adventure thing and more of a character study. Lonely Lokis — one male, one female — in search of why they are who they are. Orphans. Gods. Ridiculed and written off because of their nature. One that they may or may not be able to swim against. Our Loki — ever untrustworthy — unaware of a future he never actually lived. A future we saw in Avengers movies, but he, in this series, literally never experienced. So, in that context, it’s interesting to see his growth as a human. Showing more understanding and more love for Lady Loki than he seemingly ever did for his own adoptive brother or father. Because, of course, Lady Loki is just Loki from another multiverse. And who’s going to understand him better than himself?

Weirdly, I don’t have a ton of experience with Tom Hiddleston outside of this character. But his performance here is hardly comparable to his performances in his other appearances. It’s way more nuanced and way less cheeky. Sure, there are some laughs, but Hiddleston isn’t responsible for being a clownish buffoon or snickering baddy 100% of the time. His buddy-cop act with Wilson is terrific, also because Wilson is just such a unique actor. He and his mustache are just a weirdo mixture of his usual awe-shucks and an underlying low-key cockiness in knowing he knows his shit. Sophia Di Martino as Sylvie — Loki’s gal pal and possible kind-sorta love interest — is incredibly engaging. She and Hiddleston are totally believable as this two-sides-of-one-coin Lokiverse mirror thing. It’s like they watched seasons two and three of The Leftovers and were like, “Hmm, how do Marvelize this thing?” It’s a tall order. And, no this doesn’t reach those heights at all. But it has certainly climbed the Marvel mountain and planted its flag firmly atop.