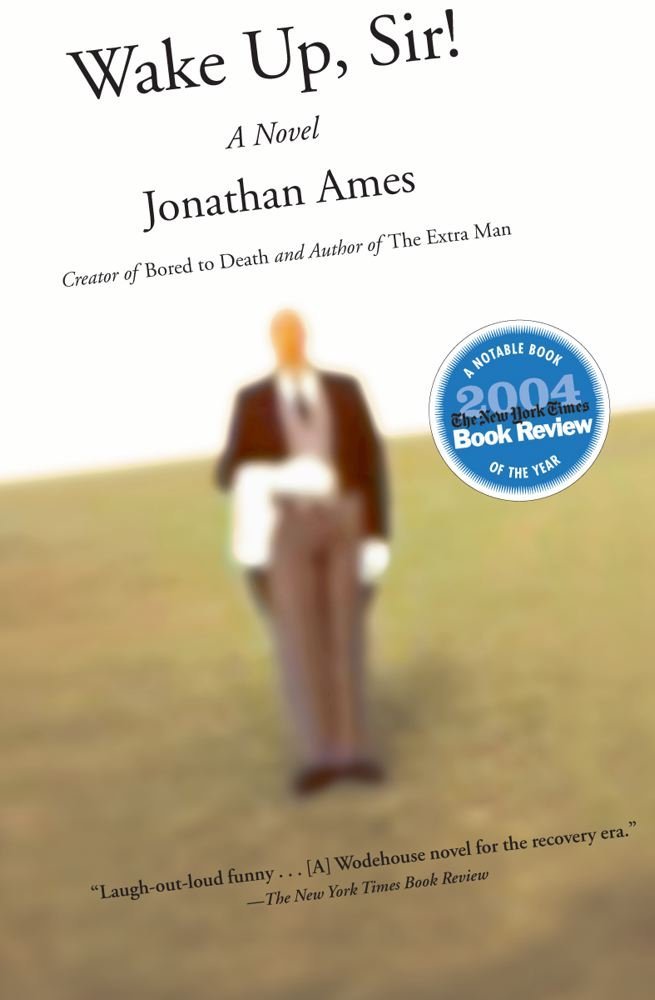 It’s like Bored to Death meets Fight Club. Okay, maybe not, but Jonathan Ames’ character, Alan Blair, is clearly the neurotic, bumbling alcoholic once-author that eventually informed his HBO series. If you haven’t read Ames before, and I hadn’t (but had seen the HBO series), imagine a more manly, yet Semitic Jerseyite version of David Sedaris. And I’m talking early Sedaris, not the nice gay fella with his partner in a chalet in France where his biggest issue is that he mixed up his Claret and Cuve.

Alan Blair has issues. The guy is a young washed up Ivy League Anglophile author who has a love of red wine and his own Jewishness. All of these qualities build his character in such a way that he ends up coming out the other side a complete mess. One wonders several times throughout the book how far down the spectrum he truly is. There are times where he reminded me of Ignatius J Reilly from Confederacy of Dunces with his oddly antiquated, titling at windmills self-importance. But on the other side his delusion is balanced by crushing self-doubt and self-hatred. And that’s where Fight Club comes in. Alan has his very own Brad Pitt in the guise of one Jeeves. Yes, Jeeves. Okay, he doesn’t punch the shit out of dudes or start an underground club full of white working stiffs who turn into anarchists and blow up the city to a Pixies song, but Jeeves does provide moral and physical support for our struggling protagonist. Oh, and he might just be imaginary.

So our protagonist starts off the book living with his aunt and uncle in Montclair, New Jersey (aka “the Park Slope of New Jersey) — a town with which I’m very familiar. He has been taken in by them in an attempt to sober up and continue work on a second book. He has taken a windfall of cash he got from a slip and fall lawsuit to hire his own personal valet, Jeeves. Jeeves helps him get through his relatively basic days and avoid running into his uncle, who loves him but would probably prefer tough love to housing his weird, neurotic nephew. It eventually becomes evident that Alan is breaking the house rules with his drinking and his Uncle enacts the nuclear option, kicking him to the curb and his own devices. He plans to go join the Hassids in the Catskills to live amongst them for no apparent reason. He plan is foiled somewhat by his poor planning, his drinking and his knack for completely fucking his life up. But, as luck would have it, Alan is accepted to a prestigious writer’s colony in Saratoga Springs right as his options seem to have reached an end. So he and Jeeves continue their roadtrip to go check the place out.

Right from the start, I wondered if the idyllic “artist colony” is not in fact an asylum. After all, he had been in one prior to dry out, and his aunt and uncle begged him to go back. I wondered if he had, in one of his black outs (which he apparently has), called the place out of desperation, not remembering that he had in fact called a looney bin and not a writer’s retreat. From the beginning my theory seemed on target. Every writer at the colony is completely insane. And then Alan starts wondering the same thing I wondered. But he then actually recognizes some of the authors from their writings, so the theory kind of fades. Though, through to the very end it’s not completely clear that this couldn’t be an asylum specifically for artists. Or is it Ames’ statement that all artists are crazy in their own way? The book follows Alan’s relationship with all of his fellow “inmates” as they bumble through silliness, sex, drinking and general wackiness. Ever since The Sixth Sense I’m now super-sensitive to the whole “is he dead” thing. Which basically means, is there a character in the story who is only visible to a single other character? In this case, we seem to only see Jeeves when he’s in Alan’s presence. So is he his conscious, his way of replacing the advice of his dead parents? Or is he just cagey and somehow manages to avoid all the meshugas? I suppose we’ll never know, but it was certainly fun to read about.