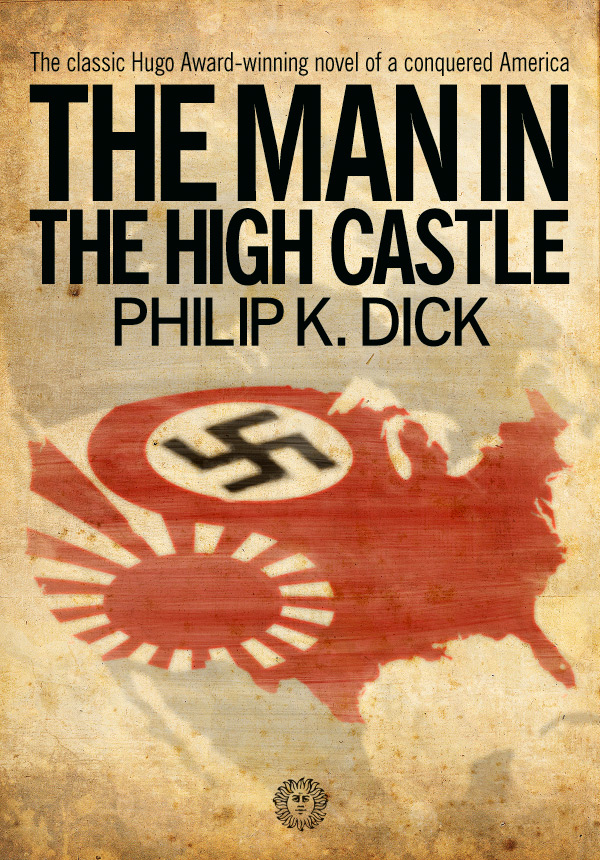 The Man In the High Castle

For some reason I always think of Philip K. Dick as less than when it comes to writing. Like less than in a non-literary way. As if a guy writing dystopian science fiction can’t be a decent writer. It seems, as usual, that I’m mistaken. Granted, I consider a writer “literary” if the shit he writes confuses, confounds or generally flies right over my head. Which was the case in parts of this particular novel. Though, I’m wondering if this effect was due more in part to my horrendous inability to remember names and ranks than his incredible writing prowess. Probably more of the former and less of the latter.

So this tale of revisionist history, not completely unlike several books I’ve read in the past, including The Yiddish Policeman’s Union, The Plot Against America and even more straightforward alternate history speculative fiction books like Jonathan Strange & Mr. Norrell and The Intuitionist takes either an event in history, or a period of history, or even the course of history itself and either flips it on its head, or skews it in such a way that it’s a world we may recognize but that is in some major way contrary in its course. Of course Dick’s book was written in 1962, so it pre-dates all of these others by decades, and at the time was probably close enough to the end of World War II to make its alternate history in which the Axis won the war pretty damn fresh in a bunch of peoples’ minds who lived through it. In Dick’s world Japan and Germany have split up the US, with Japan basically taking the West Coast and Germany taking the East. The middle of the country is this kind of giant buffer zone that keeps the two sides from each other, as the two superpowers don’t really seem to trust each other or live by the same set of laws. Dick lays out in detail all the things that led to this craziness, including the assassination of Roosevelt, a 100% successful attack on Pearl Harbor and the Nazi’s insane rampage and extermination of whole continents of people.

The plot goes on to concentrate on a group of characters in the Japanese controlled West Coast of the US. I’m not certain why, other than Dick thought it would be an interesting plot device, but a number of the characters, Japanese and American alike, live their lives according to the I Ching (which is actually Chinese, not Japanese). Not being terribly familiar with it conceptually, it seems to be like a big Dungeon & Dragons game, rolling sticks instead of dice and then looking up the results in a book and interpreting those results as gospel. About as un-American as you can get. There’s also a crew of officials, spies and citizens who interact with one another in a kind of oddball stilted way that is 90% Japanese in its formalness and 10% Dick paranoid freak. Woven throughout are Dick’s surprisingly heady (but typical of his writing) themes of the authentic versus the counterfeit, the idea of different people perceiving the same thing in completely different ways and, of course, paranoia. Though, unlike some of this other books, or movies based on his books, these themes, though overt, are subtler in their presentation. The book, if you didn’t know it was Dick, doesn’t have some of his telltale sci-fi trademarks in terms of mysterious drugs or technology or robots or floating cars or anything. It’s just more human than that.

So, the title of the book. That’s a reference to the author of a popular book in the Western region titled The Grasshopper Lies Heavy. This book, in a story-within-the-story, tells its own alternative history in which the Allies won WW II. You’d think that this book, which flies in the face of “reality” and might be said to incite “thoughts,” would be strictly crushed, banned and anyone caught with it shot on site. But that book, along with Dick, kind of goes easy on the Japanese, and saves the evil shit for the Germans. I’m not certain why he paints them as the kind of reluctant overlords, but even the Japanese read this book with some interest and fascination. It’s a kind of brain twisting self-referential thing, I guess. Anyway, the dude who wrote the book is rumored to live in a fortified house on a hill — a high castle — in the zone East of the Japanese occupied territory and West of the Germans. A Buddha? A prophet? Not sure, but ultimately that whole thing kind of flames out. As does the whole plot, honestly. Dick kind of sets up this alternative reality, which lends itself to all sorts of coolness, tells some small-ish stories that are basically just little snippets of life in this reality, but don’t necessarily lend themselves to the larger plot. There are underpinnings of this, but the lines don’t really go anywhere, leaving most open-ended and hanging out there. Dick does do his mind-fuck thing toward the end, with worlds bleeding through and reality getting semi-warped, but — and I know Dick sometimes likes to keep things ambiguous — I just kind of wish he closed the loop. To be fair, he had apparently planned on writing a sequel, so perhaps that was the reason for the lackluster attempt to tie things up, but after concentrating on minute details, some of which seemed overly developed, he kind of let the details go that would have made a truly decent book absolutely awesome.