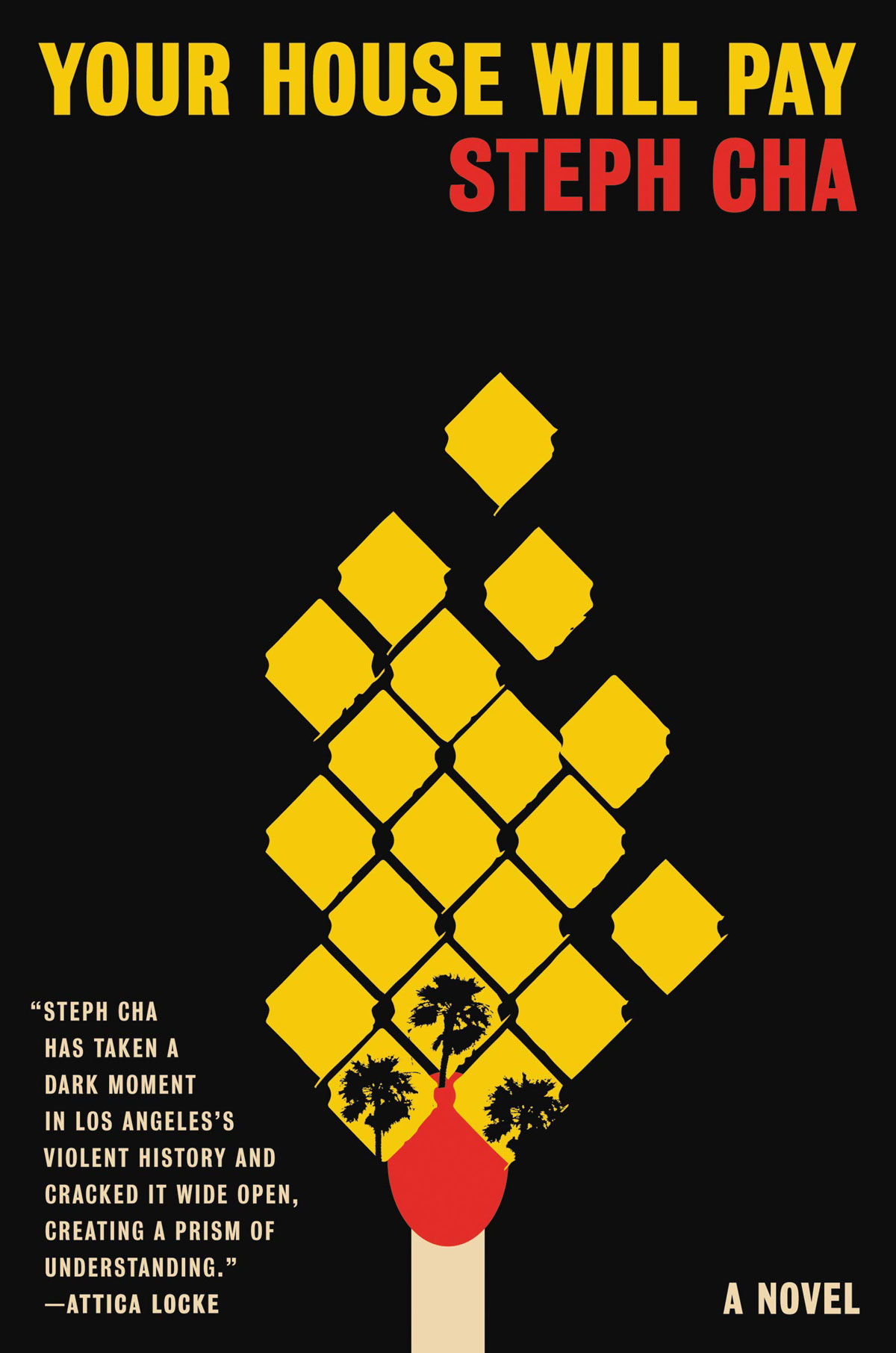 Your House Will Pay

I know I’ve mentioned about 1,001 times that I grew up in LA. It comes off as some kind of brag or something, but it’s not at all. It’s a reflexive thing that I do from way back in college where this was a unique identifier and created some sort of conversation starter when I was at a loss. Mainly because nobody from Los Angeles (or at least very few who made it past freshman year) was stupid enough to sequester themselves in freezing-cold Upstate New York for four years. I point this out, once again, only to say that this book spoke to me as a very LA-specific story. And one that intrigued me not only since the author, Steph Cha, attended the same high school I did, but also because the novel starts off in 1991 with the very real New Jack City riots in Westwood Village. Westwood was where we hung out in high school. And then, not two months after these riots, I got a job at the Mann/Fox Theatre, Westwood Village movie theater. The same chain, and only a block or two from where they turned away young black men from a movie, which caused the aforementioned “riot.” I worked there until I was transferred to the Culver Plaza Theatres in Culver City for the premier of Boyz n the Hood. I stood and took tickets at the door, surrounded by both undercover and uniformed cops. All of whom were armed to the teeth. Culver City was a bit rough back in 1991. Needless to say, after the Rodney King beating, LA was a tinderbox. Gang activity, law enforcement and race were on display like never before. Which is where Cha focuses her book.

Cha endeavors to tell the tale of two families. One African American. One Korean. She uses the New Jack City riots as an inciting event. One that kind of encapsulated the feelings of frustration and helplessness that many black folks were feeling in Los Angeles post Rodney King. Nerves were raw. Everyone was on edge. And all it took was the denial of entry into what in retrospect is a pretty mediocre movie to set things off. It is during these real riots that we’re introduced to our fictional characters. They’re young and impressionable, but we get to see their perspectives as glass shatters, things get looted and people kind of lose their minds. Cha takes this real event and layers on top of it a fictional one from the same year, which involves one of the teenagers who observed the riots first-hand. Ava Matthews, sister of Shawn, cousin of Ray, is shot in the back of the head and killed by a woman Korean store owner after an altercation where she is seemingly just trying to pay for a quart of milk. The subsequent trial and acquittal only causes bigger rifts to form between not only the cops and the black community, but also those of the black and Korean community. Both of whom either live or work in close quarters in Central LA.

After the trial, while protests still burn, the woman, Jung-Ja Han, moves with her husband and small daughter and assumes a new identity in the beigeness of The San Fernando Valley. Justice denied. Meanwhile we’re transported to 2019, where the brother of Ava, Shawn, is an ex-convict working as a mover, and the cousin, Ray, is just getting out of prison after what sounds like a pretty long career as a gang banger. So, we’re instantly in the lives of these men and their extended families, both of which have not gone as planned. Nexus event and all. Meanwhile, the Korean family — mother, father and two adult daughters — are living a middle-class life in Northridge as the owners of a small pharmacy. Jung-Ja Han is now Yvonne Park, and she has basically gotten away scot-free. One daughter, now an adult, doesn’t speak to her mother, and the other is dutiful, but only because she was born after the incident and has no idea who her mother is, or what she did. Which I, frankly, have a hard time believing that it would never come out, or she’d never stumble across it on the Internet. That seems highly unlikely for something that was supposedly big news back when it happened. Like they wouldn’t have talked about it in class when she was in high school? I imagine they talk about the Rodney King beating and the LA Riots in LA high schools, so… Anyway, I’ll let that one go.

Cha is pretty even-handed with her treatment of the two families. In fact, she’s more sympathetic to the Matthewses than she is to the Parks. Which I kept — with or without justification — thinking about. Steph Cha is obviously Korean-American. I imagine one of the two sisters is a stand-in for her. Probably the sheltered younger sister, Grace, who is clueless about her mother’s indiscretions. I have a general sense, based on where Cha grew up and the private high school that we both attended, that she is not intimately familiar with the life and times of ex-cons. Or the African American experience in Los Angeles both in the 1990s and in current times. So her lens is certainly coming from one side of the microscope. A horribly botched metaphor, but you get the point. Regardless of her even-handedness, it was always in the back of my mind, and I always felt like I was looking for a wobble or a tone-deafness with the black characters. Frankly, I didn’t see anything, but I was on a beach for a good chunk of this, so my attention was definitely not at 100%. Stupid seagulls.

Now, I don’t want to hang this albatross around this book’s neck, but I also couldn’t help thinking about Crash when reading this thing. Granted, I’ve shunted that shittiest of films from my memory in the best way I can, but there is something in the melodrama and situation that reminded me of it. Though maybe it’s just a superficial similarity. Whatever the case, I feel like the overarching idea/theme here is better than the story itself. The idea of two entangled families coming together in grief and murder to form a kind of détente because they realize that they are not their parents. They are not destined to repeat old patterns. To hold on to bad blood. They are only at odds because they’ve always been at odds. And forgiveness, while almost as hard as anger and retribution, is the best path. And that the peace has to start with someone — even one or two someones. So why not let it be them?