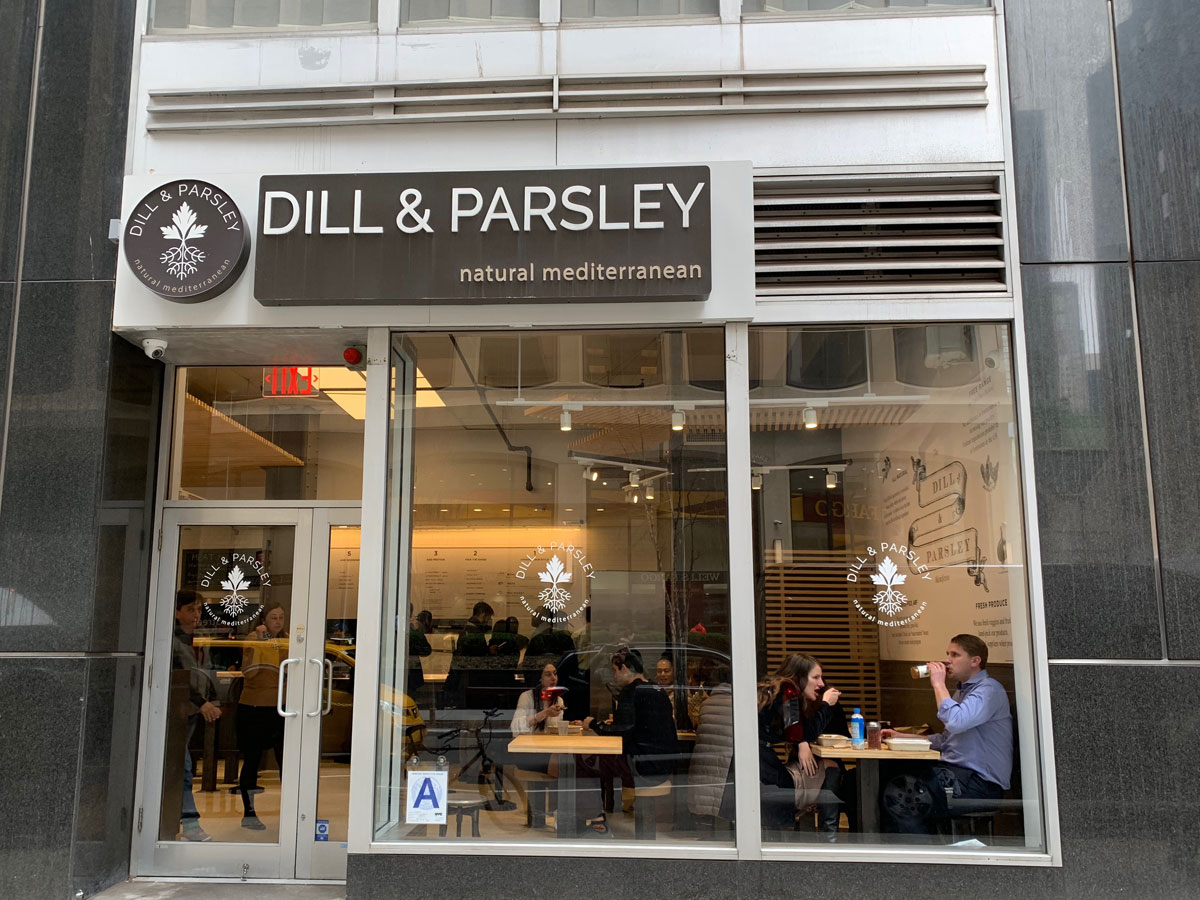 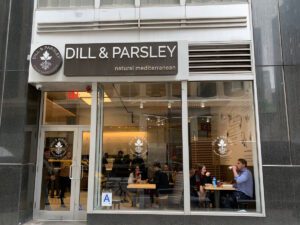 There is a bizarrely addictive quality to Dill & Parsley’s food. And it wasn’t just because my office was directly across the street from this fast-casual Mediterranean, Chipotle-type joint. Although it certainly helped.

If you’ve been to one of these fast-casual, pick-your-parts places, you’ve been to all of them. You choose a base, a protein and then a bunch of other junk to throw on top of it. It’s like the Midtown special. Because it makes perfect sense as an approach for the teaming masses who attack these places every weekday between noon and two. They cycle the bins in and out while they cook in the back, so everything is relatively fresh and the lines move fast.

That’s not to say that this joint was ever what you’d call overcrowded. Which allowed me to sit there and stare at the menu board as if I wasn’t completely aware of what was on it. I first started ordering the “bowl” size bowl. It’s three bases, one protein and two sides. Which I thought was awesome, but turned out to be way too much food. Well, too much food to not feel like a bloated piece of detritus afterward. So I downsized to the “minibowl,” which limits you to two bases or sides and one protein. It was an excercise in restraint, as I had to choose between the starches and the goopy stuff. Because, dammit, I wanted that rice, but I also wanted those pillowy little potatoes that added a great textural contrast to the hummus and babaganoush. But I always get the chicken donner, which are like little shredded chunks of mediterranean-marinated chicken. I wish they had a “medibowl,” which would be the perfect intermediary between the two.

I think what I like so much about these little bowls is the textural feel of it, along with the punch of the garlic, eggplant and oils in everything. And, of course, the earthiness of the chickpeas and sesame seeds in the hummus and tahini. It’s not a pretty plate, but the more intense flavor satisfies that need way more than a salad, or even a more healthy plate of grilled chicken and rice might. And, no, you probably don’t want to imbibe every day, as this is hardly low-cal, and the amount of salt might just send you into a dehydration coma, but as an occasional go-to, it really hits the spot. Just make sure to pack some gum or mints for the afterparty.