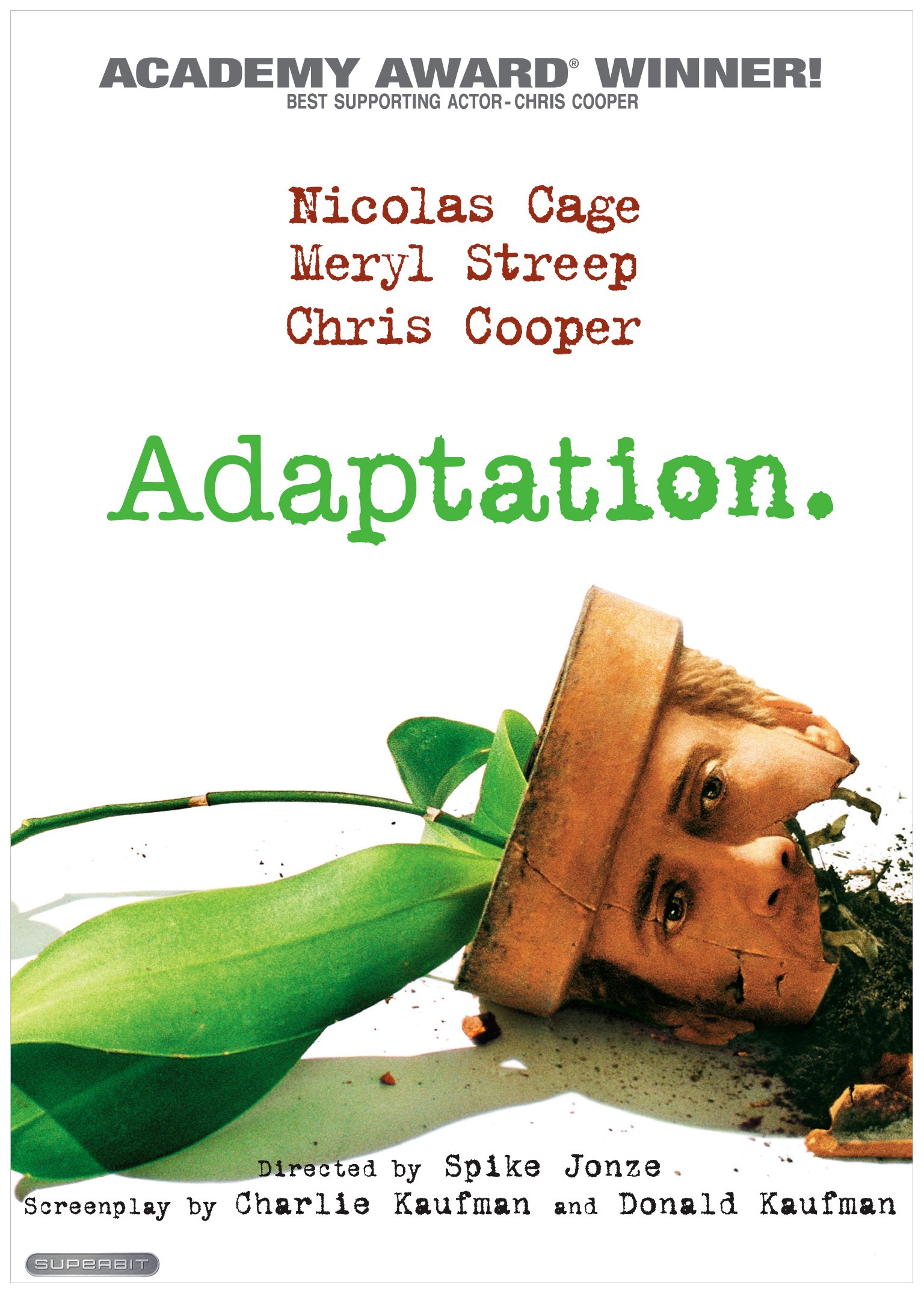 My God, where do I start? This flick makes Being John Malkovich seem like a leisurely jaunt in the country. Is this the story of a man struggling to write a screenplay, or is this the screenplay that emerges from his struggles? It’s a real screenwriter trying to adapt a real book, with a fake twin brother, a fake love life and a bunch of other stuff we have no idea about. Essentially, this movie could have been called Being Charlie Kaufman–and it’s a frightening place to be. The odd part about the movie is that we must believe the narrator of the story itself in order to believe anything that is happening–or has happened–is actually happening. It was like finding out that Keyser Soze was the guy actually telling the story of Keyser Soze; we have absolutely no way to know anything that he told us is true. The screenwriter is no longer an objective observer, but is an actual participant in the script, and can therefore alter reality where he sees fit. It’s kind of circular logic here, but thinking about the whole thing makes my head spin. Additionally, I never read the book Kaufman is trying to adapt in the film, The Orchid Thief. I have no idea how the book ends, what happens in the middle, nor if it’s really “a book about flowers” as he claims. Kaufman claims he wants to be honest in his interpretation of the book, and really write a screenplay about flowers. The problem, of course, is that flowers don’t do anything. I can’t decide if this is because Kaufman decided not to take the easy way out and write about the wacky Laroche character (because that’s what his idiot brother Donald would do), but instead try to write something pure and simple. Or maybe he chose to avoid the obvious human journey of discovery in the book (something we see in his reading of certain passages). There are just so many levels to this film, and endless interpretations of why Kaufman does what he does. Of course Donald, the imaginary brother, gets involved in the film at one point (thus the shared writing credits) and the whole thing goes haywire. There is a love interest named Amelia for Charlie who may or may not only exist in his imagination (we first see her presented in a New York Times article that Kaufman keeps under his pillow and then she shows up with him at a party in the next scene.) Kaufman often imagines erotic encounters with female waitresses, lingerie models and women on book dust jackets. I guess I’m just not smart enough to figure out what the hell is what. Regardless, it was a fun time trying to figure it out. The bonus is the fine acting by all. Nicolas Cage has finally redeemed himself for all the years of crap he’s been making. He’s goofy and neurotic, and even sweet as Donald. He doesn’t overact or yell or glower. It’s his best part since Raising Arizona. Meryl Streep is Meryl Streep, and Chris Cooper will get a lot more consideration for future parts after the great job he did here as the freakish Laroche. I just hope Kaufman doesn’t suffer the inevitable breakdown and stop writing wonderfully original screenplays that make audiences think for a change.