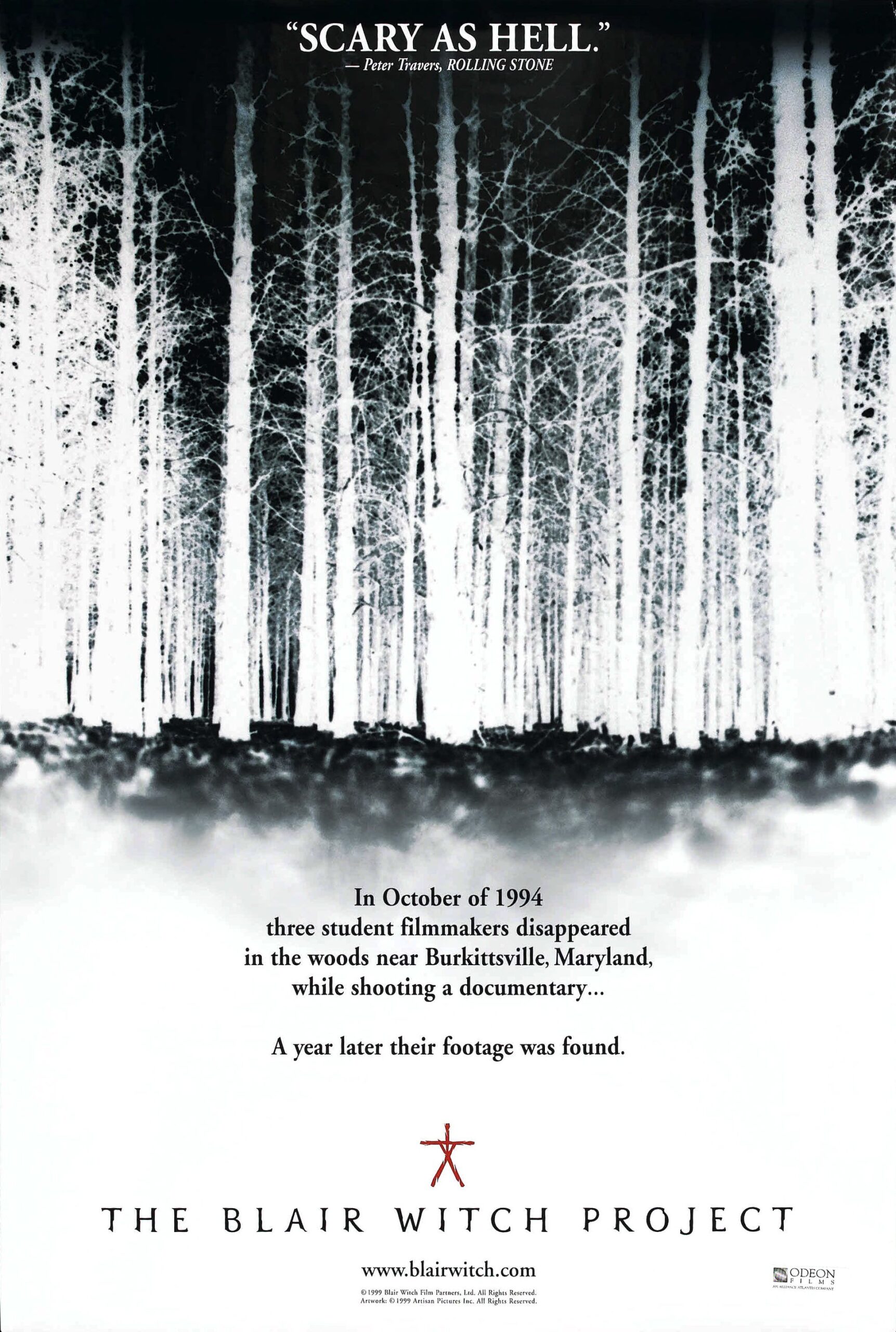 I wish I had gone into this movie with no clue. I wish I thought it was real. In fact, I wish it was real. No, not because I wanted three kids to die, but because this would have been the scariest thing ever. Knowing it wasn’t real kind of ruined things for me. Yes, it was still freaky, and the acting was actually better than almost all the movies I’ve reviewed on this site. The day after seeing the movie, I saw a faux history documentary on the Sci-Fi Channel that went through the legend of The Blair Witch through the ages, using clips from the The Blair Witch Project, fake old footage and documents, and interviews with the professors and relatives of the cast. That, coupled with the actual film, would have been an amazing story — if , again, I hadn’t found out it was fake. Damn the media.

The marketing for this extremely low-budget film was great and just thinking about the process the actors and directors went through to make the film is, in a way, more interesting than the movie itself. I must point out that Jeffery Lyons is a complete idiot. That just had to be said. Again, the movie was completely convincing and the actors seemed genuinely scared, cold, hungry and angry (as they may well have been.) Having been lost in the woods myself, (through no fault of my own, of course) it is amazing how quickly people begin to give up hope, turn on each other and create horrors that may or may not be real. And I’m just happy to see a movie that uses absolutely no special effects or computers. Bravo!