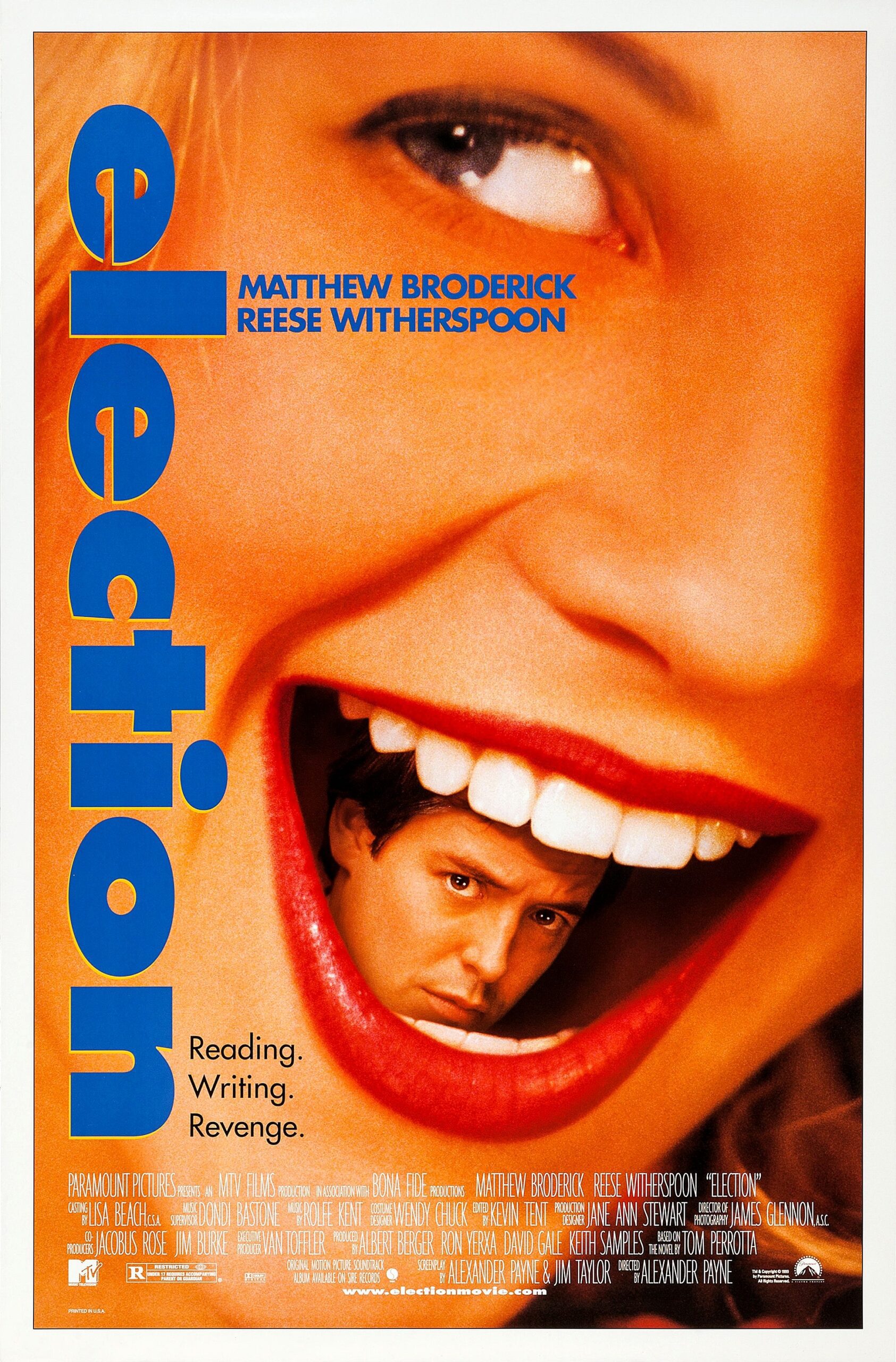 This film starts out so innocently. You sit there for the first few minutes of the film thinking you are going to see another innocuous high school film with some pleasing social message or other, until Mark Harelik drops the line out of the blue: “Her pussy gets sooo wet.” That’s where the pleasantries stop and the roller coaster of mean spirited, sarcastic, social satire begins — and I love it. In director Payne’s world nobody is who they are on the surface, nobody can remain innocent in a world filled with power, except those who don’t seek it. The casting of Matthew Broderick as a loser teacher is an obviously self-conscious one, as everyone alive in the 80’s still associates him with the anti-establishment Ferris Bueller. Broderick plays the part perfectly, as you just want to hide your head in shame for him every time he is on screen. Also cast perfectly is Reese Witherspoon as Broderick’s overachieving nemesis, Tracy Flick. You know exactly what is going through her mind every time she bugs her eyes, flares her nostrils and stomps her prissy little feet. Situations in the movie are not treated with kid gloves and I was shocked to see mothers and fathers sitting there with their kids watching this movie. I was embarrassed for the parents as they discovered, as did I, that this was a raw film, filled with despicable characters and scenes you just wish you had written because they are just that perfect. The director also does a great job blending his somewhat out-there style seamlessly between scenes. This is just one of those movies I can’t wait to see again. Up there with Rushmore as one of the year’s best so far.