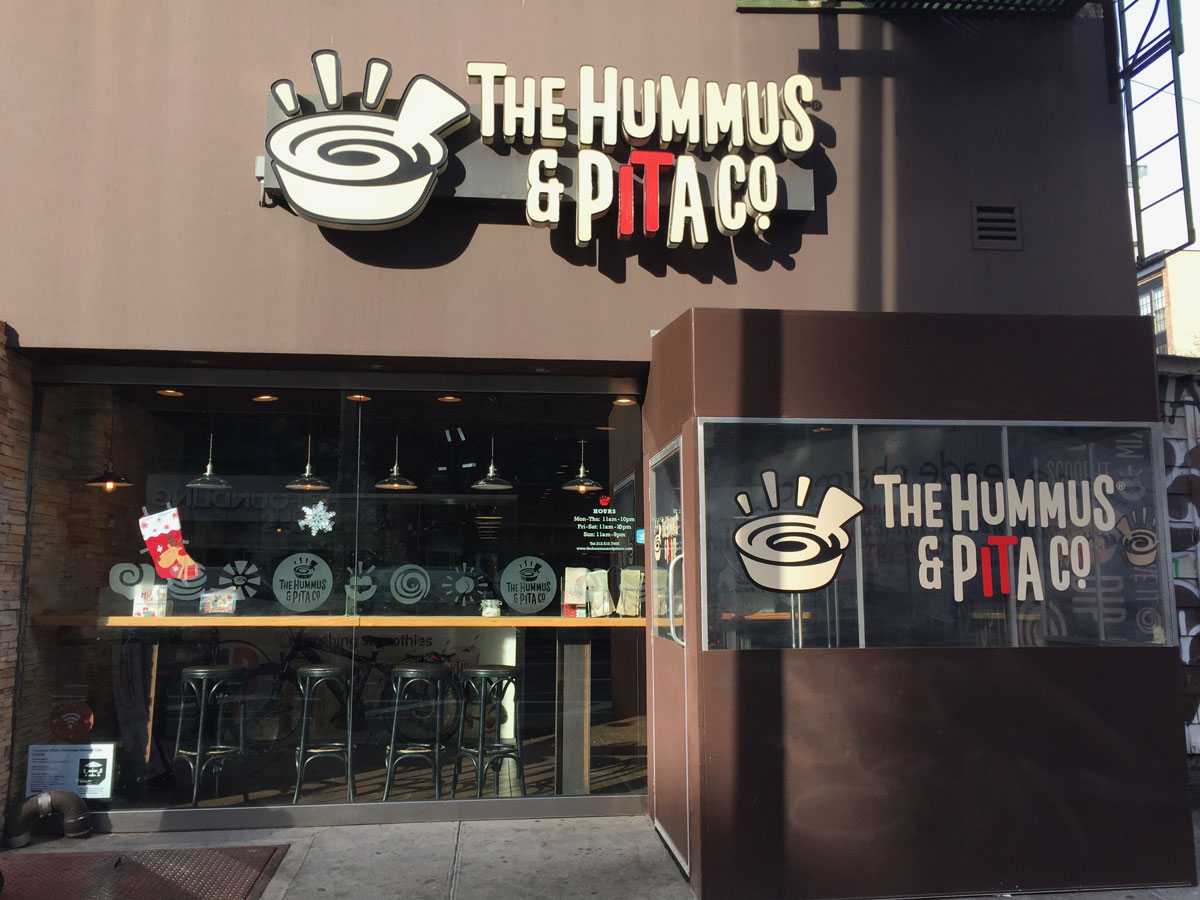 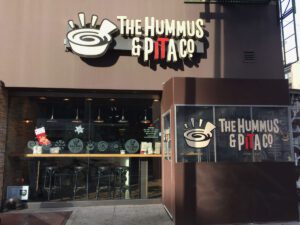 There was a time in my life when I ate at The Hummus & Pita Co. way too much. I mean just because it has the word hummus in it doesn’t make it healthy. In fact, I’m starting to think — based on the extra three holes I had to punch in my belt during that period — that this stuff isn’t healthy at all. I can’t imagine why not?

Well, first I had a plate that involved hummus. Hummus is like 90% oil. Then I added some chicken shawarma. That’s cut from a giant spinning glob of poultry that I think is sandwiched with lard. But maybe not. Whatever it is, it’s delicious and probably not at all comparable to a low-fat item like its boring cousin, the plain chicken breast. As sides I always went baba ganoosh. I think that’s essentially eggplant mixed with more oil. And then the kicker: fried eggplant. It adds some more oil flavor and a little bit of toothiness to an otherwise mushy plate. Also throw on some red cabbage. Crunch.

It’s been a bit since I’ve been here, but it was an easy and fast solution for a lunch on the go. It used to be cheaper, but now a bowl will run you about twelve bucks. Which is pretty typical. In fact, it feels like there’s some price-fixing scam out there, as almost all build-a-bowl joints have gone to this pricing model. It’s essentially Mediterranean Dig Inn. But obviously way less health focused (even if they say so on their site).

I seem to recall the line being almost exclusively dudes and sometimes longer on nicer days. Occasionally they’d run out of shawarma and I’d have to go for chicken tabun, which is essentially grilled chicken cooked in some spices. And that was all fine and good. But when they didn’t have my fried eggplant, I could have taken a bat to the place. I didn’t, but that’s the kind of emotion that shit brought out in me when hungry. I’m not going to say this place is unique in any way in this day and age, but back in 2012 when it first opened and I first became a patron, it was appointment eating.