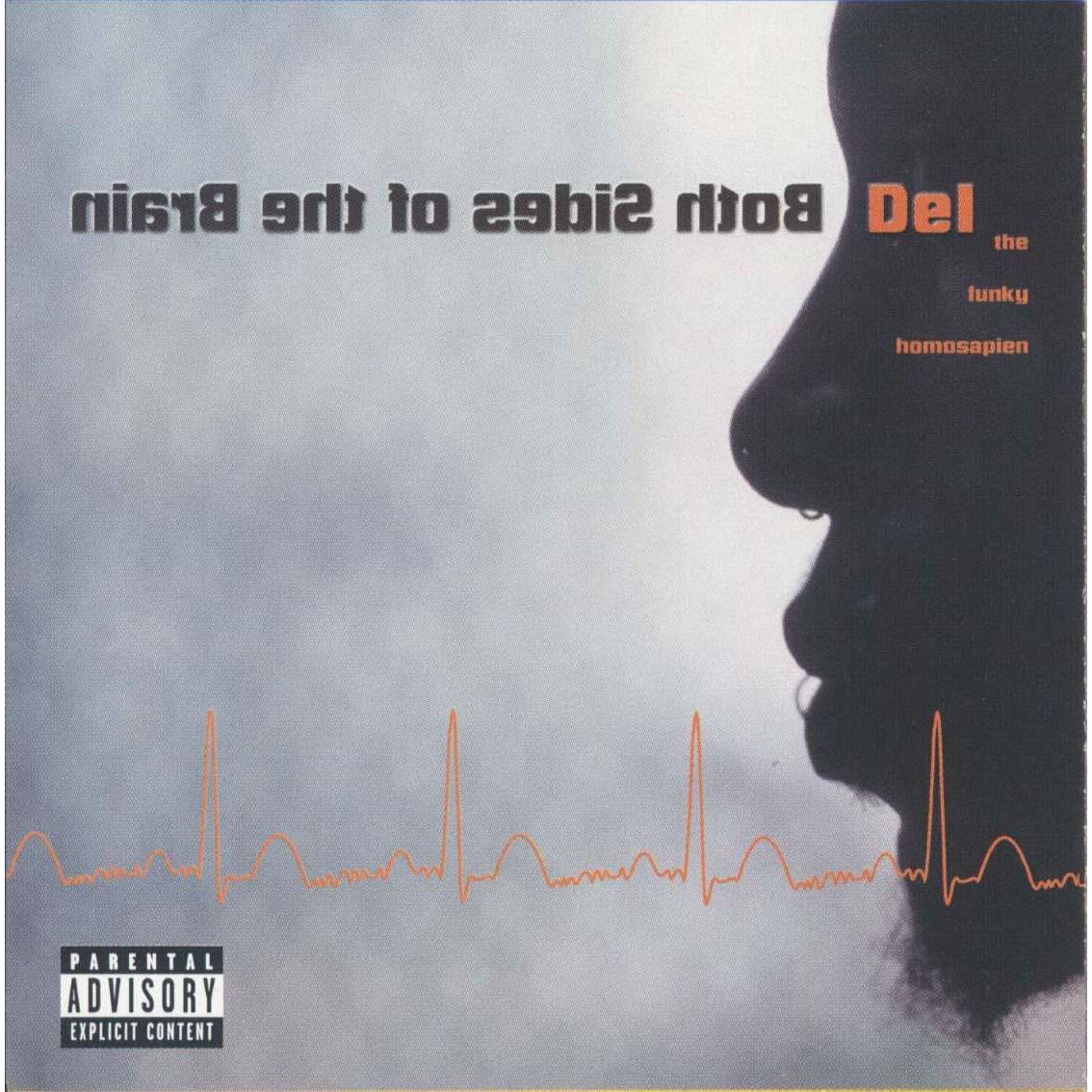 Del tha Funkee Homosapien: Both Sides of the Brain

Del always sounds a little unbalanced to me. I mean the guy is generally pissed about stuff, but he tends to lash out at just about everyone in this like funny bouncy delivery that sounds like not many other rappers out there. He’s always talking about suckas “flapping your gums” or “flapping your molars” or some such talkin’-shit analogy. He’s always railing against some invisible enemy in a tumble of words (interspersed with his Northern Cali give-away term “hella”) that sounds less like the bragging we’re used to and more like a crazy person ranting in an empty room. And like most wacky people yelling at bus stops and subway cars and wherever, they’re fascinating folks to listen to, but are at times hard to take and after a while you need to walk away until the next day when you can again listen to their tales of aliens stealing gold from Fort Knox and the government putting mercury implants in your cerebellum. There are also a bunch of songs about what I can only assume are folks in his ‘hood that do drugs, drink and drive, shoot at cops and basically get into shenanigans. While he definitely has a distinct style, which is admirable, unfortunately – despite this being a decent album – his patter gets tiresome by track 17 and one needs a rest from him for a while for fear of hemorrhaging out the ear hole.