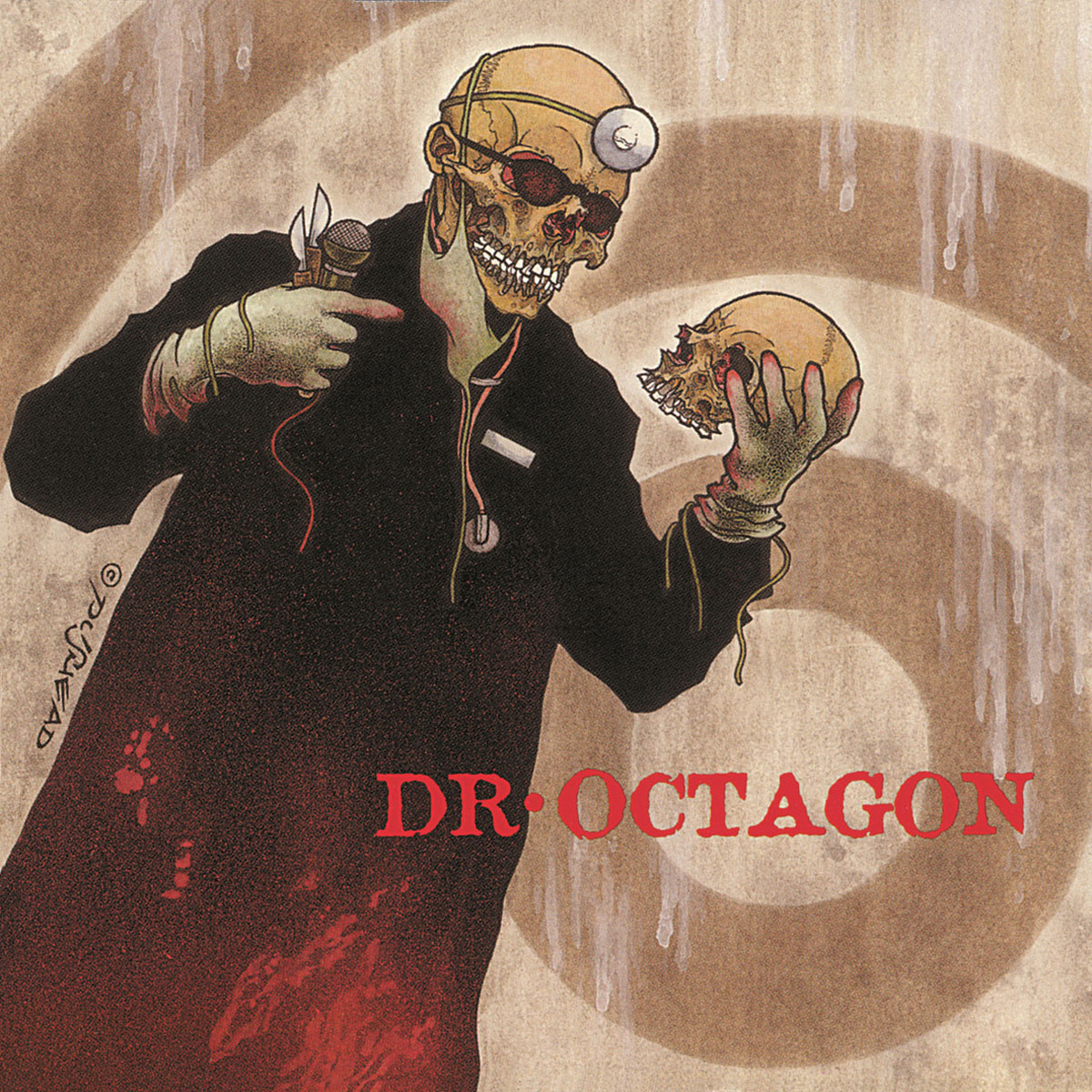 I heard this album for the first time when working for a record label back in 1997. And heard it. And heard it. And heard it. It seems this girl who worked in my area was obsessed and hit replay at each and every chance. Considering the subject matter (he’s a psychotic gynecologist) and the many porn clip samples, it was all sorts of awkward – though so was she. At first I was a little horrified, and then amused and then got into it. So into it, in fact, that I went out and bought what I thought was the album so I could listen to it in the privacy of my own home. Turns out I bought the instrumental version, and thought I might be losing my mind. Of course at the time I had no idea that Dr. Octagon was in fact Kool Keith from Ultramagnetic MC’s – whose Critical Beatdown album I enjoyed to death in the late eighties. It seems on this album that Keith had moved on from braggin’ about his skeelz and moved on to bragging about his fake job as a space alien gynecologist (or at least I think that’s what’s going on). His delivery, voice and his complete and utter free-association sounds almost identical to Tracy Morgan’s more scatological stuff. It makes you wonder if Tracy listened to this album in altered states one too many times. This album is so way outside the norm when it comes to rap, it’s almost impossible to put it in the same category as, say, Wu-Tang Clan. The production on this one, as compared to his other releases, is stupendous and as focused as his lyrics are not. He’s an entertaining character to be sure, and his focus on anuses, glands and body parts over a somewhat Halloween-ish horror soundscape as a whole is sometimes a little disturbing and also pretty damn funny. A serious classic amongst so much utter crap.