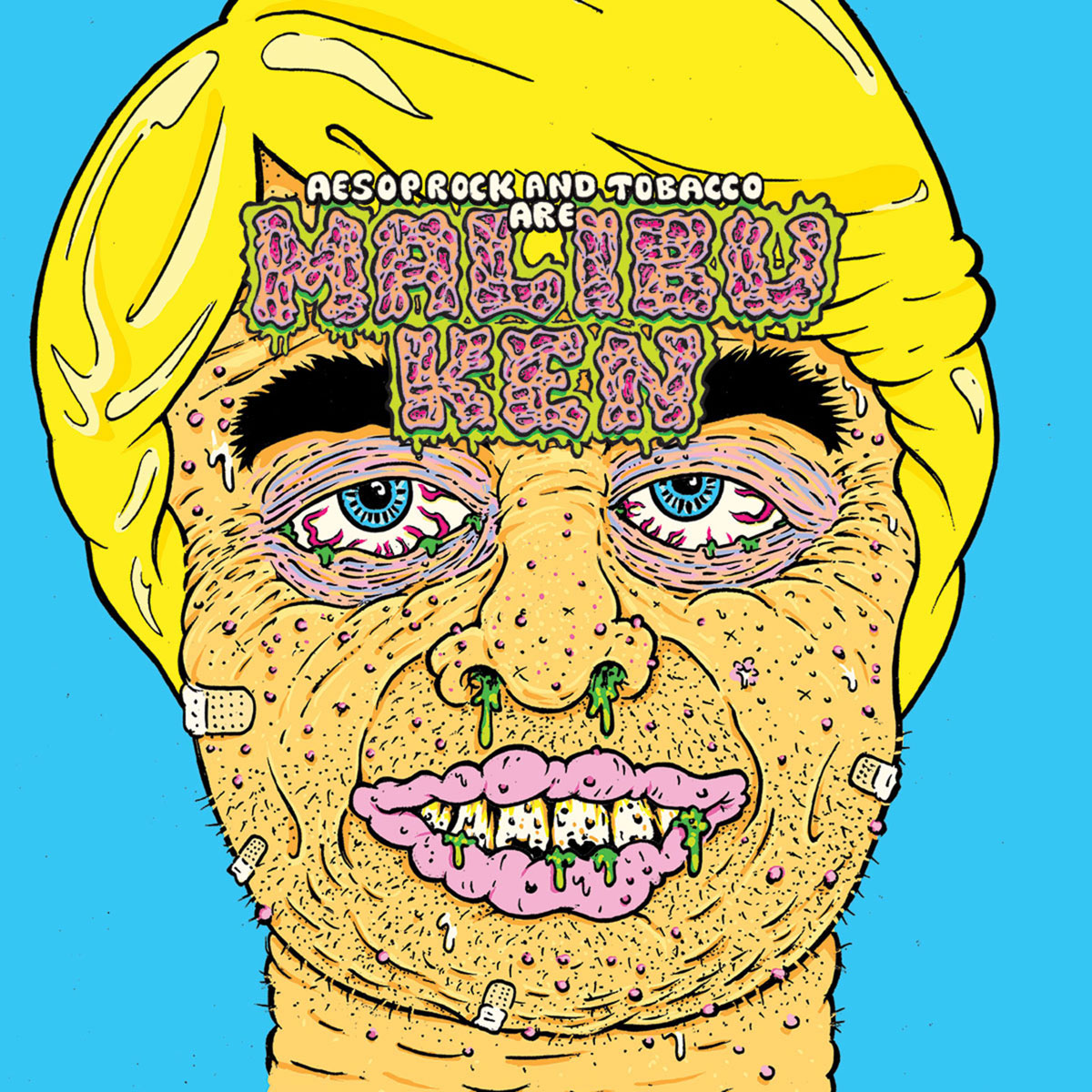 Aesop Rock is a thing you kind of either like or you don’t. His rapping feels like a mashup of the darkest corners of a satanic cult and a Saturday morning cartoon marathon. His imagery is disturbing in a mad scientist kind of way, and his words just sort of tumble from his mouth like that friend of yours from high school who got really freaked when he was super-tired and was coming down from tons of ecstasy. His partner in this Malibu Ken endeavor, TOBACCO, is an unknown commodity to me. His music and beats remind me of the 80s keyboard trills at the beginning of an episode of Stranger Things. You can also imagine them playing in some creepy, smoke-filled arcade in a nightmare from which you just can’t wake. Or like a neon-strewn indie film like Drive.

Whatever the case, the two married together make for something unusual in today’s rap world: it’s interesting. And sounds different every time you hear it. And it’s weird. Like a roller skating adventure through hell. In a world full of trap beats and whatever that mumble-rap garbage is, it’s really cool to hear the dense, unrelenting rhymes of Aesop Rock over TOBACCO’s dreamy, but oddly menacing synthscape. The music also reminds me of some of the tunes from Black Mirror and the Netflix series, Maniac. Vaguely sci-fi, but in a retro way that feels intentionally old and dystopian. Something out of time.

Aesop Rock obviously has his own solo career, but has tried a bunch of different partnerships, each of which is very cool in its own way. Hail Mary Mallon is the most straight-forward parallel to his normal stuff, but he also did a collaboration with Kimya Dawson called The Uncluded, which I listened to on repeat for a couple weeks back several years ago. It’s out there and pretty damned awesome with its folksy hip-hop thing. This one is different, though there is never mistaking Aesop Rock for anyone but him. His lyrics about the grossness of the human body, the twisted way his mind works and just various organic strangeness of the world in which we live. I think the album cover says it all. Our mushy bodies are a horror show.

I’ve noticed that this album is really a headphone banger. The backing tracks and whole feel of it is very insular and sounds great in a pair of cans. Of course playing it out loud might get you kicked the hell out of wherever you might be sitting. It’s not for everyone, and I’m aware of that. But if you haven’t listened to hip hop for a few years, or are just looking for a break from the usual trash fire that is the modern scene, I’d suggest at least giving it a listen to experience something unique.