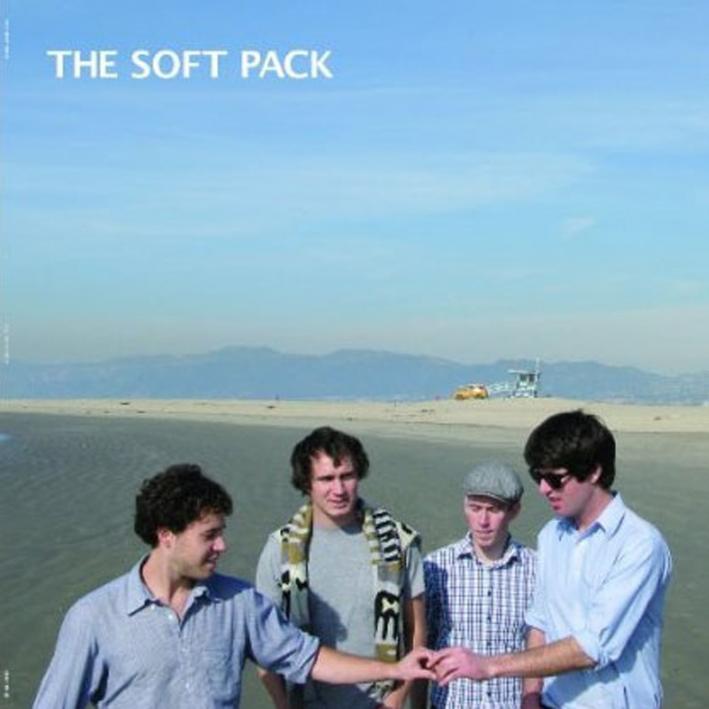 Funny enough “soft pack” was the nickname hung around the necks of my group of friends in high school by marauding private school bullies. So we got gats, and soon they were calling us the “hard pack.” The jokes don’t get any better here, so I’ll move on to this band about whom I know just about nothing. I do know they make pretty damn catchy melodic indie rock. Though to describe them in any way other than to compare them to another band nobody has ever heard is all my music pea-brain can muster. Though even that defies description. They’re just so generic in their indie rockedness that I can’t think of another middle-of-the-road indie rock band to compare them to. Now what the hell do I do? The Von Bondies! There. Another nondescript band for ya — though certainly not a perfect match here, but at least in the same ballpark. These guys are less stylized, though, and their lead singer about matches the oxford-shirted photo on their album cover. His voice is cool-ish, but probably sounds like just about every college band lead singer playing the local bar circuit all around the country. The thing is, this album, despite its relatively vanilla approach, manages to evoke a sense of fun and youthfulness that is neither too jokey, nor too serious. Which, believe it or not, has become, in my opinion, a serious problem with indie music these days. Are you making fun of the music you’re playing (and thus the audience listening to it) just to be an ironic snobby hipster? Or do you take yourself so seriously that it’s off-putting to your audience? Well, these guys strike that balance nicely, playing music that’s exciting and fun, but not snarky and cynical.