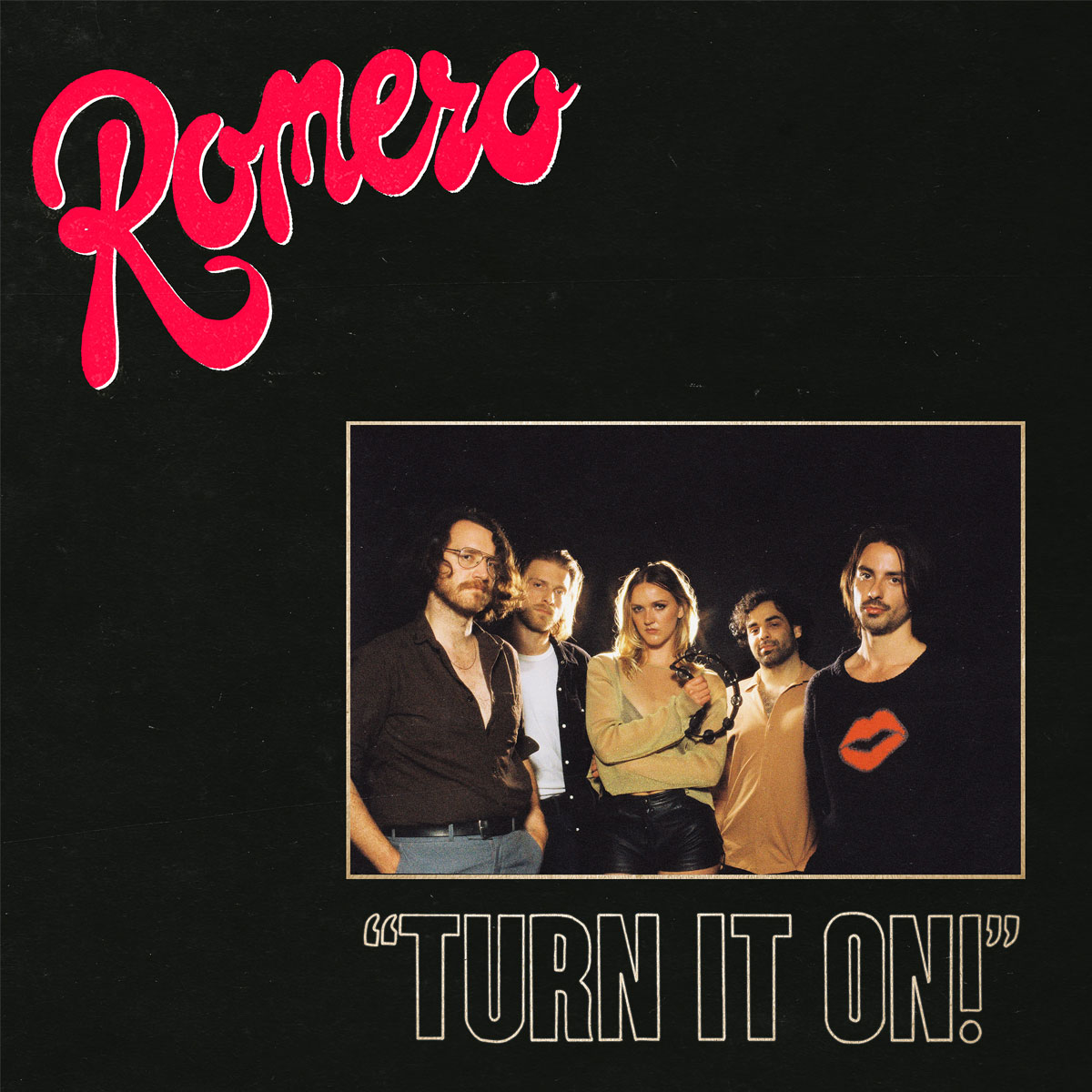 Romero: Turn It On!

Romero isn’t a band I’d ever heard of before putting on this, their debut effort, Turn It On! But a couple notes in and I felt like I pretty much knew what I was getting into. One part The Exploding Hearts and another Sleater-Kinney, they end up with that vintage rock sound with a dash of riot girrrl manic energy. So, less swingy and more, uh, bangy. Less Strokes and White Reaper, and more Sheer Mag. But definitely not The Muffs. But not totally not Bat Fangs. You get it.

What you may also be able to deduce from this list of bands is that Romero has that that kind of 50s/60s throwback sound modernized for 2022, complete with what I imagine are vintage amps and whatever that effect is that makes lead singer Alanna Oliver’s voice sound like it’s running through a PA on the verge of collapse. The dual guitar attack, some occasional wood block on the drums and whoo-hoos in the choruses. It’s old-school power pop rock ‘n’ roll. Meant more for a good time than a cerebral one. But, hey, we have enough navel gazing that a rollicking straight-up throwback record ain’t exactly the worst thing in the world.

It’s funny. The music is both unadorned and gimmicky at the same time. I mean it’s about as far from original as you can imagine, what with all the aforementioned touch points. And I’m sure many, many I don’t even know or understand. But it’s also super straight forward. No space jams or weirdo keyboards or electronics of any kind. It could have easily been made 20 years ago, if not 30. Which in some ways makes it pretty specific and affected in its own way. Like while you’re listening to it, you’re like this is pretty decent. But as soon as it wraps up, you don’t exactly miss it. And if you were to hear this on the radio or in a random mix, you wouldn’t immediately recognize it as Romero. The way you would some of their influences.

Upon multiple listens, though, some of the better songs start to make themselves known. But there is a samey-samey quality to the record from track to track. I don’t know if it’s the tenor of Oliver’s voice, or the tempos, or just the wail and chunk of the guitar settings, but I think in an attempt to create a “sound,” the gimmick blends things just a little too well. There are only eleven tracks, but there is definitely some ear fatigue by track eight or so as you get pummeled with some of those pop shockwaves. I’m sound sensitive, though.

Overall, this is a really fun and mostly satisfying debut that I think really deserves a couple run throughs before making a real judgement. I do wish they broke it up sonically a little bit, but perhaps nobody expects anyone to listen to albums all the way through in a single sitting anymore. Us old-heads, though, we judge things on the whole package. Not just the shiny shit. Rock on.