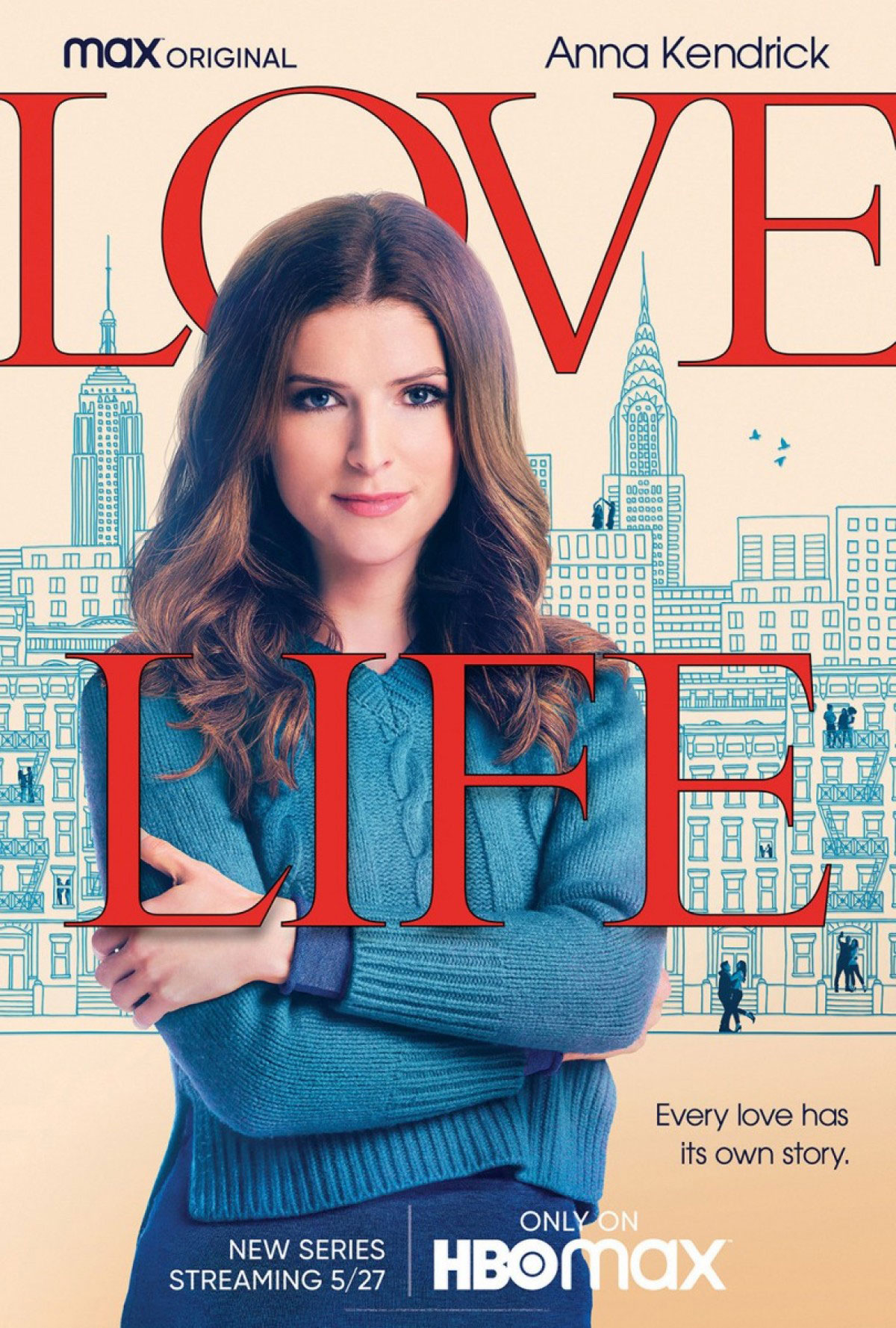 I liked it better when Love Life was called High Fidelity. Seriously, there is so little space between this young-love-in-the-city tale and, especially the new female-centric version of High Fidelity series, that I’m surprised someone didn’t say “hold up” in the pitch meeting. Granted, the main character, the weirdly named Darby Carter, played by Anna Kendrick is way less hipster than the Zöe Kravitz Rob character, but the shows are almost indiscernible from one another if you strip away some of the details.

First, Love Life uses the exact same setup as High Fidelity, where our main gal looks back over her relationships to determine why her current love life is lacking. We even go back to her long-lost first love who she obsesses over and wonders why things went awry. Which, it turns out, is because she gets caught in a lie about having cancer. A detail that also seems directly ripped from Search Party, where a character, in fact, lies about and gets caught telling people he has cancer.

Putting the plagiarism aside, the show is relatively breezy and Kendrick does her Kendrick thing. I’m happy to see Jin Ha from Devs getting more work, as he’s just awesome. I love that dude. And he’s great, once again, as Darby’s, uh, most serious love interest. Her version of Russell ‘Mac’ McCormack from High Fidelity. Who — and I suppose this is sort of a spoiler alert — actually ends up as her love interest. The actor, Kingsley Ben-Adir, who played Mac in High Fidelity, shows up in this show in a pivotal role in much the same way he does in the other show. After rolling my eyes at the similarities the whole time, I actually laughed out loud when he showed up. It was almost too much to believe.

So… I’ll stop with the comparisons and just say… Sex and the City! Girls! Okay, I’m done. So, putting aside the borrowing from other shows, I didn’t absolutely hate the series. Most of that has to do with Anna Kendrick, honestly. As she’s just a delightful actress. Her nervous energy is infectious and she’s pretty darn funny when she needs to be. She also cries a ton. Like a whole lot. And somehow it’s not off-putting.  Granted, her character is written to be likable. Unlike the leads in the aforementioned shows at the beginning of this paragraph. Whom — unless I was completely watching things incorrectly — were written to be mostly despicable, awful human beings. Of course the show itself doesn’t have the edge that a Girls did, which made for a more enjoyable and less cringey watch. So a binge didn’t leave me wanting to cut my wrists with a broken wine glass or whatever.

Ultimately it’s a tale that has twists and turns, but ends up as a muted fairy tale. Because of its anthology setup, presumably season two will focus on another character’s voyage toward his or her “person.” And because we know that this is where it’ll ultimately end up, it takes a bit of the surprise out of the ending. Because we know the series was ten episodes long and that Darby must meet her “person” by the end, we know that when she meets a dude in episode ten that he’s probably the one. Definitely the one. Which is weird given the fact we’ve spent so much time with Jin Ha’s character Augie, and another former relationship in Magnus (Nick Thune), though we only get a cursory look at her ultimate destination with some random dude we just met. Thus the muted fairy tale. Because he’s just a dude who waltzes in, steals her heart and kinda, sorta seems to turn her into just another satisfied New York yuppie with the loving husband and some other guy’s kid.