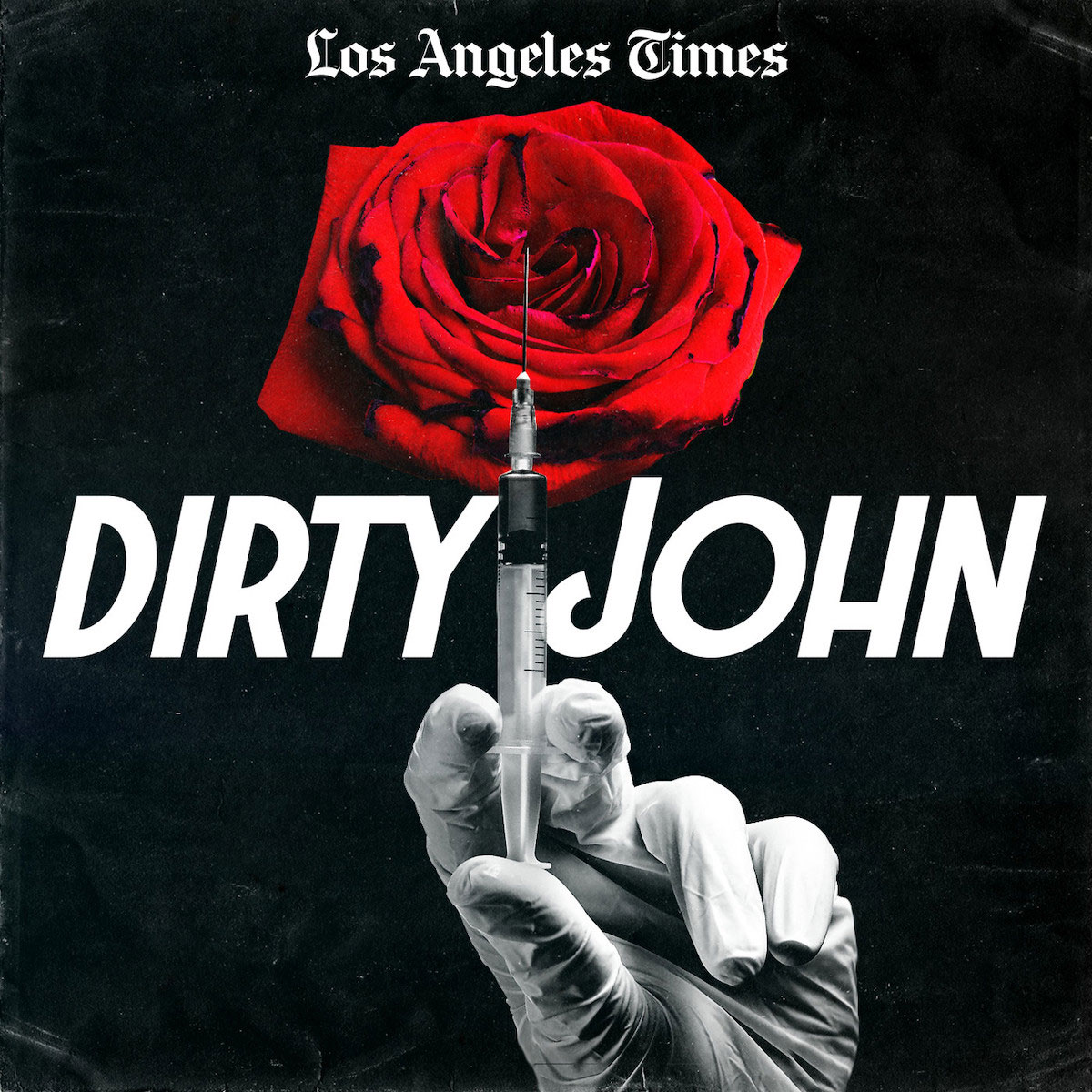 I’ve been listening to way too many of these depressing podcasts of late. Dirty John is a little different than some of them, of course, as it’s not about an unsolved murder, child abduction or uncovering a specific mystery through interviews and shoe leather. Not that those things don’t happen here, but we already know how this story ends. The podcast isn’t getting to the how or the who, but about getting to the why.

The thing is, sometimes there isn’t an actual why when you’re dealing with a sociopath. And, let’s get this straight, the dude, “Dirty” John Meehan, at the center of this story, is nothing if not a complete sociopath. And delving into the mind and actions of someone so devious and damaged is a fascinating journey.

This narrative is ostensibly about Debra Newell. She is a very successful interior decorator in the tawny Newport Beach community. But while her professional life has flourished, her personal life has ended in three divorces and clearly some struggles in terms of her judgement in men. It’s always weird when someone can be so smart in one part of their life, but so dumb/naive in another. But here we were. The pod includes many interviews with Debra. And she seems… almost childlike in her approach to other humans. Infuriatingly so, in fact. And maybe that’s her bizarro Christianity, or maybe it’s that she honestly isn’t so bright outside of picking out couches and paint. Whatever the case, she comes across as a very innocent, but sympathetic, character that is the perfect target for someone like Dirty John Meehan.

So Debra and John meet on a dating site. Again, Debra is a relatively wealthy businesswoman who has her own flourishing business and a supportive and loving family. John shows up to their date in old surgical scrubs and claims to be an anesthesiologist. Right away, this coming-to-a-date-in-costume move screams douchebag, if not out-and-out liar. There are red flags right out of the gate, but Debra is blind to it because he’s a handsome dude who showers her with praise. And she’s clearly an insecure and horrifyingly naive person, despite being attractive herself (though several years older than John), stylish and wealthy. Their relationship goes from zero to sixty in a hurry and, despite her daughters’ skepticism, they end up getting married a couple months later.

Not surprisingly, John’s claim that he’s a doctor falls apart quickly, people from his past come to light and Debra’s vision of the perfect man crumbles before her. Things that should have been evident form the get go, but she was blinded by whatever it is she saw in him. He does the typical psycho thing where he cleaves her from her family (all of whom are on to him at this point) and then blackmails and manipulates her into things. Meanwhile, the investigation by podcast host, LA Times writer, Christopher Goffard, looks to old girlfriends, classmates, c0-workers, family and various others to uncover his backstory and what would make a man do this to someone he claims to love. And, boy howdy, is it a shitshow.

It turns out Debra is just one in a long, long line of women John has “befriended” and then worked into compromising positions, only to steal from them, manipulate them and ultimately leave them minus either money, property or sanity. There are more restraining orders in his past than fish in the sea. Drug abuse, stalking, extortion. He’s done it all. But, like a lot of sociopaths, he is slippery as hell, despite his bold flaunting of the law. Some of his nonsense is just plain stupid and psychotic (like trying unsuccessfully to light a car on fire and leaving many incriminating voicemails) but he still somehow gets away with shit. It’s like everyone is blinded by this guy who is so obviously a bad dude. Plus, he’s weirdly good at understanding how to flaunt the law. He’s psycho smart.

The podcast goes beyond the story of Debra and John and uncovers so much crazy shit in his past that it makes you wonder why anyone with the Internet couldn’t have just Googled the guy and figured out what a terrible human being he was. As a listener I was constantly surprised by the layers of his insanity and how he was able to snooker so many over such a long period of time. Especially while clearly battling what is a serious drug problem. Granted, if we assume that his other victims were like Debra, it’s not that hard to see how he chose a type and stuck with it. The way this story ends, though. Holy fuck. It’s bonkers. I purposely read nothing about this case before listening to the podcast, and the violence that this came to was shocking and amazing.  This is basically a Dateline episode on serious steroids.