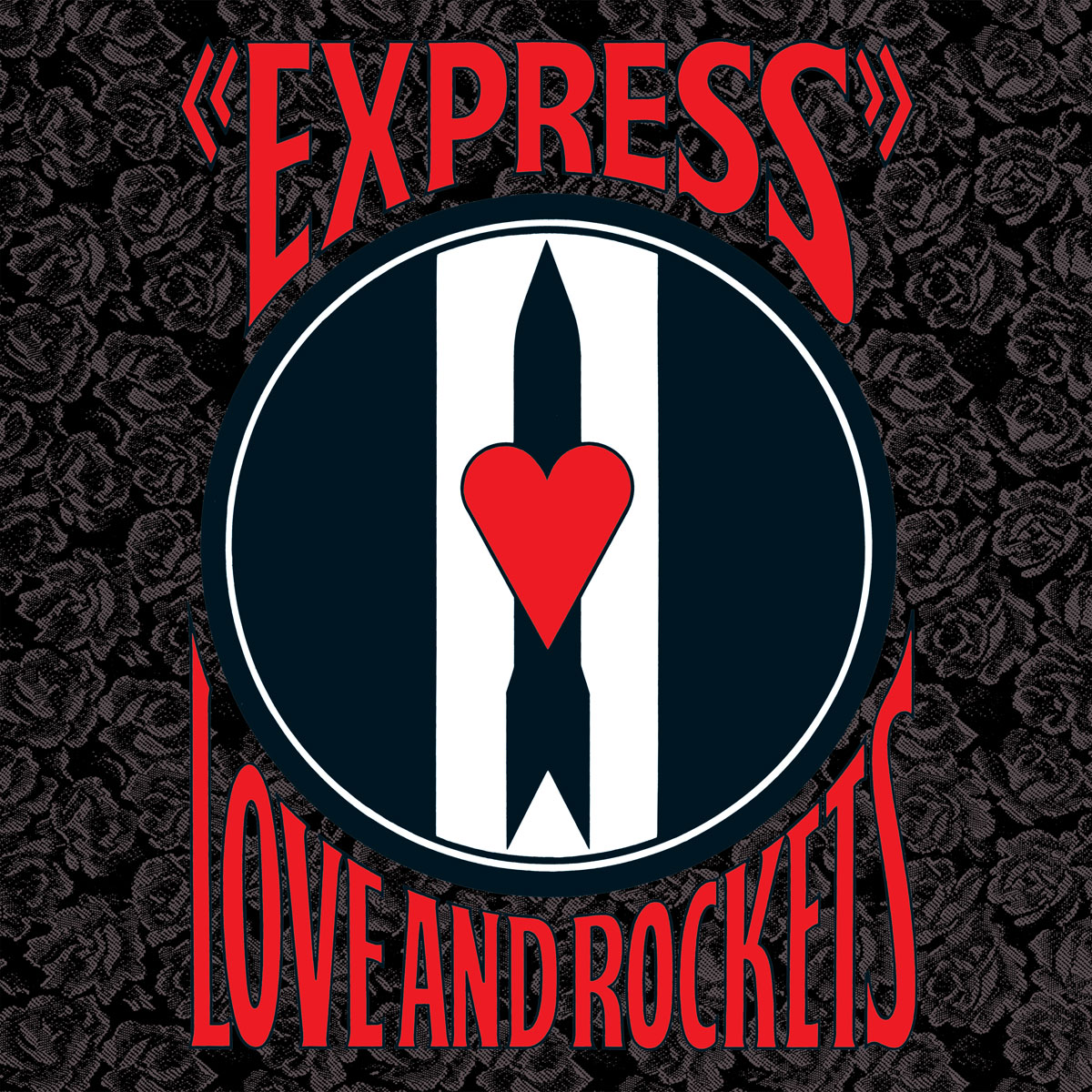 I’m pretty sure I had a Love and Rockets t-shirt at some point in the 80s. It’s a pretty odd band name when you really think about it. Or maybe it’s just super of-the-times, what with the cold war raging and the musical landscape still coming down from (or trying to keep it going) flower power. Or maybe it’s the beginning of the ironic culture of the 90s. Whatever the case, any band that involved members of the former goth rock gods, Bauhaus, had instant cache and deserved at least a serious listen.

Never having been a Bauhaus fan, however, I came straight to the band via this, their sophomore album. My concern, right off the bat, was that the band would be too gloomy, based on what I perceived to be their past downcast, dark predilections. I wasn’t looking for what I thought of at the time as Frankenstein music. I imagine that tag came not only from the tendency of the music to be slow, plodding and monolithic, but also because Bauhaus’ signature tune was called “Bela Lugosi’s Dead.” And, yes, I know Bela Lugosi played Dracula and not Frankenstein’s monster, but you get the idea.

The album has had a multitude of tracklisting changes both early on and with a 2001 reissue. I’m going to base my review on the original tracklisting I had on the 1986 cassette I probably bought at the Tower Records in Westwood. At only ten tracks long, I suppose it was typical for the period, but feels a bit light in the age of 26-track mixed tapes. Though they skip the skits. Thank god. Anyhow, you’d think, based on the opening song’s, “It Could Be Sunshine,” first two minutes that you’d accidentally picked up a Cure tape. What with its Middle Eastern mystery, minor keys and echoey production. But then at two minutes it down-shifts into this distortion-led guitar rock banger, which is still kind of spookily distant, but definitely leans more into that thing that would eventually become alt rock than the slog rock from which it sprang.

There was something about music at this time that felt so much more personal. Listening on a Walkman, it felt like this album was all my own. Nobody else I knew owned this record. Nobody I knew was listening to anything that sounded similar. I can’t remember if I saw one of their videos on 120 Minutes or heard a track from the album late night on KROQ, but I saved my cash and walked myself into that Tower Records and took a chance on buying something based on a single song I’d heard. And because I’d spent my money and didn’t have the universe of music in my pocket, I listened to it a thousand times and internalized it and only shared it with people I thought would appreciate it. And whether or not this album was worth it, I don’t know, but that’s how music used to feel. Granted, I’m sure thousands of other people in LA were having the same experience with this album, but it didn’t matter.

So, in retrospect, is this album mind-blowing? I mean, there are still some pretty cool moments — and it honestly doesn’t sound like much else — but they really front-loaded the thing, putting the best tracks mostly in the first four tunes. The back half does get a little bogged down in the echo and thunderous production, but it does bring to mind some of the more psychedelic stuff from contemporary albums like Love by The Cult and even Depeche Mode’s Black Celebration if they were to dial up the reverb. All in all, it’s an album that launched for me the appreciation of what different kinds of music could be, and created a mood that stuck with me way after the tape stopped spinning and my parents told me to turn off the Walkman for the night.