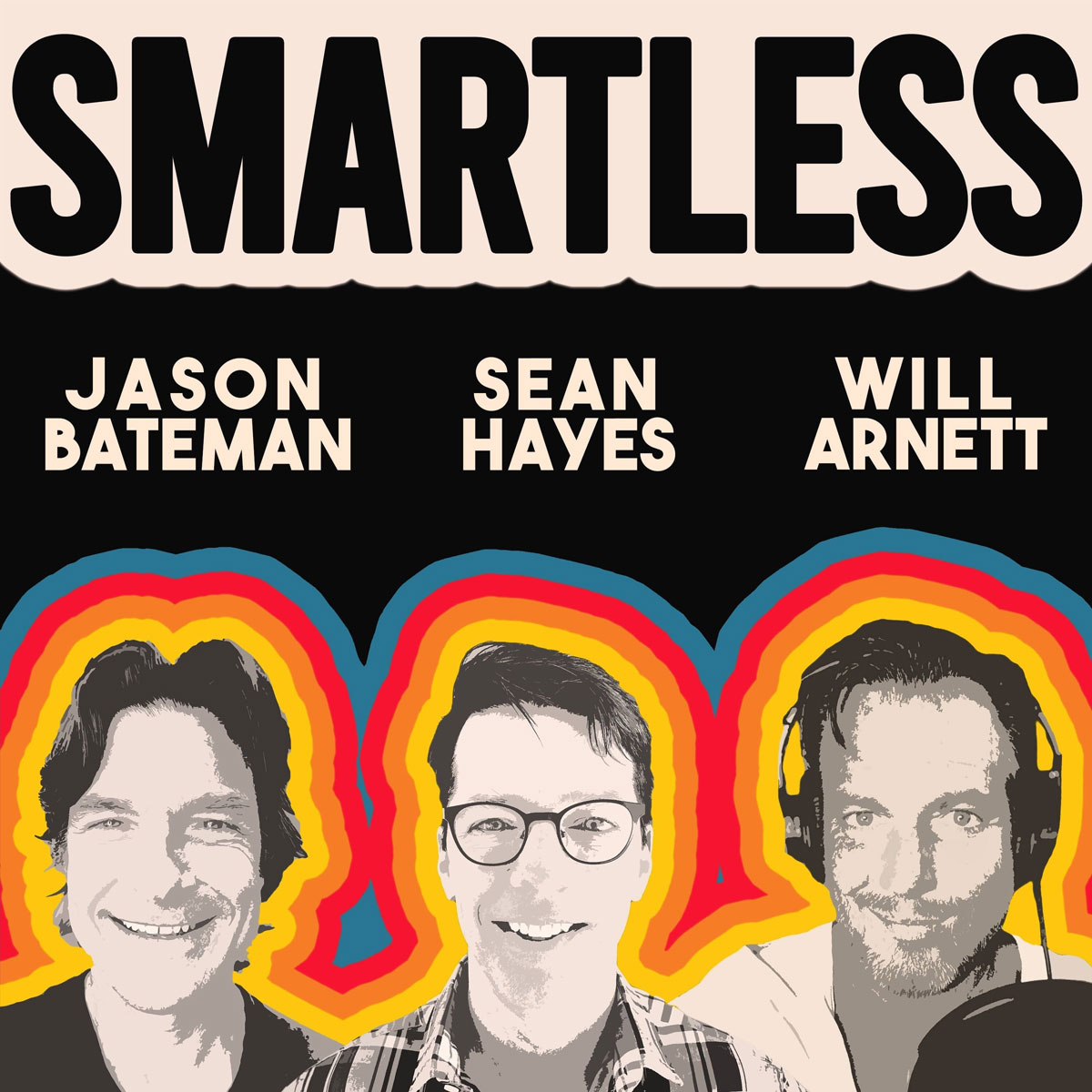 Funny is funny. But being a talkshow host is something completely different. Especially when you’re interviewing friends or people with whom you’ve worked and/or may work with in the future. And, honestly, funny isn’t always funny. Jason Bateman: dry and more sarcastically self-deprecatingly witty than funny. Will Arnett: over-the-top and sometimes funny, but mostly annoying funny. Sean Hayes: not at all funny and seemingly in a different podcast than Jason and Will. So goes this star-studded tri-host podcast, Smartless.

I’ve never listened to Marc Maron’s ridiculously popular podcast, WTF. I know, I know. But from what I understand, the guy is a very good interviewer. He is empathetic and thoughtful and, at the same time, funny. Even when he’s talking to people he’s known for decades and is reasonably close to. Probably meant to be in the same lane, the conceit of Smartless is that each one of the three hosts invites a “surprise” celebrity guest each week. A person presumably known to that host and most likely to the other two as well. Friends, mostly. But instead of delving into things and/or even getting to the root of who they are, they fawn all over the person, tell him/her how awesome he/she is and maybe tell a couple anecdotes to prove the case. Occasionally they convey some fun tale, which mostly revolve around when Bateman and Arnett were out partying or doing dumb shit. But mostly it’s just a weird PR session to shower with the guest to unabashed praise. Which isn’t fun. Nor funny.

Which goes back to the whole thing about being a talkshow host being difficult. When Bateman and Arnett are busting each other’s balls, it can be amusing. But, often times, is a devolution from the guest’s story. But Sean Hayes has no idea what a transition is. They’ll finally get the guest on some interesting track and he’ll read a question that he’s clearly drafted beforehand that has nothing to do with what’s being said, and it’s jarring. And, look, I know he was “Just Jack,” but I’m not really certain what otherwise makes him a candidate to be on this show. Other than the dubious claim that he’s buddies with these other two. A claim I have a little trouble buying. But, hey, maybe I’m just not getting it.

This is all to say that they have a pretty intriguing slate of guests. It started strong with Dax Shepard, who definitely revealed some personal details that I didn’t know about and was a super-compelling guest all on his own. Despite the whole rookie thing where they just kept telling him how awesome he is. It came to a crescendo when Melissa McCarthy visited and they just about beat each other up trying to tell her what an amazing actress she is. We all know she’s a hysterical person, so we don’t need these three knuckleheads continually telling her (and us) that. Just let her talk and come in a with a plan. Same goes with Will Ferrell. Luckily the dude knows how to navigate an interviewer who doesn’t really know how to interview and is armed with lots of funny stories to tell. Probably built after years of doing press junkets with foreign reporters who didn’t have the English words and every vlog on the planet lead by some 15-year-old with a handycam. But when they bring on a Jennifer Aniston, for instance, who is not a natural talker, it spirals into awkwardness and makes for a painful listen.

Look, I’m sure they’ll take constructive criticism, invite more dynamic guests and continue to hone their craft. It’s just that Bateman and Arnett, outside of their brotherly bond from Arrested Development, feel of a Gen X piece. Whereas Hayes is a bit of a square peg. He just doesn’t jibe with the whole thing. It seems that Shepard would actually be a great third, but he apparently has his own successful pod called Armchair Expert. Or like Rob Corddry. Or — and I’m a fucking genius here — Craig Robinson. Granted, I just made those two friends with Rob and Craig, but whatever. Dreams need not be realistic. Of course I’m being a bit hyperbolic about the whole thing. It’s just fine. It’s just kind of boring, truth be told. And maybe that’s not the fault of the hosts. Or even the guests. But just my dissatisfaction in this day and age of listening to pampered celebs tell stories about their dinner parties (which do seem to take up a large percentage of their conversations). I mean, they really aren’t good at it. Yet. And I don’t know if they will get to be good before Bateman has to go work on something. Or like LEGO Masters Season Two starts up for Arnett. I’m not certain what Hayes does with his time, but I’m sure he’s doing somethingorother that’s outside of my area of interest. Anyhow, I’ll continue to check in weekly and listen if the guest peaks my interest, but maybe it’s best to give them some time to get their schtick down cold.