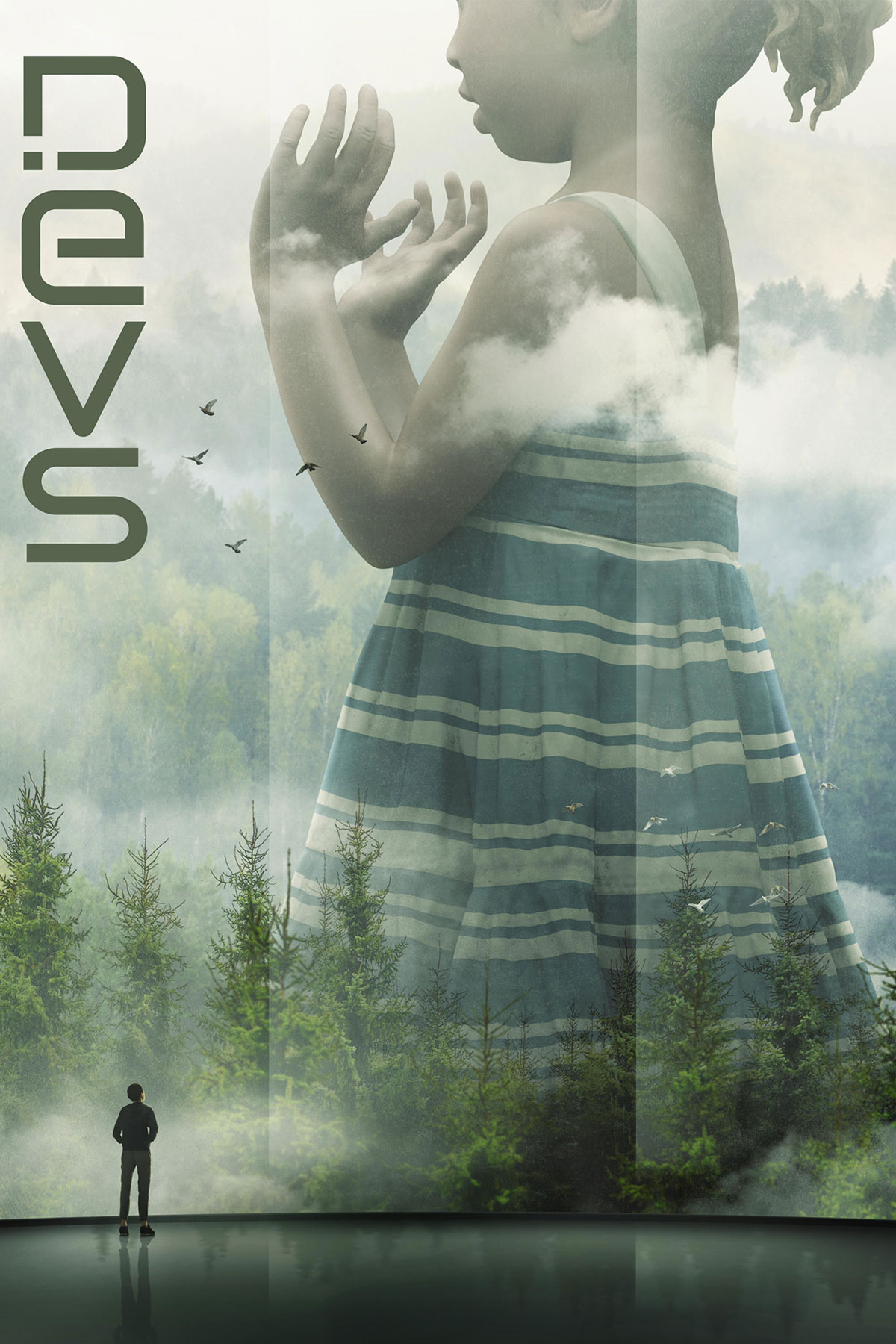 From the moment I heard about this show, I was onboard. I heard Alex Garland and sci-fi mystery and I think I literally checked Google on a weekly basis to find out when the series was going to start. Thing is, Devs is not even remotely a unique term. It’s like naming your show IT or Help Desk. I eventually figured it out, but ran into a different bit of confusion. Was this show on FX? Or Hulu? Or somehow on both or neither? As it turns out this was the flagship launch for the FX on Hulu cooperative network thing. I still don’t really get it, but all that matters is that I found it and got to watch this mind-bending, somewhat uneven series for myself.

Now, if you’ve seen other Garland directed stuff like Annihilation and Ex Machina, you know the man always creates beautiful art that makes you think. He did the same as the screenwriter of the gnarly Danny Boyle films Sunshine and 28 Days Later and, weirdly, the novel on which the Boyle movie, The Beach, was based. And whatever you think of all of those films, you know they’re all incredibly smart, amazingly original and intense experiences. The man does not do nutless.

What he does do is this psychological sci-fi that plays with morality and humanity in a time of machine intelligence. Devs specifically deals with humanity in the face of omnipotence. It’s a very modern tale about how all of our data is used by ubiquitous tech companies. In this case the company is called Amaya. I’m not sure we ever really find out what Amaya’s core business is, but I think we’re to assume it’s a Google-like entity housed in the woods of Santa Cruz (or at least that’s where it’s filmed). Its leader, Forest (Nick Offerman), is a long-haired Jesus-looking dude who seems divorced from the day-to-day operations and instead is focused on the secretive Devs project going on in a mysterious building out in the… forest. A guy who can’t see the forest for the trees, literally and figuratively. So, Forest.

Like Garland’s other projects, there are no real bad guys per se. There is Amaya’s head of security, Kenton (Zach Grenier), who does on occasion murder people. But, hey, he’s just protecting Forest’s interests. But morality is always something that is never black or white in his world. This is shown in stark relief with Forest’s girlfriend/mentee, Katie (Alison Pill). Whose detached relationship with fate eventually becomes clear and her morality understandable once we know what she knows. It’s a really interesting “what would you do and how would you be” kind of thought experiment.

The mystery for the first few episodes revolves around the Devs project and just what they’re up to with it. This is set up with our protagonist, Lily Chan (Sonoya Mizuno) and her relationship with her boyfriend and fellow employee, Sergei. Sergei is invited to the Devs program — a very big honor within the company — and soon disappears. In trying to find her missing boyfriend, she also comes into the world of Forest and his single-minded drive to see the Devs project to its conclusion. I won’t go into too much of what the Devs project actually is, but suffice it to say that there is some time element to it that gives us that sci-fi headache of the chicken-or-the-egg thing.

And that gets to the whole question of determinism. Is everything that Lily is doing to find Sergei pre-determined? Is Sergei getting the gig with Devs and disappearing also something that was always going to happen? Are we all just hamsters on a wheel? Can we blame choices we make or lay off guilt on fate? It’s just like Garland to pose all of these questions in calm conversations in beautiful rooms. With glassy-eyed Offerman and robotic Pill in hushed tones. Rather than with car chases and shootouts. But the narrative definitely does shift from mystery to moral tale once we kind of get to the bottom of what’s up with Devs. They certainly hold back some twists, but Garland manages to make the conversation something deeper than just the time-bending science of it all.

Now for the not-as-great parts. Sonoya Mizuno. I remember her from Maniac and apparently she’d been in small roles in Garland’s films. But she just does not have the range to carry an entire series. She is supposed to be our emotional anchor. Not only the one solving the mysteries, fighting against the system and being our moral grounding, but also the one we’re supposed to feel for and root for. But she’s a bummer. She is seemingly a pretty terrible girlfriend, a user and a pretty selfish person. She doesn’t project the intelligence, sharpness and gravitas that I think Garland thinks her character should. And perhaps that’s the fault of Garland himself for telling her to act the way she does. Which is always downcast, always vaguely sad (even when she shouldn’t be) and barely upset even when upsetting things are happening left and right. Or — and I think this was the actual problem — it’s Garland’s fault for casting her in this role to begin with. I think he thinks she’s interesting looking. And he clearly does this — casting Cailee Spaeny to play a young man, for instance — because he falls in love with the look of things. But she really brings down the entire series with her wet-blanket acting and stiff delivery (using a kind of non-regional, fakey American accent). Especially when everyone is always saying how “special” she is. It’s just not evident on screen.

That said, Offerman is a perfect Forest. Pill is great in her role. Spaeny is terrific as the young, idealistic Lyndon. Honestly, everyone is good. But I really rode for Lily’s ex-boyfriend, Jamie (Jin Ha). That poor dude suffers the trials of Job and is honestly one of the best drawn characters in the whole show. All the emotion we can’t feel for Lily, we can’t help but heap on Jamie. That dude and Ha’s portrayal of him is amazing. I was watching the whole time wondering where I’d seen the diminutive actor before and it didn’t hit me until the other day when Ms. Hipster insisted we watch the Jesus Christ Superstar Live in Concert program again, where he plays one of the bad dudes who sings in a super-high falsetto. Which leads me to believe he’s typically a Broadway guy. I’m hoping Garland gets a lot of fan mail that tells him to put him in future projects.

I did very much enjoy the series. And wonder why I didn’t visit my friend at UC Santa Cruz more when I had the chance considering how cool it looked as the Amaya headquarters. Everything that Garland makes always looks very cool and sticks with you long after it ends. I did notice the inconsistencies here that felt like perhaps eight episodes was a bit of a trap for a guy used to squeezing a lot of stuff into two hours. Maybe it just gave him too much to have to fill with stuff (like a weird Russia subplot that never really gels) that was outside of the core narrative. And one large casting miss, of course. But overall I remain a fan of Garland’s vision and his amazing ability to blend beauty, horror, science and humanity into a single package.
https://www.youtube.com/watch?v=gFEaO3OVo1Y