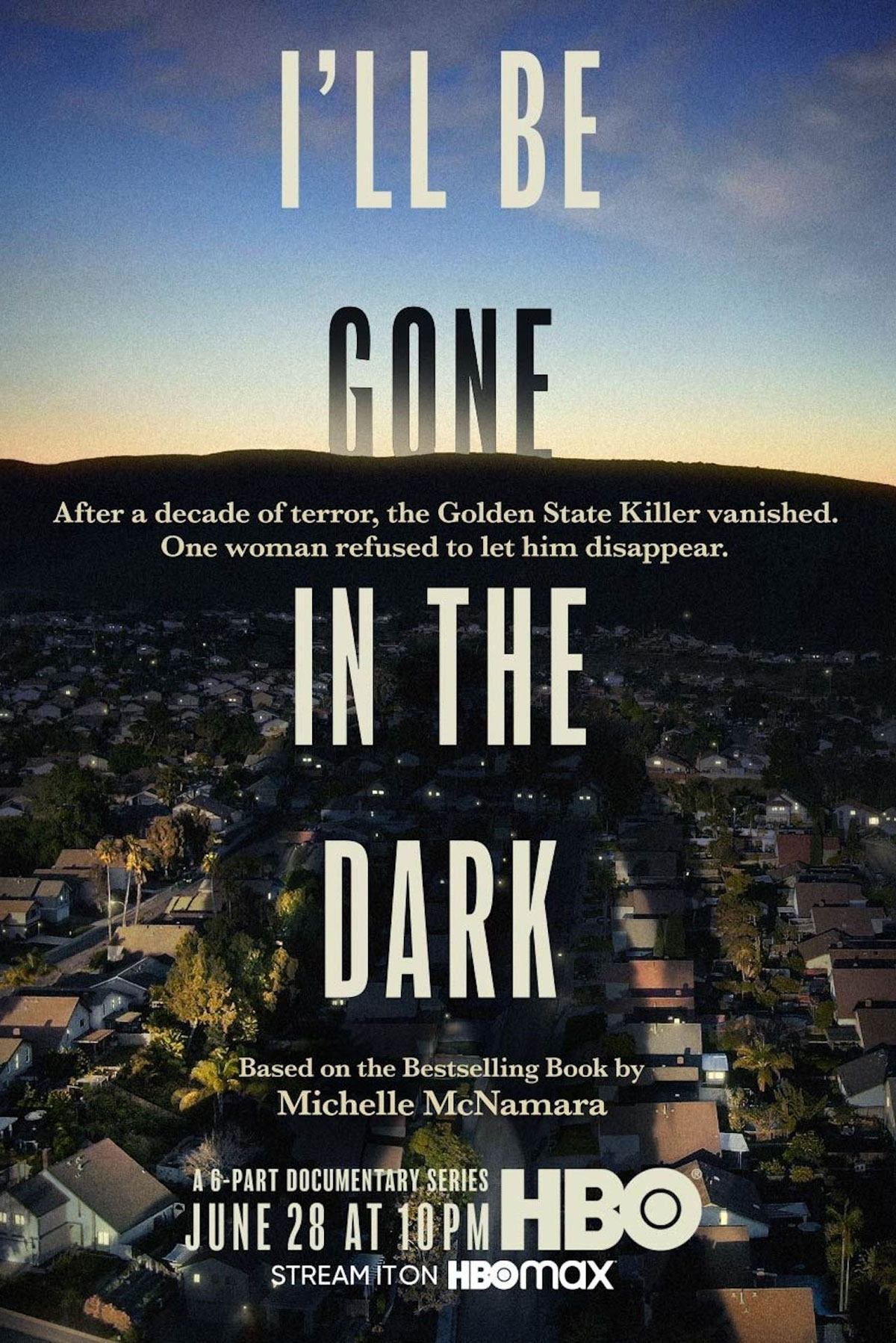 I’ll Be Gone in the Dark

Am I allowed to make lukewarm takes? Like if I said I was just okay with I’ll Be Gone In the Dark, is that such a bad thing? I mean, I know in this day and age I’m supposed to pick a side and stick the hell with it. And argue for it. And be willing to die for it. But in the case of this documentary, I choose to quote Ms. Hipster: “I didn’t hate it.” Faint praise, I know, but she also said “It held my attention in a pandemic.” I agree, semi-wholeheartedly.

Ostensibly this is a documentary about the search for the catchily-named EARONS killer. Or maybe it’s EAR/ONS? Yeah, I know, it just doesn’t have that sexy ring to it. The EAR part stands for East Area Rapist. The ONS part stands for Original Night Stalker. Oy, why so many names for one dude? And, as if that’s not confusing enough, author and the other main subject of this doc, Michelle McNamara, renamed him again as the GSK. Or Golden State Killer. I’m not sure why she got to choose an all-new moniker for him, but that she did. Which I suppose is fine, but perhaps the whole EARONS thing is why we’ve never heard of this dude before. He’s certainly no Green River Killer or Hillside Strangler.

I didn’t read McNamara’s book, which is also entitled I’ll Be Gone In the Dark. But the doc is based on that, and it and she play a central role throughout. In fact, it could be surmised that the actual focus of the doc is her and her incredibly dedicated (and obsessive) pursuit of the identity of the Golden State Killer. At some juncture it would actually be the more compelling story. Not because the narrative of a serial rapist/killer and the traumatic aftermath of his victims isn’t compelling, but that part feels like pretty typical documentary fodder at this point. Especially with the preponderance of true crime limited series and podcasts of all stripes cropping up on what feels like a weekly basis.

And, yes, this particular doc has the opportunity to focus on a multitude of rape victims over 40 years out from their traumatic run-ins with the East Area Rapist (as he was known at the time), which is a really jarring reminder that these once young women with everything to look forward to still suffer the scars of what they experienced as these older woman we now see on screen. But somehow they feel apart from what McNamara is doing. They are a compelling story. But she seems to feel more driven by the mystery and by obsession than giving these poor woman closure — at least over time. And this is the other interesting part, as we watch McNamara spiral and kind of lose the string of why she’s doing what she’s doing.

Of course, it does feel a bit like the makers of the doc build a bit of a mystery within the mystery. Who is Michelle McNamara? We certainly get some sense from her family and her husband, Patton Oswalt. And even some from Michelle herself. But there is clearly something going on here that we’re not let into. The obsession. The seeming abandonment of her young child. And, to some extent, her husband. As she goes deeper and deeper into the serial killer rabbit hole. There is clearly something unhealthy going on with her relationship to reality. Yet nobody seemed to realize it. But how? They must have known something was up. One doesn’t just OD on a cocktail of drugs (including fentanyl!) out of the blue. It’s made clear several times that she’s in a dark place looking at and thinking about a rapist/murderer 24-7. And that she’s not sleeping or eating well. I understand that every author has his/her own methods, but it seems like her extreme deep dive and lack of self-care should have sent up red flags.

Whatever the case, the makers of this doc must have had to tread a pretty fine line in order to get cooperation from everyone. They put out a good deal of the painful parts of Michelle’s passing and the aftermath, but it just felt like there was a hole there. There was mentions of her refilling prescriptions and her sleeplessness and whatnot, but they just didn’t quite go there in terms of the psychological toll this investigation must have been taking on her. I mean, clearly, dying is a pretty big toll, but I wanted to understand her and her struggle a little bit more. For them to flesh her out as a human being even more than they tried to do. So that we could understand why she latched on to this particular case? Why this particular forum? And why this whole experience had the devastating effect on her that it did.

It did feel as though once Michelle died (with her book only two-thirds done), the doc shifted into a more conventional gear. One that, to me, was less interesting. Yes, of course I wanted to find out who this dude was. And I wanted those poor women to get some closure, but the investigation part felt very by-the-numbers once the larger human interest story about the obsessive author dried up. I also really like Patton Oswalt, but some of the scenes with him I found kind of awkward and a bit performative. And maybe that’s because he’s used to performing, but something about them felt a bit staged and/or stilted in a weird way. That could have been the filmmaking more than him, but when he was on screen it did make me squirm a bit. I just wished I could watch him in AP Bio instead and not watch him be serious and emotive.

So, once again, I’ll go with Ms. Hipster and say that, sure, I’d recommend folks watch this. It’s a little bit different than your typical serial killer doc because of the book’s author really acting as the central character. We get her perspective. And we get the victim’s perspectives. And then we get the more typical perspective of the police detectives and agents who ultimately identified the Golden State Killer and gave everyone at least some peace of mind they deserved.