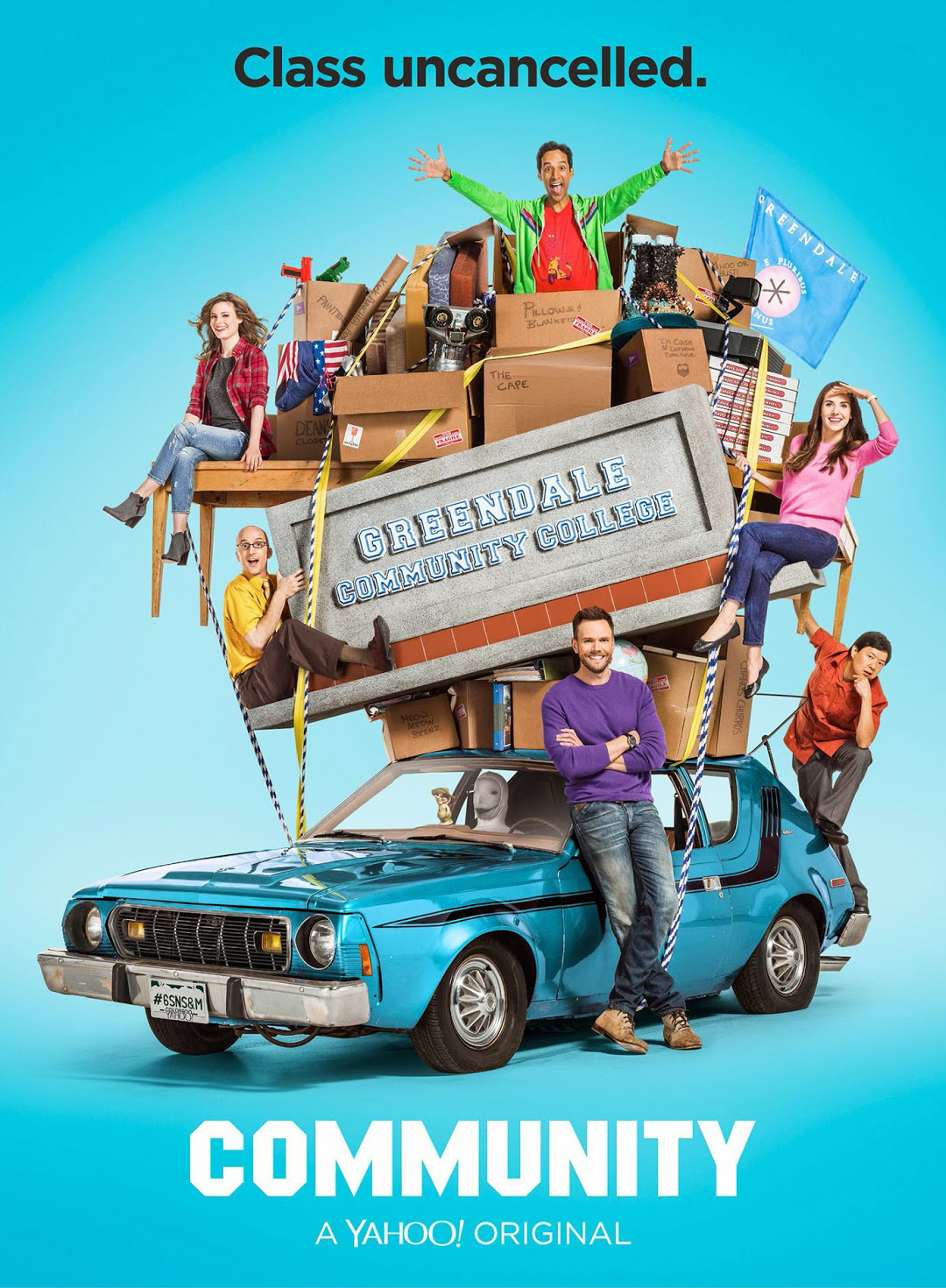 Community is/was always a hard one to categorize. It wasn’t one that came up a lot with anyone I knew and I rarely, if ever, brought it up outside of the context of my own brain. It was much like Scrubs in that way (and many other ways). I could get into it as much as I felt like putting myself into it. And, honestly, the show’s creators seemed to take the same tack throughout its run and especially in this, what I assume is its last and final season after moving from NBC to Yahoo! Screen. There was some mishigas a few years back with creator and mastermind, Dan Harmon, that had the show actually taken away from him, but it’d been back in his hands for a couple years now, including this season’s Yahoo! run. And while Harmon is a super-smart guy (whom, I believe, seems to love intoxicants of many different flavors) and like a fatter, drunker, somehow more juvenile version of Seth MacFarlane, sometimes he can be a little too clever for his own good. That was the self-referential and almost self-pitying wormhole that this last season went down. That said, it’s not as though the show didn’t constantly break the fourth wall and talk about its characters as if they were indeed characters in a TV show and not actual people, but this season Harmon turned that dial to eleven and pretty much every scene involved some sort of reference to the show, how shitty things were since Donald Glover left (which I tend to agree with) and constant references to their predicament of being canceled and moving from network to the Internet. The whole thing felt a little less like comedy and more like Harmon bitching about how his brilliant show didn’t get a fair shake and that anyone who isn’t in the club is a jackass. Mind you, I’m in the club.

The other thing that was a little disturbing about Season Six (6) was the production quality. At times it felt as though I was watching a student production of some bad in-studio multi-cam series on the college television station. I couldn’t quite tell what was off, but concluded that it had something to do with the audio quality of the scenes in which there just wasn’t enough atmospheric noise (because they probably didn’t have NBC-type money to hire tens of extras to mill about all day) and even some of the set decoration, which felt thrown together from whatever wasn’t stolen by the NBC crew when they got thrown off the job. The whole thing just felt off in a kind of small, claustrophobic kind of way. The other reason for this may have been the cast. The lack of breadth in terms of who they had to play with and storylines to expand upon. The show used to feel much more wide open and the possibilities endless, but again with the departure of Glover, the elimination of Chevy Chase and the other departure of Yvette Nicole Brown, the cast felt kind of samey-samey and the jokes repetitive. Yes the dean lives to see Joel McHale take off his shirt. Britta is a spoiled wanna-be activist who can’t get out of her own way. Danny Pudi is autistic or whatever and talks about television and movies all the time. Alison Brie is a waste of eye candy and Ken Jeong is just weird. The addition of Keith David as the man-out-of-time technologist is funny for a couple episodes, but the gags also get mired in the sameness. Paget Brewster, as some sort of stand-in for the corporate or network overlord, is pretty decent, but again, she isn’t given a lot to do. The interplay between the characters, I realized, was really spurred by Glover and Pudi’s child-like relationship, which really was the driving force behind the show and acted as the planet around which all the other characters, main and secondary, revolved. The show was never quite the same after he left and as they shed some of the better secondary characters (most likely due to budget / availability) and reduced the on-screen time of others, it became more and more obvious that the core show just really wasn’t that great.

That’s not to say that I didn’t laugh at certain things in Season Six, but between the occasional laugh, I also didn’t find myself just smiling in amusement at the goings on. Instead, I found myself checking email, looking at photos of food and wondering if my Internet traffic is masked by those incognito tabs or just my browsing history (PS, it’s not.) Maybe some of that is the feeling that watching things that are essentially made for the Internet (I actually watched most of the series on my TV using the Yahoo! Screen app on my AppleTV) has less immediacy than watching shows made for broadcast or more traditional streaming services like Netflix, Hulu or Amazon. Like it’s automatically meant to not be consumed in the same way or be viewed with the same amount of scrutiny as those outlets. Whatever the case, it felt like Harmon created the show not to be taken as seriously. It felt like a shrug at times rather than a bold statement that quality and effort shouldn’t be dictated by platform. Almost as if he was apologizing within the text for what he knew in his heart would be an inferior, last-gasp product. This show once scaled the heights of the sitcom mountain and while certainly not in the upper-echelon with the Seinfelds, Friends or Cheers, or even the second-tier stuff like 30 Rock, The Office and Arrested Development (or even the aforementioned Scrubs, honestly), it was, at its height, a damn weird, but awesomely funny show. This version, however, felt like an epilogue bemoaning the fact that it could have been so much better.