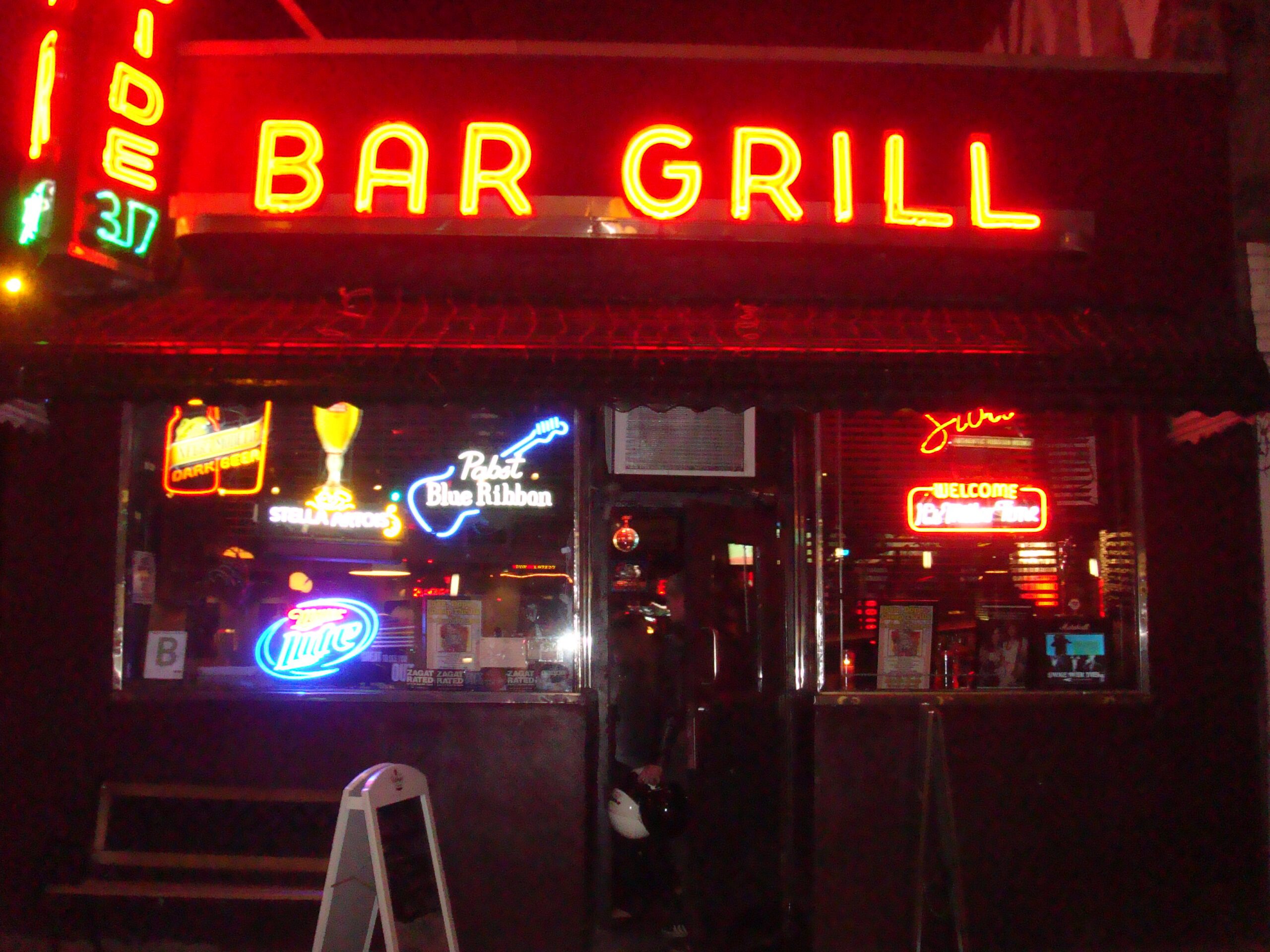 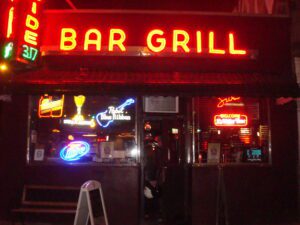 I’m not certain when in its lifecycle a bar officially becomes a dive. I mean built as new establishments none aspire to dive status do they? Don’t they just start off as regular bars and then through time, abuse, neglect and conditioning devolve into dives? I think we need a gnarly time-lapse photography experiment to show the weird opposing forces of unbecoming (just a bar) and becoming (a dive). It seems, standing in Parkside Lounge’s front room surrounded by stereotypical dive detritus, that this joint rose from time a fully developed dive. The fixtures and stools and pool table all worn just to that point, the dirty floor just so dirty and the crowd right on the verge, toeing the line on both sides of the light and dark. A bar/dive perfectly at the equatorial center of unbecoming and becoming. Granted, given the makeover this neighborhood has undergone in the last 10 years, time may be moving against the tide on this one — a bar unbecoming a dive and becoming just a plain old bar. And even as a bar, the place is pretty generic in its appearance, sporting your standard old, chrome bar stools, random tabletop video games, a foosball table and a beat up pool table lighted by an ugly 70s billiard “chandelier.” Then there’s the hodgepodge of neon and regular beer signs, grease-coated framed photos on the walls and a half beaten piñata and a TV that Archie Bunker probably put on the curb in ’74. So your typical un-designed drinking establishment. Then there’s the back performance space that seems to have something going on all nights of the week. I saw Dirt Bikes there, and believe there was a burlesque show coming on afterward. I don’t get the burlesque thing, really. But that’s a rant for another time. The space is candlelit and relatively cozy with its mishmash of tables and chairs. The “stage” is less a stage than a space in which a few amps fit backed by a Mylar curtain clearly supplied some some hack magician retiring from the kids’ party curcuit. And the room isn’t kind on short folks, but is certainly small enough that even a Lollipop Kid would have no problem hearing and possibly spying the top of the bassist’s head. I wouldn’t call Parkside charming by any stretch, but it certainly has that tossed-off quality that makes us non-blue collar folk feel like sometimes slummin’ it ain’t so bad. Now gimme a fuckin’ girder to weld. [MF]