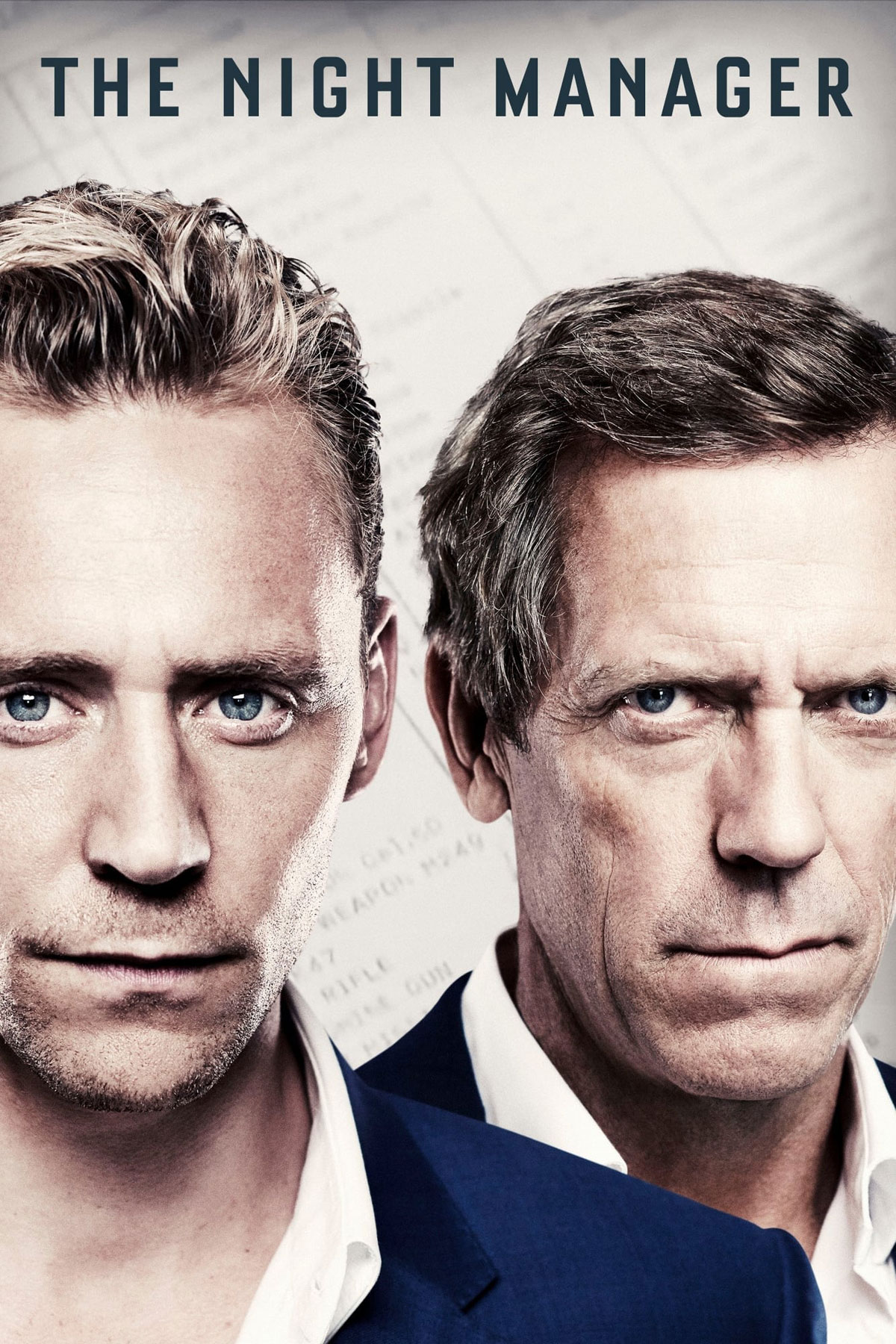 This is a show that just kept coming up. Low key coming up, but coming up nonetheless. And I don’t know if The Night Manager became a constant in my life because Tom Hiddleston and the Lokiverse just became all encompassing in the past decade, or if the spy thriller thing is just something that always hangs around because it’s classic. Of course this limited series is based on the novel by spy espionage master, John le Carré. So it comes to the table with some gravitas and some history. The serious stuff.

Honestly, though, I’m not like a le Carré head or anything. But when I see House himself, Hugh Laurie, on the poster — especially playing a somewhat smarmy, rich bad guy — I’m in. And, heck, I suppose I’m now a Hiddleston stan, too. He looks like a completely different human being without the weird Loki wig and funky outfits. Nope, he’s just a very tall, skinny sandy-haired British dude in slacks and a button down. Which is apparently irresistible to every woman who stands in the same room as him. Literally. The dude seems all shy and prudish, but he ends up in bed with pretty much every age-appropriate woman who walks on screen. And he’s in loooooove with all of them. Which is how this whole thing starts. Yes, he sleeps with the wrong woman. As the night manager of a hotel in Egypt, he hooks up with the side-piece of a connected, dangerous dude. Unless I’m misunderstanding their relationship, he’s with her for maybe a couple days? But when she is murdered in the hotel, Hiddleston’s night manager character, Jonathan Pine, goes off the deep end to avenge her death and bring down the man he holds responsible. This woman, Sophie, is his totem, his driving force to carry through on his mission. Despite the fact he barely knew her. And he continues to sleep with pretty much any woman who glances at him. The dude is weak that way.

I’m sure there’s a name for this genre of spy/espionage thriller. The “everyman” who is brought into the world of spycraft. Or deep cover. Or whatever it’s called when a government employee like Angela Burr (Olivia Colman) recruits you as an asset to help bring down a rich, powerful dude like Dicky Roper (Laurie), who she suspects of being a big-time arms dealer. Hint: he totally is. After all, Pine is merely a night manager. Which, in an almost funny way, is how people actually refer to him. “Excuse me, sir, are you the night manager?” “I know who you are, you’re the night manager!” Maybe it’s a British thing, but apparently there’s a distinction between the day manager at a hotel and a night manager at a hotel? I mean, I guess it makes sense that there’s a day shift and a night shift that both need to be managed. But the title and the way people respond to it is just very specific and weird. Crazy English people.

As far as espionage stuff goes, this feels very familiar. Pine goes deep undercover, gets himself close to Roper and tries to play the long game to take him down. Of course there’s the femme fatale, Jed Marshall (Elizabeth Debicki), who also happens to be Roper’s girlfriend. And, of course, there’s the small group of henchmen who are always dubious about Pine’s new-found position of prominence in Roper’s cadre. It definitely has elements of the very weird (and very sexy!) 1990 Tony Scott film, Revenge. While Pine — the night manager — is getting deeper and deeper into the Roper business, his handler is losing control on her side and struggling to work her way through the politics of her country and the target of her investigation. Because apparently when international arms dealers sell to both the UK’s and US’s friends and enemies, our governments are usually privy to those goings on. After all, there’s money to be made on both sides. Which complicates the politics of things. Anyhow, it’s not all Pine skulking around, surreptitiously writing in his journal or stealing a child’s smartphone in order to WhatsApp his handlers. There are inter-agency dealings and international banking things… But mostly it’s lots of loving shots of Hiddleston’s face and some great shots of Hugh Laurie smoking cigars in beautiful locales. Not to mention a ton of vertical tracking shots of Debicki’s legs, torso, neck and head. If you haven’t read my The Kettering Incident review, you can read all about my fascination with her alien-like physique.

But, yeah, if you like international intrigue, smarmy bad guys and dubious good guys with a weakness for the lady parts, you’re going to looooove The Night Manager. Even if it means having to be tortured by Tom Hollander’s character’s repugnant come-ons, and his somewhat bizarro acting style. And having to believe that this booze-guzzling semi-dwarf is some sort of trained killer, and could almost win a fight against Hiddleston, a man twelve vertical inches his superior, then you won’t mind suspending disbelief for some of the other silliness. It verges, at times, almost like parody it’s so over-the-top and tropey. Yet, I think everyone can appreciate the fun, breezy performances from the main cast and maybe just take the show a little less seriously than it takes itself and you’ll be in great shape.