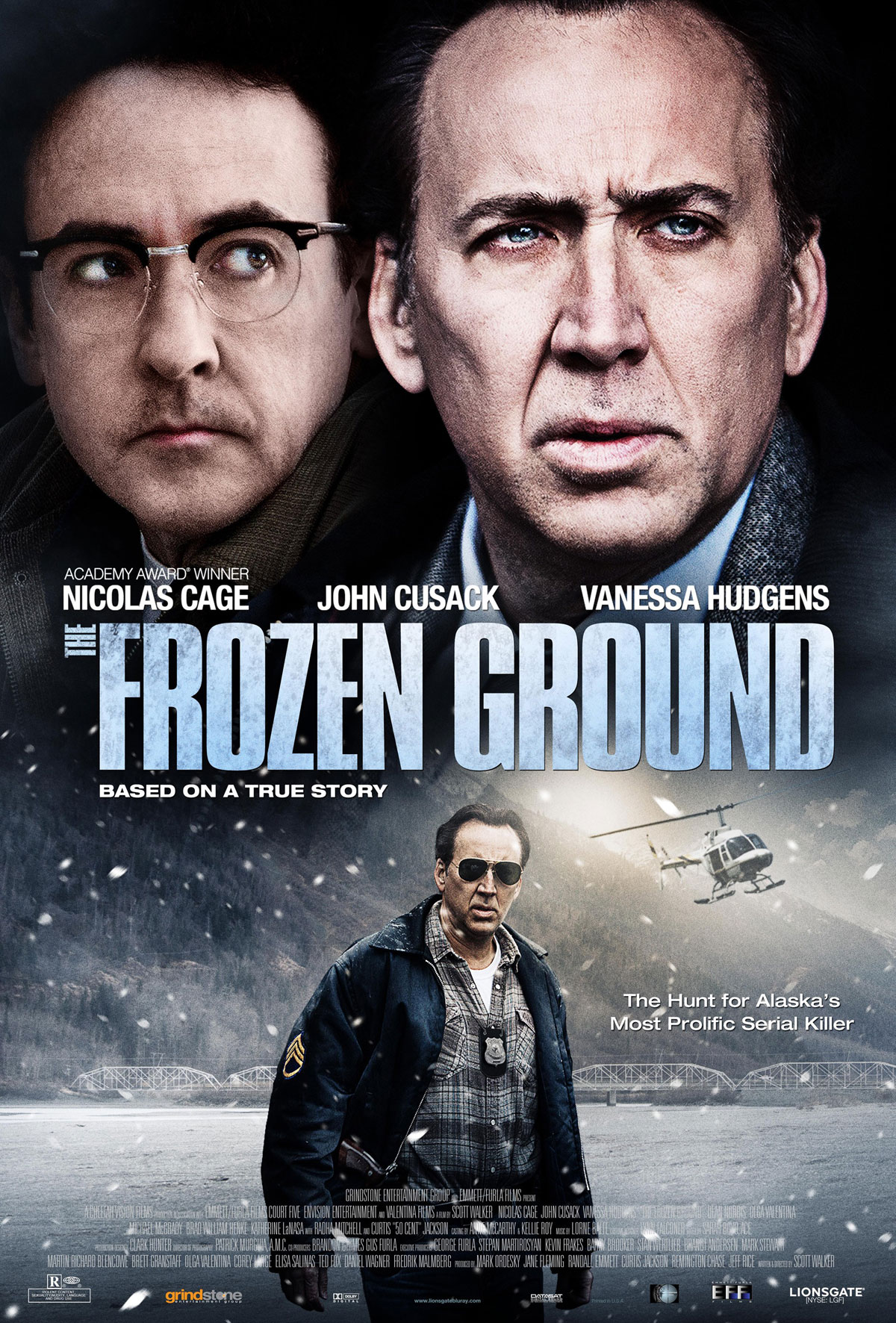 This is what happens to me on random nights. I open and close the 42 streaming services on my Apple TV and land on some awful-looking movie that has recognizable faces on the poster. And I wonder to myself, “How is it that I had no idea about this Nicolas Cage, John Cusack vehicle?” Of course, the answer is that it’s straight garbage and either lasted two quick days in the theater, or just went straight to video and got lost in the turbulent tides of the Netflix churn. But, despite my promise to myself that I’ll only watch ten minutes to see just how terrible it might be, I end up watching the whole thing. And hating myself so much afterwards.

Also, when did Cusack become the creepy guy? You’d think that would be Cage’s thing. But, no, you put a pair of horn-rims on him and he instantaneously becomes a bizarre, child-molesting weirdo. And then I’m like, wait. Maybe he’s been that dude all along. Craig Schwartz from Being John Malkovich? Creepy-ass puppeteer. And post this movie in Utopia. Creepy-ass biological engineering CEO dude. I’m sure there are some other creepy roles in there — all of which have Cusack wearing that same pair of glasses. Regardless, he’ll always be Lane Meyer, Hoops McCann, Lloyd Dobler and Rob Gordon to me. And, yes, all those characters may have their faults and idiocies, but none of them tied girls up and raped them in his rumpus room. And sorry if this is a spoiler, but it’s pretty evident from minute one that Robert Hansen (Cusack) is your man. Also because this is based on a real serial killer named Robert Hansen. So, yeah.

The frozen ground in Frozen Ground is in reference to the fact the thing takes place in Anchorage, Alaska. And, well, that’s generally where you bury bodies of young women you’ve killed. In the ground. And, like most of this film, that super-literalness abounds. Something happens and that’s what happens. Someone says something and that’s what happens. You think this bizarre dude is kidnapping and murdering girls in his game room and that’s what’s happening. And I think that’s in part because newbie director (and unfortunately named), Scott Walker, made a conscious decision to make this thing feel straight-ahead documentary-ish. Or bio-pic-ish? Though for some reason people look at this mumbling loner and are like, “He seems like an okay guy.” And, I’m sorry to say, perhaps it’s Cusack’s acting. Because he plays the dude in a way that he would be the first suspect if anything happened. If I heard a girl was missing, I’d just point right at him and be like, “That dude did it!”

And then we have Vanessa Hudgens as an underage prostitute (despite being 26 at the time) and 50 Cent as a pimp in a ridiculous wig. And, of course, Nicolas Cage as state trooper Jack Halcombe. Because the lead actor always has to be named Jack. He’s not based on a real person in this particular case, so they almost had to name him Jack. Not Kevin. Or Doug. Or even Jonathan. Nope, it’s Jack (or Sam if you’re getting crazy) or nothing. And all boys must be named Henry. It’s the default on whatever script-writing software these dudes use. Remarkably, Cage is actually okay in the role. He’s not asked to do much as the dogged cop. I’m not sure I buy him as an Alaskan by any measure, but in 2013 he hadn’t quite gotten super-weird looking. So it didn’t distract from his surprisingly low-key performance. Honestly, he just kind of kept his head down, did the work and seemed rather like an actual cop. So good on him.

The rest of it, though, is kind of a large shrug. The narrative gets a little clunky with the pimp stuff and the whole Robert Hanson character is confusing. And it felt like maybe this first-time director couldn’t quite get his head around it either. And directed Cusack poorly. The performance and the whole cadence of the thing is off. And, remember, this was supposed to be a ten-minute excercise for me. So for me to stick around, something has to either be shockingly decent, straight-up bizarre to the point I can’t look away, or confoundingly mediocre. And sometimes so-bad-it’s-good. This one was in the mediocre category. It reminded me of a slightly better version of this absolute garbage TV show, Big Sky, that I tried and failed to get through. It had the same counfounding way of tripping over its own feet when it could have just walked a straight line. Granted, the acting in that show is some of the worst I’ve ever seen. Maybe the worst. So I suppose that just veered into terrible, whereas Frozen Ground cruised in the mediocre lane until the incredibly awkward ending and epilogue where we’re reminded this was based on a real-life serial killer. Who still probably had a better personality than John Cusack.