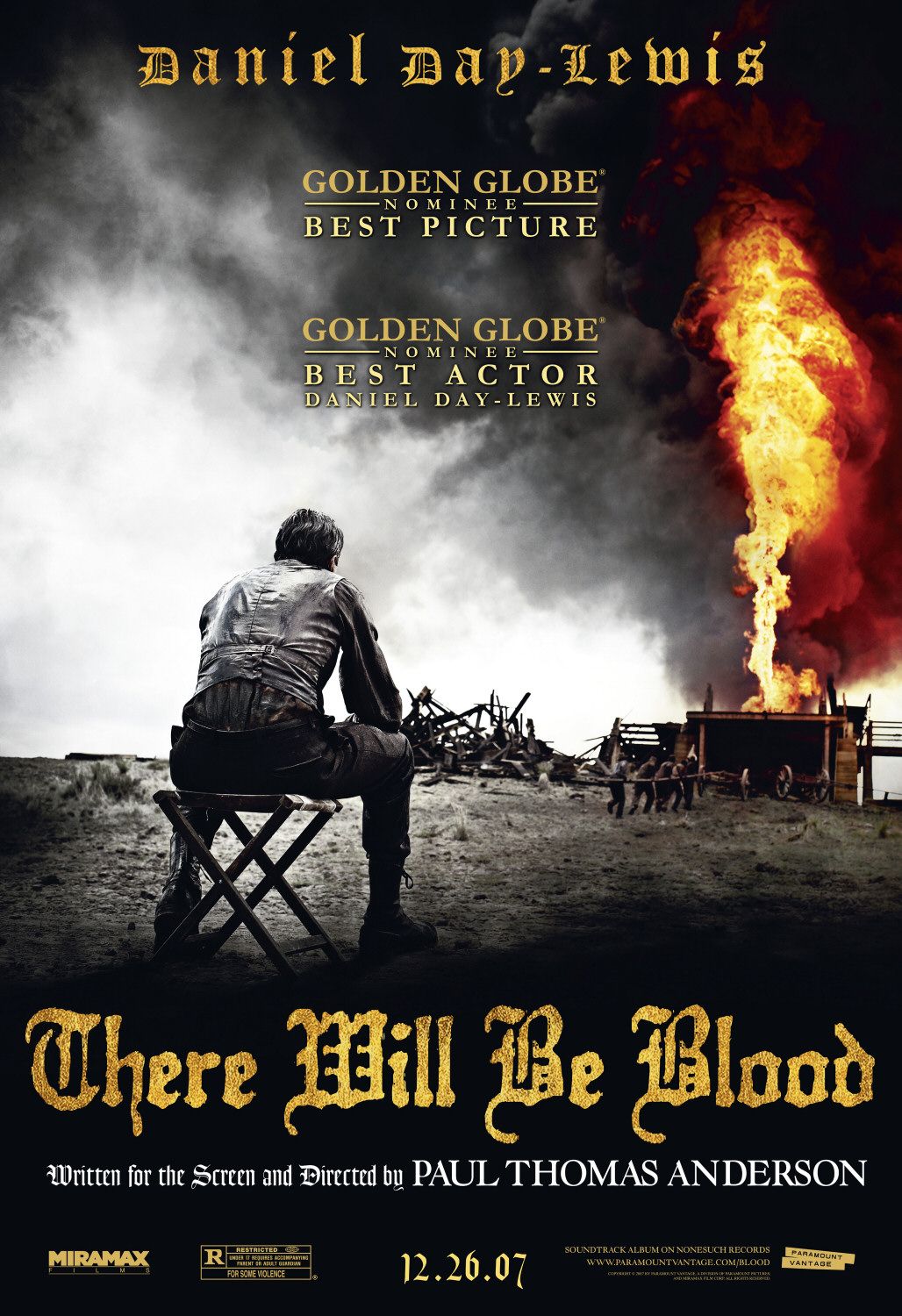 There Will Be Blood

I’ve been thinkin’ on this one. And, despite what most critics and IMDB users think, I’m going to declare it astronomically overrated. The fact that so many people actually enjoyed this film honestly shocks me, as it’s really a mess of a film. Sure it looks kind of nice, Daniel Day-Lewis does his typical manic overacting thing (The Last of the Mohicans anyone?) and the thing ends in bloodshed, but the question nobody seems to be asking is why is this even remotely good?

Let’s take Daniel Day-Lewis first. The guy’s talent is undeniable–if you’re looking for a guy who can do a mighty fine caricature. Seriously, think about all of the roles this guy has had. He plays loud. He plays big. He plays waaaay over the top. There is not an ounce of subtlety in a thing he does. Playing “crazy?” Black out some teeth, grow a greasy mane and grumble a lot. Playing heroic? Speak to crowds in a soaring voice and to women as though you just stepped from a bad romance novel. I felt his performance in this movie was inconsistent and honestly muddied the waters rather than helped them. It was his performance alone that may have leant the air of ambiguity that rendered the plot incomprehensible and his character’s motivations cloudy. I know the guy is supposed to be one of the best actors around, but in baseball terms he’s like a Cory Snyder type. Give me an Ichiro any day.

Secondly, let’s take the unfocused plot. The whole wordless beginning of the movie was a drag, and bordering on gimmicky. This guy, Daniel Plainview, discovers oil, and some guy he’s working with dies. The guy for some reason has a kid with him out in the middle of the desert, and no wife. So Lewis apparently adopts him and declares himself an oilman. Everything just starts too abruptly –especially given the slow burn of the first 15 minutes or so of the film. We’re thrown into the world of the oil prospector–a world that is presented murkily at best. There just seems to be no clear motivation with this guy. And when he starts to pretty much lose his mind after an incident happens with his son, it’s unclear what the hell is going on. Same with his rivalry with the local preacher kid. None of it makes a whole lot of sense, and seems to be coming out of left field.

This is not the first Academy Award winner I’ve questioned. And I’m actually a fan of Anderson’s other movies, including the enigmatic Magnolia and the “serious” Adam Sandler vehicle, Punch Drunk Love. While some of his other films felt epic despite their subject matter like Boogie Nights, this one just felt one-dimensional and bogus. It was a giant script for Daniel Day-Lewis to do his yelling and grumbling and stuff, and somewhere, somehow the thought got left on the cutting room floor. I’m not mad at you PT, just disappointed.