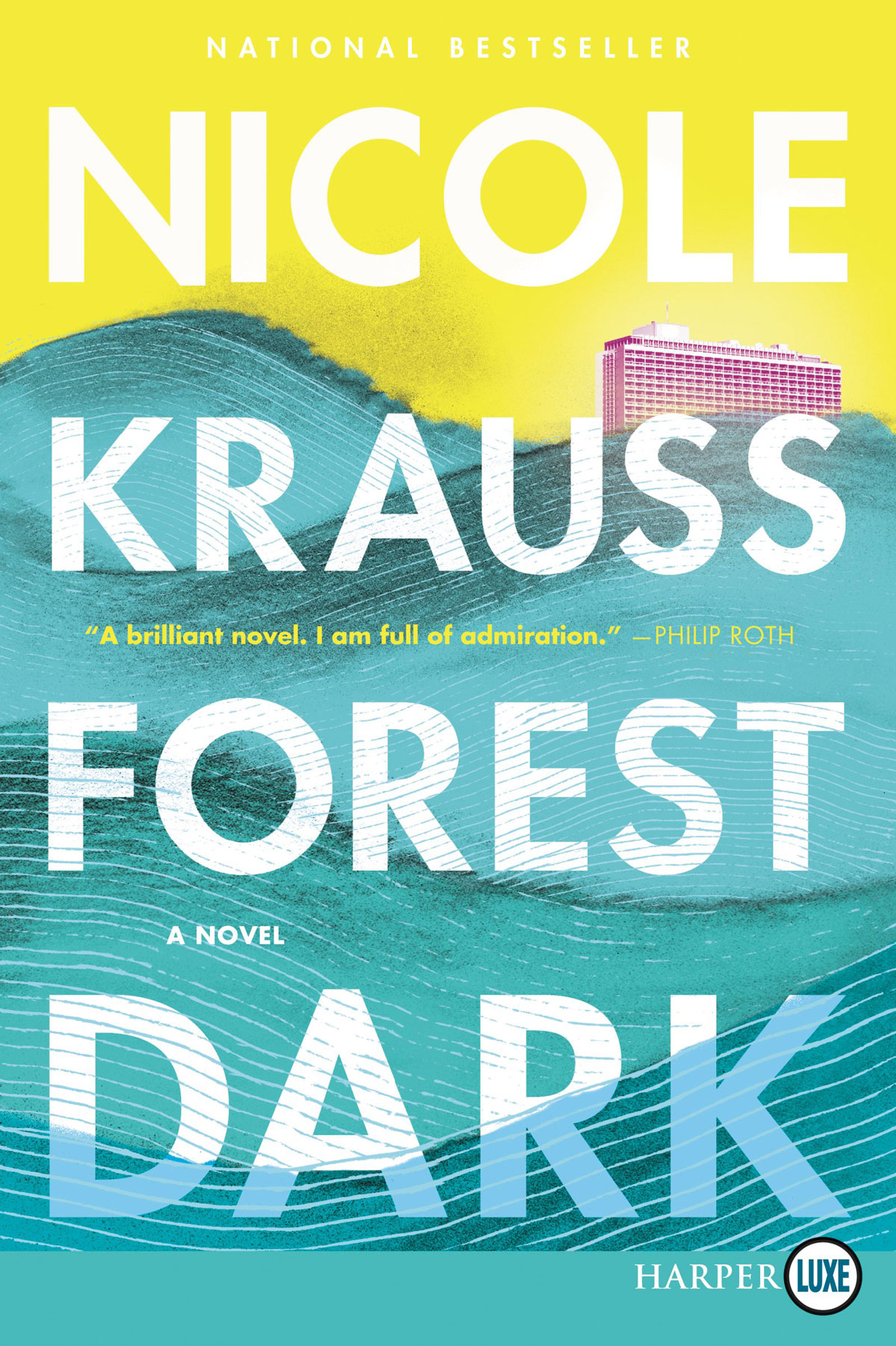 I won’t lie, it took me some time to get through Forest Dark. I’m normally a big fan of Nicole Krauss‘ work, but this one left me scratching my head. I had, to date, read all three of her previous novels and enjoyed at least two and a half of them. This one, though, was just way too theoretical and high concept for its own good. Though, even after finishing the last page, I was still unclear what that concept was supposed to be.

What little I know about Krauss’ personal life, I’m assuming that elements of this book are autobiographical. After all, one of the two main characters is a Jewish novelist and mother of two from NYC named Nicole who is suffering from writer’s block while also going through a divorce. That general biographical data matches Krauss exactly. And considering there was seven years between this novel and her last, Great House, perhaps she too was struggling to put word to page while going through a 2014 divorce from her husband and fellow author, Jonathan Safran Foer. So there is certainly that meta element to the book.

The thing is, Krauss usually develops stories in such a way that we really feel for the characters. We understand their backgrounds and she envelops them in a little bit of mystery and a little bit of intrigue that verges on magical realism. But, mostly, she weaves tales that are strong narratively. They’re like these beautiful puzzles that only reveal themselves when the last piece slides into place. Instead of that focused, crafted tale, this one is all over the place. The book itself almost reveals its schizophrenia by splitting its narrative structure by telling two tales — one about the aforementioned Nicole and one about this other dude, Jules Epstein. They both end up in Israel for different reasons, but they and their stories never cross paths.

I think this is my biggest issue with the book. I kept wondering why I was being told these two different stories. And figured that Krauss being Krauss, she’d work her magic and reveal something really awesome as we headed to the finale. But, no. We watch Nicole wander around Israel wondering about the multiverse (something that seems completely out of left field), talking a lot about a Hilton and delving into the zionist history of Franz Kafka. It all feels kind of like a weird fever dream, which is essentially a writer inside her own head sorting out her issues on our dime.

Now, if she had just stuck with the Jules Epstein story, I think I would have liked this book better. That, to me, felt very much like a Philip Roth novel — which is interesting considering his blurb appears on the book cover. A wealthy, older man in the throws of a life crisis, he comes to Israel after the death of his parents, a divorce from his wife and clearly questioning everything. Part of his attempt to make peace with things is to give away all of his millions in pursuit of honoring his parents and creating something real. All while metaphorically and literally wandering the desert. His tale is also a bit murky and almost silly at times, but is ultimately way more compelling in its spiritual journey than the Nicole tale, which feels way more contrived and like just a big attempt to get the Kafka story in there.

I’m hoping that Krauss has gotten whatever it is that she’s gone through out of her system. Even the moments of levity, which involve a wacky rabbi and some other Israeli characters, are just a little bit dour. The entire thing feels like a transition. Like an automatic writing excercise where she’s just thinking out loud while walking between novels. There is very little form to it. No beginning middle and end. No structure really at all. A meditation, I guess some might call it. And I feel like that’s fine for an essay, or even a short story. But for a novel it just felt like trying to capture smoke in a bottle.