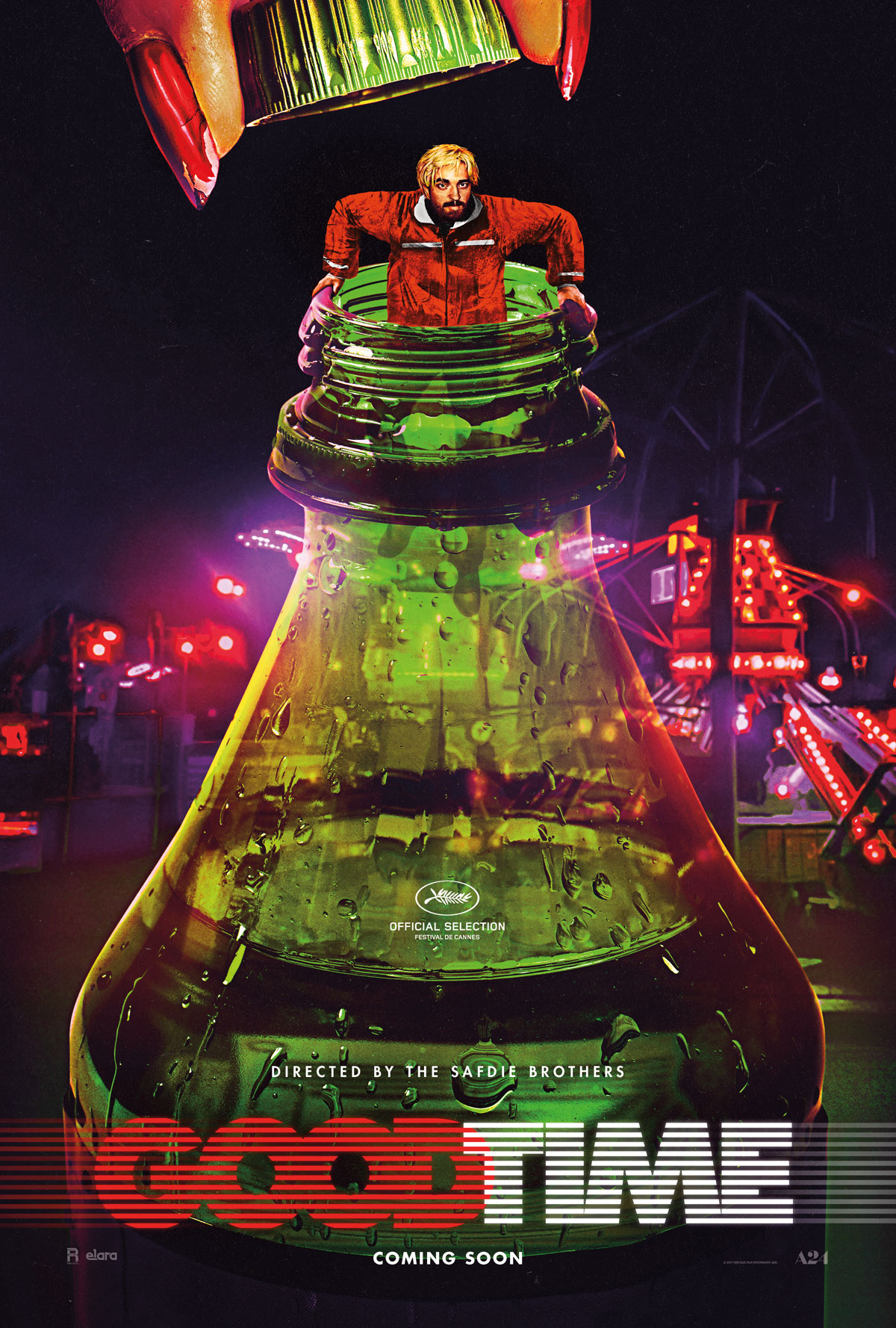 I do love a crime drama. And there is no better backdrop for these types of stories than NYC. And Good Time takes full advantage of the chaos and dinginess of the city. The realism with which the Safdie Brothers shoot feels like it’s of the city. Like Kids and some of the other mid-90s gritty dramas that use real places and natural light and characters who are not just archetypes. Honestly, it’s a lot to take. It’s uncomfortable and is really good at building the anxiety that we all feel just walking around NYC amped up to eleven.

The story here is pretty simple. There’s this dude named Connie. He is played by an almost unrecognizable Robert Pattinson. It’s a little unclear what exactly Connie does for a living, or really much of his backstory, but we have to assume by later developments that he’s basically a low-level criminal. We’re just kind of dropped into the middle of the story, which is an odd plot mechanism, but clearly a choice.

Connie has a brother named Nick who apparently suffered a brain injury at some point in his life and is institutionalized, or is at least receiving some sort of public assistance with his disability. For whatever reason Connie ropes this brother into his bank robbery, which ends up going sideways. Nick ends up in jail. Connie, failing to come up with the bail money, decides he’s going to break his brother out of the hospital he’s in after being beaten up in prison. And then the night of craziness ensues. It turns into one of those mostly-in-one-night adventures where Connie runs across a bunch of people with whom he interacts a la After Hours.

The Safdie Brothers clearly had a plan for the narrative, but much of it feels almost stream of consciousness. It’s not necessarily rambling like a Linklater film, but there is an ad-libbed quality to scenes that is clearly intended to make them feel hyper-real. The result is a very edgy, hectic feel. There are a lot of coincidences that verge on absurd, but the thing is moving around at such a pace that you don’t even have the opportunity to say, “wait a minute,” to yourself. Instead you just shrug and go with it.

They clearly go out of their way to not be predictable with stuff. Connie is dating a very pathetic, mentally disturbed Jennifer Jason Leigh character, who is a good twenty-five years his senior. But nobody seems to notice or care. He then later hooks up with a 16-year-old girl and, again, the writers don’t seem to pass any judgement on the character for doing so. Just casting Pattinson in the lead role is unpredictable in and of itself. Pairing him mostly with unknown actors and kind of New York characters is pretty refreshing. And he’s great in the role. Again, we don’t get much of a backstory per se, but he’s a very emotive and sympathetic character even if he’s doing illegal shit and being pretty insane.

Ultimately it’s more of an interesting filmmaking experience than it is a film. The plot is uneven and even a little tossed off. And the tone gets a little wonky at the end. But the kinetic energy and visceral feel of it is engaging in a way most modern films aren’t. It has the grit of a 70s movie, but the editing and action style of a Tarantino movie. They clearly have their influences and play them to the hilt. Plus they have a matinee idol playing a down-and-out petty criminal. I just wish they had done something to make the narrative more compelling and turn an interesting experiment into a truly great film.